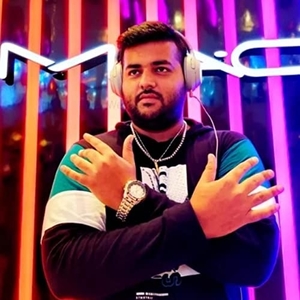 Learn How to Be a Sensational Music Producer from an Internationally acclaimed Pop music artist.

Being an avid creative visionary, my aim has always been to seek nothing
less than perfection in life. From being an International level tennis
player in the 14 and under category (representing India in the Asian
Junior tennis tournaments) to releasing an international hit Punjabi song
with about 2 million views worldwide, I have done it all single handedly.

In 2019, I released my biggest hit song which was a single called 'Bhoora
Bhoora' with Pav Dharia, who is one of the biggest pop stars in the
Punjabi music industry. His super hit song called 'Naja' has more than
420 million views on YouTube and was considered the biggest Punjabi
release of 2017. My collaboration with Pav Dharia charted at number 4

spot in the Desi Punjabi Spotify Global charts and stayed in the top ten on
several music streaming apps like WYNK and Gaana for a week. The song
was also included in the curated 'Bollywood Araby' official playlist by
Spotify next to legends like A.R. Rahman, Rahat Fateh Ali Khan, Neha
Kakkar, Guru Randhawa and Tanishk Bagchi. I planned the music video
for Bhoora Bhoora and managed the entire project which required
co-ordination with Pav in Australia to the shooting of the music video in
Rajasthan which was all managed by myself and was led by me.

I also composed and released another major song called ‘Future
Soul’ which was a future RnB song featuring vocals by Bollywood
Singer Avanie Joshi, released on Avanie Joshi's YouTube channel
and has over 258,000 views.

In 2020, I released a string of independent songs with ZM Top again and
also released 2 albums independently on YouTube and streaming
platforms.

Cancellation policy - If the classes are cancelled, the fees is NOT refunded.