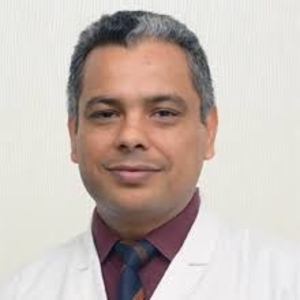 See the teachers in Macedonian

Our title is the key of your ad. It must be unique, catchy & have at least 12 words (without any special character(s)), like: • The name of the subject(s) you teach • The city or place where you teach

The concept of engineering has existed since ancient times as humans devised fundamental inventions such as the pulley, lever, and wheel. Each of these inventions is consistent with the modern definition of engineering, exploiting basic mechanical principles to develop useful tools and objects.

The term engineering itself has a much more recent etymology, deriving from the word engineer, which itself dates back to 1325, when an engine’er (literally, one who operates an engine) originally referred to "a constructor of military engines."[1] In this context, now obsolete, an "engine" referred to a military machine, i. e., a mechanical contraption used in war (for example, a catapult). The word "engine" itself is of even older origin, ultimately deriving from the Latin ingenium (c. 1250), meaning "innate quality, especially mental power, hence a clever invention."[2]

All languages in which the class is available :

ater, as the design of civilian structures such as bridges and buildings matured as a technical discipline, the term civil engineering[3] entered the lexicon as a way to distinguish between those specializing in the construction of such non-military projects and those involved in the older discipline of military engineering (the original meaning of the word "engineering," now largely obsolete, with notable exceptions that have survived to the present day such as military engineering corps, e. g., the The Acropolis and the Parthenon in Greece, the Roman Roman aqueducts, Via Appia and the Colosseum, the ziggurats of Mesopotamia, the Pharos of Alexandria, the pyramids in Egypt, Teotihuacán and the cities and pyramids of the Mayan, Inca and Aztec Empires, cities of the Indus Valley Civilization, the Great Wall of China, among many others, stand as a testament to the ingenuity and skill of the ancient civil and military engineers.

Our title is the key of your ad. It must be unique, catchy & have at least 12 words (without any special character(s)), like: • The name of the subject(s) you teach • The city or place where you teach

All languages in which the class is available

All of our reviews are collected by us and are 100% reliable. They correspond to a real experience lived by the students of Bajrangi.

This first free class with Bajrangi will allow you to get to know each other and to specify the exact learning requirements for the upcoming classes.