One language sets you in a corridor for life. Two languages open every door along the way. - Frank Smith

French lessons can be a really exciting adventure for beginners. The language is probably the most romantic and no matter what level of understanding you are at, a French course can always be beneficial. But speaking French out there? That could be a little tricky and would require more than just basic language skills.

French slang is often quite different from what you learned in your French course and even the simple vernacular idiom can be confusing. But there are some common French expressions, words, and phrases to get you around. If you can pick these up beyond your French language course, that should help you immensely on your journey of linguistic discovery. One good place to start is an online course that offers basic French language understanding and skills. You can also look up "French teachers near me" and get one-to-one classes for a stipulated number of hours. 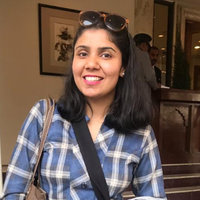 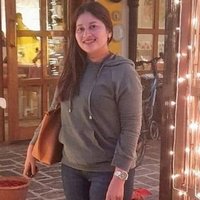 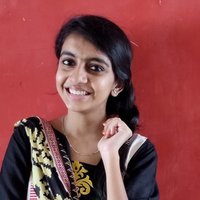 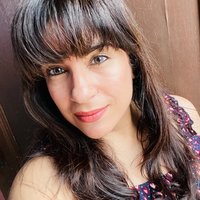 Popular French Words You Must Know

For intermediate students of the French language, it is expected that they will be familiar with some basic French expressions and phrases. For beginners, there are some popular words and phrases in French that can come in handy if you are planning on visiting France or speaking to a native French. You can read about them for free or enroll in a French course to study them better. You can simply learn them by getting

Information exchange in French requires a fair understanding of the most commonly used phrases in the French language. Most French language courses will teach you these across all levels. Here are a few examples to get you started. Everyday phrases like Bon Jour or Allez-vous bien are quite common.

Bon voyage is another very common French phrase when you want to wish someone to have a good trip or luck on their travel.

Here are some useful French phrases with their English translation:

The best learning experience of the French language can come from actually conversing in the language with a native French. That way you can understand the application of the word in a given context, make use of the correct grammar, and perfect your pronunciation. Practical knowledge is always more effective than any French course lessons. Especially if you are a French teacher, make sure you carry out most of the conversation during your French lessons in the native language. It is the most effective way of teaching and learning for both yourself and your students.

More French Words and Phrases to Get You By

Advanced French language students can learn some more conversational French words and phrases at school or with their private tutor. This is particularly useful while answering a question in French. If you have 100% clarity on the pronunciation (mind you, French words are not very easy to pronounce for English speakers), it becomes a lot easier to respond. You can spend weeks or years learning French, but until you get your pronunciations right, you will have a difficult time mastering it.

The French follow a 24-hour time format which means that they don't use AM or PM while referring to the time. Here are a few examples of how they make time references:

Another useful trivia is this- unlike the English language, where the words of the week come from Germanic Anglo-Saxon, the French weekdays are based on Latin designations:

French idioms are hard to master, no matter what level of French skills you are at. It takes a lot of practice and expertise. You may every word of a French phrase, but still, fail to understand the full meaning of a French phase. Ever wondered why? It is because most French courses and regular classes don't teach you French slangs or put enough emphasis on conversational skills. Your regular French class will teach you how to read and write French, many new words, and even test your pronunciation. But until and unless you put them to practice, all those hours of learning and teaching fails.

London or France- Must-Know French Words for All

Spoke French, like spoken English, has a few very commonly spoken terms and phrases. Here are a few examples of such phrases and their use:

There are still some other phrases that are used as suffix or prefix to a sentence:

French lessons can actually be so much fun, right? Try finding out some other commonly used French slangs and expressions from French newspapers and use them with your learning buddy at the French class. You can choose to study in a group or pairs and exchange useful information on the French language.

Here are some idiomatic expressions in French you might hear from annoyed people:

In English, it translates to "I am so tired of this!". It can be used for anything that really annoys you. For example, when someone keeps pushing the date for an important meeting, it is the perfect time to use this phrase in French.

In English, it means "feeling blue". This expression was supposedly first used in French poet Baudelaire’s book Les fleurs du mal and is derived from poor living conditions infested with vermin, which is depressing.

If you know any French person known to get progressively angrier, this is the best phrase to describe his behavior.

This is another common French phrase that loosely translates to "Mind your own business" in English. The inhabitants of previously colonized countries probably wished France had taken care of their onions and left them alone instead of imposing French culture on them.

The Quirky Side of the French Language

Learning another language is like becoming another person.- Haruki Murakami.

Your regular French course may not familiarize you with the amusing side of the French language. In fact, a lot of people only know French as a romantic language but did you know that it is a fun language too?

So here are idioms in the French language to improve your vocabulary:

Learning new languages is more fun when you know the history and origin of words and related information. So, if this has got you all amped up to take up a French language course, check out the French lessons on Superprof India right away!