For kids, physical activities and toys are naturally the most fascinating. As they get immersed in play and get a feel of how it works, they learn the tricks to gain amusement from the task. Most of us don’t realize that kids learn and comprehend physical laws while playing.

Rather than just reading about scientific ideas, kids learn first-hand about the basic principles of Physics during outdoor games. Cycling is also considered one of the major ways of developing several Physics principles of motion, forces, balance, and velocity ratios. Swings, on the other hand, help them realize angular momentum, the idea of masses in a circular motion.

There is a whole world of Physics for kids on the internet. Let's find out the fun and interesting things you can learn and understand in online Physics classes for kids in India! 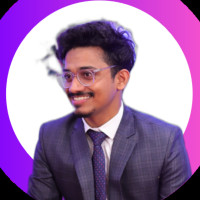 Physics explains how the world around us works. Many of our modern technologies are based on scientific discoveries made in the science of Physics. Engineers use Physics to help design airplanes, cars, buildings, and electronics such as computers and cell phones.
Physics or engineering Physics students are prepared to work on frontier ideas in science and technology, academia, the government, or the private sector. Careers in Physics and related fields might focus on basic research in astrophysics, cosmology, particle physics, atomic physics, photonics or condensed matter physics, or more applied research in renewable energy, quantum information science, materials development, biophysics, or medical physics.

Physics is an incredibly broad subject, meaning that you might learn about topics as varied as particle physics, electricity and magnetism, classical mechanics, modern physics, relativity, and thermodynamics, to name but a few.

Being able to critically analyze a situation and solve even theoretical problems are core skills that an undergraduate needs to do well throughout a Physics degree. As such, this field is highly regarded as being able to think outside the box and apply various approaches to try and solve a problem.

Having and developing such problem-solving skills is not only good when it comes to your education in Physics, but it can also benefit you when applying for jobs once you’ve completed your degree.

Although a Physics degree is naturally highly embedded in science, Physics graduates don’t necessarily have to go into scientific jobs, and you certainly don't have to become a scientist or physicist if you don't want to.

Physics is intrinsically linked with other subjects. One of the most obvious connections is maths. Physics without maths simply wouldn’t work, as maths is needed to help solve formulas and understand and analyze Physics experiments and studies. As a result, any student interested in maths could easily decide to take up studies in physics at university, and vice versa.

There are even joint degree courses in maths and physics available at some universities, recognizing the strong and enduring link between these two subjects.

How to Make Your Kid Learn Physics?

Children have a natural curiosity to learn and understand, they like to question everything they see around themselves and this gives you the opportunity to explain Physics in simple terms to them.

Physics is perhaps the most common occurrence in all the sciences. And in terms of an everyday phenomena, it is the most relevant in our day to day lifestyles.

Here are top tips to make your kid understand Physics:

Learn Physics From These Useful Resources

To ensure an effective Physics education, students must be actively involved in processing Physics knowledge by making sense of concepts independently. The information is not merely transferred from the teacher to the student. Diversified teaching and learning techniques of Physics are integrated to help students who want to learn the subject.

Physics teachers can thus tap into the best of brain-compatible learning and applications to provide new and innovative ways to reach students. Here are some great places where you may find online Physics resources and Physics tutors in India.

Have you tried these fun Physics experiments yet?

Edcraft provides interactive online courses with storytelling and craft mechanics to engage kids in real science and experiments. Students can start from just 10 minutes a day. Units are developed based on the best sources, the expertise of methodologists and psychologists, and divided into 10 lessons with gamified tasks.

The child solves plot game problems to learn new topics and consolidate what he has learned in each course. No boredom! All the tasks are unique! At the end of each course, the child takes a test or completes a game, receiving a diploma if successful.

Unit 1. “What does everything consist of?”

As part of the course, the child will learn about the specifics of the molecular structure of various substances and master the basic terms of physics.

In this unit of the course, the child will get acquainted with the basic laws of mechanical movement and the interaction of physical bodies and learn what inertia is and how friction affects a person’s life.

In the third unit, the child will learn how one type of energy is converted into another, how the law of conservation of energy works, and why it is impossible to build an eternal engine.

During the last unit of the course, kids learn what sound and light have in common and how and why electric current is generated. They will even build simple optical devices!

Khan Academy offers practice exercises, instructional videos, and a personalized learning dashboard that empower learners to study at their own pace in and outside the classroom. The portal offers students a Physics Library that comprises the following courses.

Young-Scientist (YS) is a start-up specializing in science education for children, making it fun and interesting. They employ visual learning techniques in a stress-free, hands-on environment where science is brought to life through experiments and activities. The start-up has already partnered with schools, Montessori learning centers, MNCs, and non-profit organizations to expand its reach to as many children as possible. They conduct weekly Math, Physics, Chemistry, Engineering, and Robotics workshops at Chennai's Indian Institute of Technology.

Check out these fun Physics games for kids!