BlogActingWhat Types Of Acting Techniques Are There? 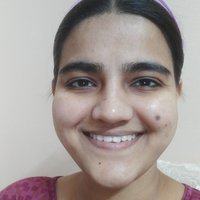 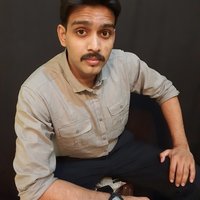 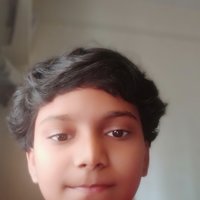 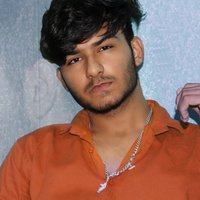 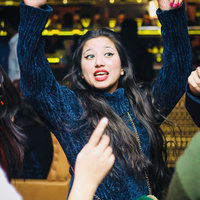 As a novice, you may look at acting as simply a case of pretending to be a character whilst you are in acting classes, rehearsals or performing on stage. Little did you know, however, that there are different techniques involved in acting, just as there are in the other creative arts (take painting styles, for example) and even different styles and techniques in theatre and playwriting.

If you are showing an interest in Drama because you want to hopefully pursue a career in acting, then you really should know and understand the different techniques. Some have been around for a long time, whilst others have emerged thanks to modern developments in theatre, but all have their own distinct properties.

Here, I have listed some of the principle acting techniques and styles and explained how they differ from one another, but also how they share some similarities.

This term, which often conjures up images of Shakespearean actors,  is relatively broad and integrates the expression of voice, body, imagination, and script analysis, focusing strongly on precision. It is based upon the theories and principles of a selection of classical actors and directors.

The Stanislavski method, for example, draws on feelings and experiences that are said to convey the truth about the characters being portrayed. The actors are encouraged to put themselves in the mindset of the person they are playing and to find links and things in common to make their performances feel more genuine.

Classical actors are geared up towards the action, rather than the feeling of the performance, yet they still deliver their lines and dialogues carefully.

What sets classically-trained actors and actresses apart from those who have undergone Method Acting training is that Classical performers use a precise script combined with their own interpretation of the lines they have learned and rehearsed to bring their characters to life before the audience.

Method actors, meanwhile, are less controlled, making room for a little bit of improvisation and less attention to detail when it comes to the action that takes its course. With Classical Acting, you memorise your lines and you don't deviate from the script, so performances are solid and what one can expect when going to watch a play of this kind.

Even though it has quite rigid rules, audiences have loved this style of acting for centuries - for a long stretch of the history of theatre - so it clearly has a good impact on spectators!

Method Acting encompasses a range of techniques formulated by Strasberg in order to develop a cognitive and psychological understanding of the actor's character, bringing to the surface raw and powerful emotions. The individual is urged to draw on their own experiences to identify personally with their role, so it is also based Stanislavski's ideas (as are the Stella Adler and Sanford Meisner techniques which are seen as different from the Method Acting umbrella).

A Method actor will take his or her role so seriously, that they will be willing to put themselves through pain or sorrow just to depict a stronger and more raw emotion on stage. So, for example, if the character is supposed to be going through heartache, the actor will focus intently on a situation in their life that made them feel sad or full of pain. Real tears are far more believable than crocodile tears, after all!

The primary tool used by Method actors is 'sense memory', i.e. remembering emotions and bringing them to the surface.

Lee Strasberg, the true creator of this acting technique, believed that actors should live and breathe their characters in the run up to performances.

One example of an actor who took this intense approach to his work was the late Heath Ledger, when portraying the mentally unstable Joker in Batman: The Dark Knight. The actor, who won many posthumous awards and honours for his performance in the film, was said to have become heavily involved in his rehearsal of the role and was almost obsessed.

Whilst 'living' as this controversial character, it is clear that the celebrity had his very own battles that he was working through behind the scenes before he met his untimely death whilst filming the last scenes.

Just like the amazing Ledger, Method actors refuse to break their composure and risk losing that connection to their character until the last scene is finished and they hear the word 'cut'. Many committed actors or actresses will alter how they live just to make their performance more authentic, like taking up smoking, changing their diet, messing around with their sleeping habits and more.

The Meisner Technique, formulated by Sanford Meisner, asks the actor to focus on nothing but the other actor or actors in the scene with them, as if nothing else in the world exists during that moment. The idea is that the intensity of the performance makes the scene feel more authentic and powerful.

Listening is one of the primary tools used by actors following the Meisner Technique. Actors on stage listen to one another, responding to impulses and having real conversations rather than responding to cues and simply reading lines. By reacting with instinct, even if spontaneous at times, the person is being truthful to the character and the audience.

You would expect, as an actor, that you would be expected to memorise and plan for a performance. Meisner didn't believe in planning, though, or even engaging with the fact that you were an actor. In his eyes, he wanted the performers to tell themselves that they were just individuals existing in imaginary situations, reacting and improvising with the circumstances that occur in the scenes.

Therefore, in a complete reversal from Classical Acting, this technique throws away the rule book, makes you go against your instincts to plan and prepare, and asks you to instead go with the flow and respond to what you are given!

You can learn the Meisner technique and others by typing "acting classes near me" into your search bar or looking directly on Superprof!

Last but not least, Practical Aesthetics is a technique that derives from a conception that David Mamet and William H. Macy came up with, based once again on the Stanislavski method, along with the Meisner technique and the philosopher Epictetus. The approach includes script analysis, repetition exercises and explores adaptability.

As a technique that is highly influenced by the teachings of Stoical Philosophers, Practical Aesthetics is quite literally about applying theories that are capable of being put to use.

Quite the opposite of Method Acting, which its creators found to be a self-indulgent method of acting, the technique is seen as a tool that focuses on the actor's will, intention and the actions that follow thereafter, all of which benefit the actor, the director and the writer of the piece equally.

If all of the above is too much to take in all at once, don't feel disheartened. Sometimes, all it takes is to try out a particular style of acting to see if it works for you and, if it doesn't, then you can explore the other techniques until you find a method that you feel comfortable with. Also, you might not play a piece by Bertold Brecht the same way you would play Shakespeare or Eugene O'Neill.

Remember also that it all depends on how your tutor delivers instructions and the principles of your chosen style of acting, so understanding and connecting with them is equally important.

Below is a summary table showing some of the techniques adopted by stars in the industry today.

Find acting coaches all over the UK