Learn Acting from the best

The History Of Theatre 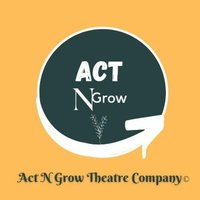 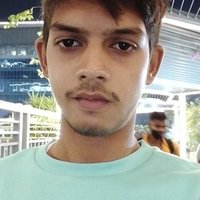 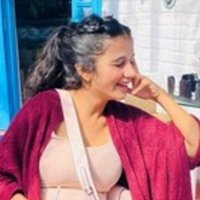 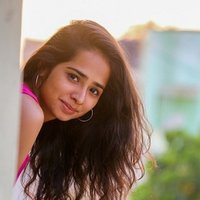 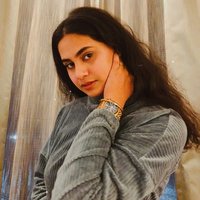 Drama Throughout The Times: Athens To Broadway

Western drama has been shaped by a number of influences over the centuries, starting with ancient Greek theatre, around the 5th and 4th centuries BC. Here is a summary of how theatre and drama has changed through the ages from Antiquity through to contemporary drama.

The term 'drama' comes from an ancient Greek verb meaning 'to do' or 'to act', and this is when it all began for the tradition. Come to think of it, the literal meaning of this word is very apt in describing the activity, yet the word has evolved over time to offer different meanings since its beginning. For example, in today's world, the word 'drama' is normally associated with situations that involve a conflict of emotions.

There were originally thought to be two types of drama: comedy and tragedy. That said, when you refer to dramas from the 19th century, this term actually refers to a staged theatrical performance that is neither one nor the other (thus the term took on a new meaning of its own).

A great example of a play or drama from that period is Ibsen's A Doll's House, which has subsequently been directed and performed by many theatre groups and studied as part of literature courses in secondary school and at university.

Yet another genre of drama produced by ancient Greece was a satire, or satyr play

Ancient Greek theater would have been very dramatic (almost like a pantomime), consisting of a Greek chorus, costumes, theatrical masks, and other ritual characteristics all of which would have been staged in an open air setting.

If you hear anything along the lines of Agamemnon, Antigone, Agon, Apollo, Aristotle, Athenian, Attica, Bacchae, Epidaurus, Eumenides, Dionysus, Oedipus The King, Prometheus Bound, Parados, Perseus, Dithyrambic, Iphigenia, Seven Against Thebes, Lysistrata, Orestes, Peloponnesian, Parados, Plato, Socrates, Cyclops, Plautus, Thespis, Zeus, the list really does go on and on! And all have their own links to ancient world plays by way of mythology, Greek gods, Greek empire, a representation of religion or Greek society and culture. Greek theatre would have painted a picture of the legendary Greek empire.

The most significant playwrights of Greek tragedies are Aeschylus, Sophocles, Euripides, Aristophanes and Menander.

The first three dramatists are commonly referred to as tragedians, whilst the two latter lyricists were seen as comic writers. If you have read a Greek tragedy as part of one of your educational courses or because you are drawn to the suspense, you will be familiar with the chorus, or group of people, who commentate on the story as it unfolds.

Rome was introduced to Greek drama and Greek comedy around 250 BCE, and many Romans reworked the original plays, dividing the stories into episodes, removing the choruses and replacing them with a musical element like an orchestra, or having them singing.

The Roman times were still influenced by Greek gods and mythological Greek culture, but Roman theatre was equally expressive of themes significant to Rome, Sicily and society in Italy in general, as well as classical literature and religious rites. Performances would have been composed of Venetian masks, ceremonial dancing and stylized with a range of facial expressions.

Hundreds of years after the first ever creations of tragedy and comedy, Medieval Drama brought something totally new to theatre, in a move away from reworking older styles. With the Christian Church originally opposing theatre, seeing it as controversial, religious holiday stories and scenarios from the Bible naturally started to be performed by leaders of the churches, and eventually, these performances became more elaborate and moved to other parts of the community (i.e. the stage).

Elizabethan drama developed during the Renaissance period thanks to a rejuvenated celebration of all types of art. The first ever Elizabethan playhouse opened around this time and plays by famous playwrights (like the acclaimed William Shakespeare, of course) were performed regularly across the country. His plays were more structural than had ever been seen before, and represented comedy tragedy combined to give well-rounded performances offering something for everyone.

Classes were very much divided in the 18th century, and writers drew on this in their texts. Many plays were therefore written for and about the middle class, moving away from the outdated themes that were covered by Shakespeare and his peers. Plays played on the battle of the sexes and were witty and humorous.

In the 19th century, Romanticism in Western Europe was born and focused on emotion and spiritualism, heavily influencing drama of the period. Romantic plays began to dominate the continent, with famous writers like Faust and Johann Wolfgang von Goethe becoming hugely popular.

Modern drama is what we would call many of the plays that emerged from the 20th century onwards, which developed due to further experimentation. Music played a big part in modern drama, while realistic drama was also increasingly popular. For some, though, this seemed a step too far from the origins of drama and theatre and they wanted the art to be revitalised once more.

This made way for a Symbolist movement, particularly in France, in the 1880s.

The Expressionist movement came about in the early 1900s and was darker and more grotesque, exploring the depths of the human psyche, turning stage shows into more like nightmares!

Other forms of theatre - pioneered for example by Bertold Brecht in Germany - sought to disassociate viewers from the emotions of the characters so that they could focus on the theme of the play.

Finally, contemporary playwrights of the 1960s and 70s began to focus more heavily on language and dialogue, with Tom Stoppard for one being a very important writer of the time.

This brings us to the 21st century, and theatre as we know it today.

There are numerous 21st century dramatists and playwrights actively writing today, yet many stage actors are still representing characters from classical plays, at times with a modern twist. Musical theatre is also a very prominent scene.

In a world that is obsessed with fantasy, many of the dramas that are turned into TV adaptations are linked to escapism yet we are all just as interested in the realism of other people's lives, hence why reality television is so popular in modern society.

The variety of different types of drama in modern times means that there is also a lot of room for different styles of acting.

For those interested in reading up on theatre history, or reading some of the Greek literature plays that derived from the classical Greek period or thereafter and the heroes that write them, you can find the most famous titles and plots (including a familiar tale or two) as well as biographies and history books by visiting academic book shops like Oxford University Press or Cambridge University Press.

But it's not just Cambridge and Oxford that are in the know about these ancient poets, philosophers and playwrights, bookshops across the country will have sections dedicated to ancient Greek plays through to modern day literature.

Drama On The Curriculum

In the UK, children up to the age of five are taught using methods that involve play, thus Drama is taught within the English curriculum at this early stage and through to Key Stage 4 as part of Speaking and Listening elements. The Spoken language section of the curriculum states that:

All pupils should be enabled to participate in and gain knowledge, skills and understanding associated with the artistic practice of drama. Pupils should be able to adopt, create and sustain a range of roles, responding appropriately to others in role. They should have opportunities to improvise, devise and script drama for one another and a range of audiences, as well as to rehearse, refine, share and respond thoughtfully to drama and theatre performances.

This means, therefore, that Drama is part of the statutory National Curriculum, yet many in the industry feel that this art should have more weight and be taught as a mandatory subject through to Year 11.

The above makes it clear that Drama plays a key role in learning, and that children should be enabled to express themselves through theatre and performance. With no Drama facilities and otherwise use-able budgets being spent in other areas of schools, this means that centres which don't offer Drama (and even some of those who) aren't giving their pupils the opportunities they require and are promised by the Department of Education to learn through role-play, understanding how to put together performances on a stage and standing up in front of an audience.

Many secondary schools do also offer Drama as a discrete subject from Year 7 and then as a subject choice at GCSE, but with numbers dropping for the arts, many have removed the option altogether.

This, teamed with top universities discouraging pupils from taking what they call 'soft' subjects, has resulted in many pupils avoiding Drama or simply missing out on the benefits of the subject through no choice of their own.

The DfE seems set on creating a 'one size fits all' curriculum whereby the arts have no place and are being forced out of schools. If they are not careful, all creativity will be taken away from students and their overall experience of education will become less stimulating and fulfilling (since Drama has many additional cross-curriculum benefits too).

Furthermore, as a result of the decline in uptake of subjects like Drama, teacher training centres for the subject matter are getting harder to come by.

Are you a Drama teacher struggling to find a position in a school? Like many others, you are probably urging decision-makers in schools to buck up their ideas about the creative arts, not only to help you find work but also to prevent all of those generations of pupils being denied an opportunity to learn about Drama.

Begin acting classes near me today with a private tutor from Superprof.