What Mythology Guides the Chinese Culture? Most people believe that China is irreligious - they have no gods to worship and, indeed, don't even believe in worship. That's true, but only in the sense that we define worship. They don't have a day set aside for divine contemplation and, while there are temples aplenty all across China, they generally don't hold services or mass. The people don't generally congregate for religious reasons and there is nothing akin to Christian fellowship.

There is belief, though. Lots of it. And in many figures - some human and others not.

Particularly impactful emperors are worshipped, as are exemplary citizens and one's ancestors. And then, there are dragons, monkeys and an assortment of deities. Of course, there are the 12 animals of the zodiac - they're not any kind of deity but they play heavily in Chinese mythology.

If you know anything about Beijing, China's capital city, you've likely heard of the Temple of Heaven.

China does have its version of heaven and the underworld, itself full of demons that may rise up to torment anyone. In comparison to Chinese demons, ours seem rather tame...

Today, on the eve of the Year of the Ox, as families all over China gather to eat jiaozi (dumplings) and other traditional foods, as their tellies blare the New Years gala, before the mad, hours-long blast of fireworks (to banish demons)...

Today, Superprof pulls back the curtain to reveal the gods and myths of China. 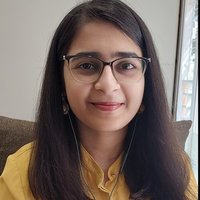 To walk the streets of China means being assailed with a panoply of totems, charms and symbols that signal the people's cultural and spiritual values. Walking the streets of any Chinese city on a certain day in the Spring, you'll likely see small piles of burnt paper encircled by a chalk ring.

If you do, please don't step on them; those circles/piles mean someone just sent their ancestors some money to spend in the afterlife. Not real money, of course. It's called joss paper or ghost money.

By these two statements, we see that Chinese mythology is rich in symbolism and ritual, at times whimsical and at others reverential, and with a liberal dose of history mixed in for good measure. So expansive is Chinese mythology that the New World Encyclopaedia defines it as:

A collection of history, folk tales and religious tradition passed down through the centuries, orally and in writing.

On the surface, that doesn't sound like anything much. In fact, it sounds a bit like any other religion... until you consider that China is home to no fewer than 58 recognised ethnicities (and several more unrecognised ones), each with their own traditions, histories and folk tales.

Through all of that diversity, there are two common threads. Perhaps the best way to understand them is to contrast them with religion as we know it.

In western religions, there tends to be a distinct hierarchy. The singular god - Jewish, Christian or Islamic figures at the top, and then, depending on the belief system, there are archangels, angels, patron saints, and prophets. In the living realm, there would be the head of the denomination - the Pope for Catholics, the Queen for the Church of England and so on.

Below these leaders come further levels: the leader of one house of worship reports to the leader of their district, their region, their...

There is no such progression with Chinese deities.

Chinese gods have equal power but are generally restricted to their particular domain - in that sense, they might be compared to patron saints. For instance, if you're hoping for romance, you would pray to Yue Xia Lao Ren - literally 'under the moon old person'. This male deity is the god of love. He's generally depicted wearing golden robes, a long beard and an amiable grin. He carries a red silk cord to bind lovers together.

On the other hand, if you're a man hoping to become more virile, you would drink snake wine - yes, that's a real thing. Snakes are closely related to dragons. In Chinese mythology, the dragon represents strength and power, so it's easy to see why men would want to drink wine that would imbue them with such qualities, right?

The phoenix is the dragon's counterpart. She is intuitive and a sound judge of character. Often, Chinese weddings will feature depictions of a phoenix and dragon together, symbolising a perfect match that promises good luck.

Find out how to learn Mandarin London here.

We may hang the odd portrait or two of our grandparents or, more often, keep snaps of them carefully tucked away in an album. In China, altars are built and, in wealthier homes, entire rooms are given over to their ancestors. Offerings of food are routinely laid out and, when any profound decision needs to be made, the ancestors are consulted.

There is no specific day, in western cultures, dedicated entirely to our ancestors. In China, the tomb-sweeping festival, Qing Ming, is the day when people visit their ancestors' graves. If it is an earthen mound, they pull the weeds and repack them; if it is a stone slab, it is meticulously cleaned and fresh plants or flowers are laid. As mentioned before, joss paper is burned and many families leave offerings of food and drink.

At the end of the attendance, firecrackers are lit to keep demons away from ancestral remains.

Qing Ming is more of a celebration than a sombre occasion; full of colour and noises and laughter and sharing of memories. Compare that with our reverential Remembrance day, which doesn't even celebrate our ancestors unless they died defending our country!

The Gods of Chinese Mythology

The Chinese have a god for this and a god for that; they also have a fully populated creation myth. However, we have to be clear: there is no overarching creation tale. The closest their narrative comes to supreme beings are:

We might more accurately say that Shangdi made creation possible and all of the other deities added their bit to make things the way they are. They were helped by the Three August Ones - Fuxi, Shennong (the divine farmer that gave us agriculture) and Huang Di (皇帝), the Yellow Emperor, traditionally considered the first Chinese emperor.

He is the one who commissioned the Terra Cotta army to defend him in the afterlife.

These rulers are worshipped because they were especially benevolent and morally principled. They are held up as examples of what to strive for and how to live one's life. Still, so far, there's not much in the way of mysticism in Chinese mythology.

For the most part, the Chinese venerate real people while giving a nod to possible creators but they have an astounding number of gods in their pantheon! Some of them are mythological animals.

We only touched on a few in this segment, to enjoy the whole array, you should read our companion article

Notable Figures Who Are Worshipped

Far more 'real' to everyday people are those folk heroes who, through some stunning act of selflessness, helped to preserve and advance Chinese culture and society. Ancestors provide the most visceral connection to their belief system. It is often thought that one's ancestors may intercede on one's behalf with the gods.

Other heroes from folktales often take precedence over any deity, especially when looking for a boost of a particular characteristic:

As you can see, contrary to the mostly paternalistic slant to western religions, Chinese mythology has no trouble elevating women or even according them goddess status.

To explain why and how these figures and others are so important in China would take a whole other article. Luckily, there is one...

Where do Confucius, Laozi  and Buddha Fit?

For many people, it is easier to understand the Chinese pantheon of gods as containing only the Buddha, Confucius and the founder of Taoism, Laozi. That concept is misguided because Confucius, Buddha and Laozi were philosophers, not gods.

The essential difference between the two is that religion demands faith while philosophy requires thought. Still, that doesn't stop plenty of people from worshipping in Buddhist and Taoist temples. As for Confucius, his legacy is more as a teacher than any kind of spiritual leader even though he too has temples dedicated to him.

Through these ancient philosophers, we get closer to the western concept of religion than with any god or deity in the Chinese panoply.

Buddhist temples are filled with statues: smiling Buddha, pensive, Buddha, reflective, amused, prosperous, vengeful, angry, sleepy... Chinese Buddhism dates back to the Han Dynasty, when Buddhist scrolls were imported from India and translated. Since then,  Buddhism in China has grown to touch every aspect of life, from naming one's children to deciding on a future.

Confucianism is more rigid in its structure; it has rules and rituals for adherents to follow. Confucius positioned himself rather advantageously, claiming to channel centuries of wisdom that emerged since the Xia dynasty. He might have overreached a bit because, during the Qin dynasty, his teachings were suppressed but they saw a revival during the Han dynasty.

Of the three philosophies, Taoism is the most mystical. It advocates for following 'The Way' or 'The Path' - the literal translation of the Dao. Its foundation rests on one of the oldest Chinese texts, the I Ching, which intones keeping human activity and behaviour in accord with the cycles of nature.

The Chinese tend towards pragmaticism so, when they approach these ancient masters' temples, it's more with a specific question or favour to ask rather than to worship them or ponder the meaning of existence. They already know what comes after death - their folk tales are full of stories about the afterlife.

Unlike western thinkers, they're not necessarily given to pondering why we're here. They accept that we are and adorn their lives with fantastic tales of gods and goddesses, beasts like the dragon and celestial bodies such as the moon. Every statue and every king has a story behind it; those stories are the true richness of Chinese mythology.

Chinese mythology is complex, integral to society and deeply personal. It is not as structured as the belief systems we're more familiar with but, then again, it is more a part of everyday life than our religions are.