There Are So Many Advantages To Studying Physics Physics is a fantastic subject to study at university, for a wide variety of reasons. Whether you’re thinking about physics courses at university, or would like to combine physics with another degree subject, such as maths or engineering, there are plenty of reasons why studying physics to a degree level can benefit you. For instance:

If you need any further encouragement to study physics at university, below are ten great reasons why physics is worthwhile studying at university, regardless of whether you plan to study the subject at Oxford or Cambridge or elsewhere. 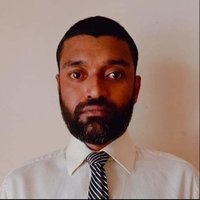 1. Find Out Why The World Works The Way It Does

If you’re a naturally inquisitive person, then there’s a lot you can learn from a physics degree.

Physics can teach us so much about, well, everything. Whether you’d like to know why the world moves, or want to understand the laws of the universe and what makes everything tick – from planets and solar systems to black holes – physics can explain why things occur the way they do and show us the interaction between phenomena we wouldn’t have otherwise seen.

It's also an incredibly broad subject, meaning that you might learn about topics as varied as particle physics, electricity and magnetism, classical mechanics, modern physics, relativity, and thermodynamics, to name but a few.

Of course, you can also choose to specialise in just a few or one of these areas as you continue your studies, but if you enjoy studying a range of different topics, then physics is certainly a subject to consider!

2. You Can Solve Problems

Being able to critically analyse a situation and solve problems, even theoretical problems, are core skills that an undergraduate needs to do well throughout a physics degree. As such, being able to think outside the box and apply a variety of different approaches to try and solve a problem is highly regarded in this field.

Having and developing such problem-solving skills is not only good when it comes to your education in physics, but it can also benefit you when it comes to applying for jobs once you’ve completed your degree.

Many employers value applicants with strong analytical skills and a physics degree is a great way to develop them.

3. A Wide Range Of Career Opportunities

If you’re wondering about what kind of jobs there are with a physics degree, the great answer is that there are so many to choose from!

Although a physics degree is naturally highly embedded in science, physics graduates don’t necessarily have to go into jobs that are scientific in nature, and you certainly don't have to become a scientist or physicist if you don't want to.

Of course, if you have your heart set on becoming an astrophysicist or a laboratory technician, then you can naturally pursue those avenues, but it's also important to note that there are other career paths out there for physics graduates.

For example, physics graduates may find themselves working in a variety of different sectors, such as:

So if you’d think that a career as an accountant, engineer, investment analyst, journalist, mathematician, or you think that another position entirely would interest you, then a physics degree is likely to help you reach your goal, even if indirectly.

If you do decide that a career in physics is something you would like to pursue, bear in mind that it might be helpful to try and secure some form of work experience within a related field in order to boost your chances of success.

4. It Keeps You On Your Toes

One of the other appealing aspects of learning about physics is that it is a constantly evolving field.

This means that you should never be bored when studying the subject, as theories that were once held in high esteem are challenged and replaced with newer, more dynamic theories.

If you like the idea of constantly learning, especially with a physics and maths tutor, a physics degree could really suit you.

5. It Complements Different Subjects, Such As Maths

Physics is intrinsically linked with other subjects, and one of the most obvious connections is with maths.

Physics without maths simply wouldn’t work, as maths is needed in order to help solve formula and generally understand and analyse physics experiments and studies.

As a result, any student that is interested in maths could very easily decide to take up studies in physics at university, and vice versa. There are even joint degree courses in maths and physics available at some universities, recognising the strong and enduring link that these two subjects have with each another.

6. It Gives You A Challenge

Physics isn’t known for being an easy subject. Regardless of whether you’re studying physics at GCSE or A-Level at school, or learning about physics at university and beyond, physics, like the other sciences, has a reputation for requiring particular skills, such as:

So, if you want to study a subject at a university that offers a challenge and will keep you engaged, then physics might just be the degree route for you, especially if you enjoy the mathematical side of the subject, such as solving equations or performing algebra or calculus.

7. You Could Work Overseas

If you would like to have a degree that enables you to travel and work overseas for an extended period, then physics is a great degree to consider.

For example, while studying a physics degree you may be able to land yourself an internship or work experience placement abroad. Equally, once you’ve graduated, you may be able to apply for jobs in other English-speaking countries, such as America.

Even if travelling isn't for you, there are still plenty of career opportunities available to physics graduates who want to be based in the U.K., as highlighted above.

You learn so much during a physics degree, including a variety of transferable skills, such as:

These transferable skills are often particularly attractive to employers in a number of different industries, meaning that you can help your C.V. stand out from the rest of the crowd when you have a physics degree to your name.

What’s more, physics is actually in high demand in some fields, such as teaching. Due to the lack of qualified physics teachers, the government is offering financial incentives to graduates such as physics graduates, with the aim to help bring more physics graduates into the classroom as teachers.

It’s not all that shocking to learn that much of what we take for granted in today’s digitally-driven age has been developed and is in use thanks to physics. For example, consider just a few of the below items that we use on a daily basis:

If you’re interested in technology and learning about how things work, then learning more about physics can help you to understand why the modern world, and the devices that populate it, function as they do today.

If you enjoy studying and think that you’d like to stay at university longer once you’ve finished your physics undergraduate degree, then you’ll be happy to hear that there are plenty of postgraduate opportunities available at universities across the U.K. for physics graduates.

Whether you’d like to pursue a master’s degree in a more applied area, such as astrophysics, cosmology, theoretical physics, or quantum mechanics, or you’re even considering a PhD, then having an undergraduate degree in physics can certainly help get you there.

Even if you’d like to move away from physics and study a different subject for your master’s, such as finance, then you should be able to pursue those avenues as well. If in doubt, consult your university’s careers adviser for further input specific to your own situation and your academic aspirations.

You might also have a long talk with your physics and maths tutor on the subject... s/he would know more than anyone about such opportunities!

Hi Krishna
You have written quite an impressive and well-detailed article for the STEM aspirants. The points that have been mentioned here will surely help the young lads to start their journey in the Science niche. Learning Physics has always been an incessant part of my life and after reading your article I’m so much excited to learn Physics now. Would you suggest a good college in UK where I can pursue my studies in Physics stream?