How to Learn German Fast & Free of Mistakes BlogLanguagesGermanCommon Mistakes When Learning German and How To Avoid Them

Learning a language is hard. Generally, you assume the beginning is the hardest, but there comes a point where you can build sentences without looking up words in the dictionary and your online language course is starting to actually be fun.

Then, a few months in and you’re frustrated. You feel you are stagnating. You are making the same mistakes over and over, even though you know better. Sound familiar? Don’t worry! You have reached a learning plateau, a time where your brain is taking some time off to process everything you have already learned.

To free yourself from this stagnation stage, you can try new methods of learning, or really sitting down and looking at your mistakes in a cool and logical fashion. 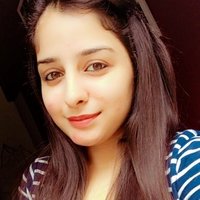 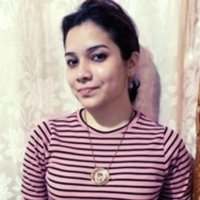 Why is Learning German So Hard?

Many who are learning German complain that it is very complicated.

This is due to an odd dichotomy - German has a lot of ways of doing things, and so a lot of different rules for the same grammatical subject, but enough following that other rule that it hardly counts as an exception - while having very few actual exceptions to rules.

The German Language Has Genders and Cases

But possibly the first, most jarring element of German is the fact that it has both genders and cases. In English we have neither - at least for nouns. We still decline pronouns, but that’s for a post in another category. German even has three genders - feminine, masculine, and neuter. And these three genders have to be declined in four cases: nominative, accusative, dative and genitive.

Capitalisation is Different in German

For those writing German, it also has a completely different approach to capitalisation. Nouns are ALWAYS capitalised, and otherwise only beginnings: the beginning of a sentence (including after a colon if it is a main clause), of a title. But not the beginning of a letter. Or the adjectives, verbs or adverbs in book, song or movie titles.

While the most basic sentence structure in the German language is similar to English, German has more flexibility in word order due to its use of cases. It has very strict rules, though, about where the verb goes, depending on whether it is in a main (second place) or a subordinate clause (at the end).

Because German and English have the same origins, a lot of words sound similar, but they don’t always mean the same thing. Learning the true meaning of these “false friends” can be hard.

Handwerksmeisterbrief? Automobilherstellergarantie? These words can and do exist in German, and unravelling them can be difficult. This post can help you, but sometimes it’s the little things that make learning a language difficult.

In and of itself, German spelling is relatively straightforward. There are, however, a few pitfalls for the English student of German, most specifically, “kissing cognates” or words that look similar to English words but mean something else entirely. Very often, there are subtle differences in spelling that are easy to get wrong.

For example, when to use “f” and when to use “ph” (a lot of words of Greek origin were Germanised, but academic subjects retain their “ph” - and get an ending in -ie instead of -y), the difference between “wieder” (again) and wider (against), or when to end adjectives in “-ig”, “-ich” or “-isch”.

Because German spelling and pronunciation mostly agree, mispronouncing words should be rare - yet there are certain sounds difficult for an English-speaking tongue to master, and certain subtleties the eye of an untrained student tends to miss, such as those pesky little dots on top of some vowels.

The almost pure vowels of German are hard enough for English speakers and their diphtongues; there is also a tendency to glide over “ä”, “ö” and “ü” and pronounce them like “a”, “o” and “u” - but umlauts modify the vowels and it is important to pronounce them correctly. The endings in “-e” are particularly subtle and hard to get exactly right.

Then there are other letters that are not pronounced exactly as they are in English - “c” and “z”, for example - while some sounds don’t even exist in English, like “ch”.

How To Avoid Some Common German Grammar Mistakes

Using the right gender is possibly the most common challenge for anyone learning German; using the right case, the second. The third, of course, is where to put the verb.

Where to put the verb

In normal sentences, within a main clause, the verb always comes second, no matter what comes first. In a subordinate clause, it comes at the end. When the verb form includes an auxiliary verb, the auxiliary comes second and the participle at the end in a main clause and at the very end after the participle in a subordinate clause. Infinitives in an infinitive clause come at the end as well, but if you are asking a question without using a question word, the verb comes first.

Little mistakes that are easy to make

But little things can trip you up just as well - whether to use “wenn” or “wann” when you mean “when” (it’s complicated), “will” or “werde” when you mean “will” (”werde”), and whether to negate with “kein” or with “nicht” (”Kein” is for negating nouns while “nicht” negates verbs.)

Exceptions to Rules in German Grammar

German would not be a proper language if it didn’t have exceptions.

Though German has the decency to only decline the articles, and not the nouns themselves (with the exception of the genitive, of course). But then comes the so-called “second declension” or “weak masculines” (and one neuter, “das Herz”), in which the masculine in question gets an “-n” or “-en” at every case except the nominative. The fascinating thing is that there are exceptions to these exceptions, with second declensions that follow a different pattern.

German verbs with an inseparable prefix

While in most marriages between a verb and a prefix the two have an open relationship, with the prefix often wandering off on its own to the end of a sentence, there is a group of verbs where the two are as inseparable as lovebirds. Specific prefixes that remain attached are: Be-, Emp-, Ent-, Er-, Ge-, Miss-, Ver-, Voll- and Zer-.

While most prepositions we learn about take either the accusative or the dative, there is a small, rather elitist group that takes the genitive. These are words that are often considered as belonging to a more elegant language and so do not appear that often in everyday speech. The more common ones, such as “wegen”, “während”, “trotz” and “dank”, are regularly used with the dative when speaking, a practice that is gaining more and more acceptance among grammarians.

At home in German

When speaking of home, the German language has a few oddities. While you otherwise go “zur Apotheke” or “zu Lidl”, you go “nach Hause”, but once you’re there, you are “zu Hause”. The little “e” at the end is a fossil, left over from a time when the noun was also declined.

Despite these difficulties, learning German is very rewarding - don’t let your mistakes keep you down. Remember, even German native speakers make mistakes, and they speak it every day! Learn German online with Superprof tutors. We have thousands of tutors across the world teaching german via webcam. You can also get face to face tutors wherever you are. Whether it be german courses London, Glasgow, Belfast or Cardiff. There are many things to love about German people. Aside from their amazing personalities, they can also boast about the Frankfurt book fair, the jelly doughnut, and some of the most beautiful castles in Germany. The seventh largest country in Europe, home of the Grimm brothers, famous composers and many powerful, German companies - Germany […] Germany is one of the largest countries in Europe and every year, millions of prospective students apply to study in the top universities. If you decide to study in Germany, you have a choice of over 110 universities in Germany covering over 16,000-degree courses and many more academic programs. Your time studying abroad will be […] A Practical Guide For Your Trip To Germany

When you travel in Germany, you will never be far from one of the many Unesco world heritage sites or culturally unique sites, marked for their historical importance and interest. Unesco and other points of interest such as Brandenburg gate, Neuschwanstein castle, the Bavarian Alps, the Danube river (the second longest river in Europe), Cologne […] If you want to learn German, you have to get used to the fact that German is a foreign language. As you are an educated person, this may seem obvious, yet many a language student has given up because they didn’t realise just how much work taking language courses can be. It’s not simply a […] Interesting Facts About The German Language German is among the most spoken languages across the world, and is the native tongue of multiple countries in Europe. However, with so many people based in Germany having such a good knowledge of English, why is it so important to learn to speak German. Moreover, what are the best […] Did you know that German is the most spoken language in Europe? In fact, with almost 100 million speakers worldwide, Germany’s official language surpasses English in the European Union. The UK has a close diplomatic, economic, and commercial relation to Germany. When you learn German, you’ll inevitably want to go to Germany or another German speaking […] More and more British students are opting to study abroad. In fact, between 2007 and 2015, the number of UK students on Erasmus went up by 115%. Whether it’s for work, studies, or fun, you can’t beat living abroad. The Federal Republic of Germany remains one of the most popular countries for studying abroad and learning […] Despite popular belief, anyone can learn a foreign language regardless of their age! Firstly, learning a foreign language not only improves your linguistic skills, it also benefits your cognitive functions. Additionally, whether you’re a student or working, a foreign language can improve your career prospects. Germany is one of Europe’s most economically powerful countries and, as […] The majority of experts agree that there are around 6000 languages spoken around the world today. This means that those who wish to learn a foreign language are spoilt for choice! Interestingly, however, according to the United Nations, just 1% of all these languages are spoken by 99% of the global population. In some ways, […] Mark Twain once wrote an essay called "The Awful German Language". We don't agree, of course, but German is certainly a difficult language and not always easy. From compound words to whole new letters to regional dialects and slang, it’s hard to really become fluent. Finding ways to practice what you learn is not easy […] We all know that learning a new language is never easy. Especially one that is so different to your mother tongue. However, thanks to many online courses and phone applications, learning a language, like German has never been easier! Throughout this article, we will discuss the many different available online tools to help deepen your […]