Essays seem to come out of the blue sometimes, leaving you feeling apprehensive and underprepared.

Using the right vocabulary to convey a sense of intelligence is oftentimes a big source of anxiety when it comes to writing essays. That, and the at times overwhelming information you need to know with Harvard referencing.

While you shouldn’t try to fill your essay with flowery language and turns of phrase, it isn’t a bad idea to dust off the thesaurus and dictionary from time to time and get searching.

If you’re strapped for time though and would appreciate a few fancy words to sprinkle into your next essay then we’ve got you covered.

The 20 words we’ve listed in this article are all perfectly suited for use in essays, whether the topic is business or Shakespeare’s plays. 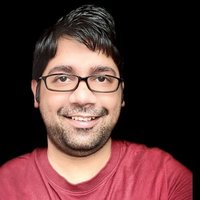 Grammar points to smarten up your essays

Before we tackle this vocabulary though it’s worth taking a moment to consider the different categories they fall into, so you can become more familiar about their purpose in a sentence.

While it may seem unnecessary to review the basics, we could all benefit from a refresher of the fundamentals every now and again. You never know, it could just improve your student performance and elevate your writing ability.

If you’re trying to improve your essay writing skills then narrative flow is something you should take seriously.

Narrative flow refers simply to how well an argument or plot can be followed in a text.

A good author takes the reader along for a journey with compelling storytelling, and this is a technique you can use even in an essay about business.

At the beginning of an essay you want to pose a question which ideally you’ll answer in some way in the conclusion. Your job then is to keep the reader’s interest and focus on the question throughout the text.

If you stop too many times to digress, you may end up diluting the focus of the essay and confusing the reader.

One of the ways to effectively string together a coherent argument in an essay is through the use of connectors.

Connectors are the glue that keep the structure of an essay intact, and are crucial for linking together all of your key points and arguments.

While you don’t need to know too many smart connectors to write a stellar essay, you will want to make sure you have enough to cover each possible transition you could make.

Another part of speech to master if you want to improve your coursework is the adjectives.

Not enough adjectives and your essay might come across as bland.

Too many adjectives though and your essay could seem bloated.

Striking the balance is important if you want to come across as intelligent with your words, since too far either way and might lose a reader’s interest.

To make the most of adjectives, you should try to use them sparingly and only when they add real meaning.

For example, to claim that a building is ‘very tall’ might well be acceptable in speech, but can come across as a little redundant in the written word.

Instead, aim to use adjectives to point out something that is slightly unusual, or to reinforce a point.

‘The emotional scientist’ has more weight behind it than the ‘logical scientist’, since the reader would probably already assume that a scientist is logically-minded.

The ‘sharp decline’ in sales is an example of when an adjective can be used to reinforce a point well as it creates a visual image of a line dropping suddenly on a graph. A decline on its own doesn’t have as much impact on the reader, and doesn’t tell them how quickly it is happening either.

Getting to grips with the use of verbs in an essay can be one of the biggest factors in getting a higher mark.

To improve grammar and convince your teacher or examiner that you have a solid grasp of it, you’ll need to be familiar with the active and passive forms of verbs and when to use both of them.

Verbs in the active voice are those which highlight the person doing the action in the sentence and as a result come across as more direct.

Those in the passive voice instead emphasise another element of the sentence.

As an example, ‘the woman swings her racket’ shows off the active form of the verb swing. We know in this sentence that it is the woman that is highlighted, not the racket which is the object of the sentence.

If you were to instead write ‘the racket was swung by the woman’, then you would place more emphasis on the racket than the woman.

As a general rule, it’s best to stick with using verbs in the active voice as much as possible. This is a great way to keep the reader engaged without causing any confusion as to who is doing what.

In some cases, it might seem difficult not to use the passive voice.

It can be very tempting in an essay to say something along the lines of ‘it is said that’ or ‘it has been claimed’, and while you might think that this sounds good, it’s often the better option to identify the subject.

That way, you add clarity to your writing, which you should value above all else. So instead of ‘it is said’, you can think about who is speaking, for example ‘students say’ or ‘experts say’.

While the passive voice certainly has its uses, and can be a great way to vary up your language, if you don’t use it correctly you risk confusing the reader and detracting from the clarity of your writing.

If you upgrade the nouns you use in your essays, you can take large strides towards better grades.

For example, if you were to describe something as a ‘cure’, you could be saying one of various things. It could be medication, treatment, or something else designed to help you heal from an injury.

Cure is a perfectly valid word to use to refer to a new medicine that eradicates an illness, but ‘antidote’ is the best word to use for something that cures you from poisoning.

While it’s difficult to know the right noun for every situation, you will likely be able to figure out when a noun is too vague or general to capture a specific meaning.

You should also be careful when using a word that sounds smart and correct in context but you don’t know its exact meaning.

For example, ‘fortuitous’ could be used to describe a situation in which you were lucky, right?

The correct word here is ‘fortunate’, but unfortunately many have taken to using the ‘fortuitous’ instead.

As a general rule, if in doubt, check the word in the dictionary. If you’re in an exam setting and you don’t have that luxury, then resort to the simplest way you know of expressing what you want to say. Using a very simple word is far better than using a long yet incorrect one.

This comes back to the point of clarity in your writing, which is something you should look to uphold no matter what the cost.

20 Words to Smarten up your Essays

If you have to weigh up potentially sounding smarter vs absolutely sounding clear, then you should always pick the latter option.

An anomaly is something which doesn’t conform to what’s normal. That could be a stray statistic in a chart, or an odd sibling in an otherwise normal family.

Avant-garde is an adjective you can use to refer to something or someone with radical new ideas or a novel methodology.

Capricious is an adjective to describe someone or something that is very unpredictable or changes suddenly.

A dichotomy can be used to describe a divide between two very different ideas or concepts.

The epitome of something the perfect form of it.

When an idea, object or anything else is ubiquitous, it means it can be seen everywhere.

Moreover is a connector you can use to double down on your last point.

Compelling is an adjective which suggests something is so fascinating you have to pay attention.

Acrimonious is an adjective which suggests a conversation or person was full of bitterness.

To be brusque in conversation is to be very abrupt or impatient with someone.

A catch-22 is a problem which will result in a negative either way.

Attest is a verb to describe when someone has proof of something.

Indicate is a simple verb which you can use to replace ‘show’.

Constraints is a noun which refers to limits that have been placed.

To make an incremental change is to do so in small steps.

The verb substantiate refers to the process of backing up a point with evidence.

Quintessential refers to a strong example of a particular characteristic or type.

To describe someone as Machiavellian is to accuse them of scheming or using their cunning to get what they want.

Idyllic can be used to describe a perfect scenario or place.

Malaise can be used to refer to feeling less than ideal, or in a state of discomfort.