When Should You Visit Beijing? BlogChineseThe Best Time of the Year to Visit Beijing

If you’ve been looking at travel guides for information on travelling to Beijing for your next holidays, you’ll have probably seen that the best times to go are in spring or the month of September.

Most people visit China between April and May and September and October.

The environment is an important factor to consider when visiting Beijing as well as traditional Chinese events.

So when should you visit the capital of China?

In this article, we'll look at what the weather and climate are like in Beijing, whether you should go in winter and summer, and if autumn and spring are more agreeable. 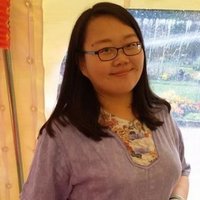 The Weather in Beijing

The capital of the People's Republic of China, Beijing, is in the northeast of the country, 39° north, the same latitude as Ankara in Turkey, Naples in Italy, Valencia in Spain, or New York City in the US.

Beijing is 70 miles from the Bohai Sea, surrounded by mountains, and near the Great Wall of China, which delineates the north of Chinese territory and was once used to keep Mongolians out.

Beijing has a continental climate with cold winters and hot and humid summers. Temperatures in summer can exceed 45°C in heatwaves and winter can see temperatures plummet to -25°C.

There’s a lot of rain in the summer with 160.1 and 138.2mm of rainfall in July and August. In fact, half of the city’s rain arrives in these two months!

There are 13 rainy days in July and with an average temperature of 27°C, you can imagine just how suffocating the heat and humidity can be.

Spring has little rainfall and averages between 230 and 270 hours of sunshine per month.

However, while it’s nice to have a wander through the streets of the old town in spring and autumn, you should know that there’s a lot of pollution due to industrialisation, traffic, etc. In fact, Beijing has some of the world’s lowest air quality.

Would you like to visit the Forbidden City, Tiananmen Square, or visit other Chinese cities such as Tianjin, Nanjing, or Shanghai?

Make sure you check the weather, too!

Find out more about the different districts in Beijing.

Should You Avoid Summer and Winter?

Winter isn’t recommended as the temperatures can plummet. There are huge temperature shifts between inside and outside. However, this is the low season and you’ll be able to visit certain sites without queues:

Another advantage of visiting in winter is that you can find some really cheap flights since the demand for them is so low.

Between December and March, the temperatures can drop to between -20°C and 30°C in Beijing and the city. Even if it’s just a short trip, you’ll want to fill your bag with warm clothes.

The period between June and August is the hottest time of the year, the busiest, and the most expensive, making it probably the worst time to visit Beijing.

Here are the average summer temperatures in Beijing:

Of course, these are just the averages and temperatures can get even worse (up to 45°C) during heat waves. Then there’s the humidity, which is worsened by the pollution.

Even though the Chinese government is trying to reduce pollution, this megalopolis of 21.5 million people is overpopulated and worsened by the influx of tourists.

60 million tourists visited China in 2017. During busy periods, you’ll struggle to see the sights in your photos because there’ll be just so many tourists in them.

Are Autumn and Spring the Best Times to Visit?

Autumn in China is really short; the heat of summer quickly makes way to the freezing temperatures of winter.

Autumn is officially between September and October but it could be as short as between a week and ten days.

Autumn in the north of China is cold in the morning but mild during the day. It’s a great time to visit Beijing and other Chinese cities like Tianjin, Shanghai, Xi’an, Chengdu, and Guilin. This season sees very little rainfall even though temperatures do start dropping as the days go on.

Spring is the second-best time to visit Beijing since between April and May, the temperatures increase, the ice melts, and the flowers bloom. It’s also dry and the temperatures are around 20°C.

Spring is also the low season for tourists in China which means you can benefit from reduced prices. However, on days like Labour Day on May 1st, the prices can skyrocket as millions of tourists make their way to the capital

Are you looking for more information on the weather in China?

Make sure you choose the right time to go!

Find out more about budgeting for a trip to Beijing.

China is the world's most populous country, with about 1.5 billion people.

It’s also difficult to find a cheap flight in the height of summer or the Chinese New Year.

You don’t need to be an expert on China to know the best time to visit Beijing. Avoid visiting Beijing during traditional holidays if you like peace and quiet, for example.

It’s recommended that you avoid national holidays, the National Day of the People's Republic of China, the Chinese New Year, the Moon Festival, as well as the school holidays.

Here’s a quick list of some of Beijing’s most popular events and festivals:

During these events, public transport is packed and the prices of everything increases. Millions of students travel to see their families during the Chinese New Year and fill the airports, stations, and Chinese roads. With so many people travelling at the same time, it’s effectively a migration.

During the Chinese New Year, finding flights or train tickets is incredibly difficult. Hotel prices double or triple. It’s really a week to avoid unless you’re set on seeing lions and dragons dancing in the street or the Lantern Festival on the last day of the festivities.

The National Day of the People's Republic of China is on the 1st of October but the festivities last the whole week. There’s an increase in tourism so it’s not the ideal time to try and visit the city.

Find out more about finding accommodation in Beijing.

Mainland China is huge so keep in mind that even though this advice applies to Beijing, if you visit Xinjiang, the Yangtze River, Zedong, Tibet, Shaanxi, Fujian, Zhejiang, Hainan, or Hangzhou, you'll need to check the climates before your trip to China.

Before you go to China, consider getting private tutorials in Mandarin Chinese. On Superprof, there are three types of language tutorials available: face-to-face tutorials, online tutorials, and group tutorials.

Face-to-face tutorials are bespoke lessons with one tutor and one student. As the only student in the class, this is the most cost-effective type of private tutorial. Your tutor can spend all their time focusing on you, rather than having their attention split between you and other students.

Group tutorials are closer to traditional lessons at school with multiple students and a single teacher. This is usually the cheapest type of tutorial since the cost of the tutor's time will be shared amongst all the students in attendance. If you and your family or friends are planning a trip to China, you could all get Chinese lessons together from a tutor before you go.

Online tutorials are similar with the main difference being that the private tutor isn't there with you in the room. Thanks to the internet and programmes such as Skype, you can learn Chinese from anywhere with a decent internet connection and from tutors from anywhere in the world. Your Chinese language tutor may even be in China!

Each type has its pros and cons so it's up to you and your budget to decide which type of private tutorials you want.