From a Dust Cloud to a Black Hole, Here’s What You Need to Know about a Star’s Life Cycle. BlogAcademiaPhysicsThe Life Cycle of a Star.

Look up into the sky. That thing shining there – or ‘burning ferociously’ as might be a better description – has been doing its thing for four and a half billion years. Throughout the course of human history, it’s been there the whole time, burning away and giving life to our planet.

4.6 billion years. That’s a number that we can hardly even imagine. Yet, scientists reckon that our Sun is about halfway through its lifecycle.

Give it another four billion years and it will, like all stars do, ultimately ‘die’ – changing from a main sequence star into a supernova or into what is known as a planetary nebula. We ain’t gonna be alive to see any of this happen – and, by we, we mean planet earth.

We’ll be talking about those things with which you’ve probably heard in passing: the red giant, neutron stars, black holes – and white dwarfs and supernovas.

All of these things make up phases in the life of a star. But let’s take a closer look.

In the meantime, find out everything about astronomy, and the differences between astronomy, astrophysics, and cosmology. 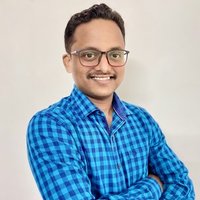 What is a Star?

Now we’re all quite familiar with the Sun – from a distance at least. And, unless you live in the biggest of cities and have never looked up, it is pretty likely that you will have seen some stars in your life too.

But do you know what a star actually is? Apart from the fact that it ‘twinkles’ and is in ‘the sky’.

A star is a massive object in space, held together by gravitational forces, that is distinguished from a planet by its luminosity – or the fact that it produces light.

That’s the short answer. Now to the long answer.

A star is a ball of plasma and gas that radiates energy in the form of heat and light. This radiation is due to the thermonuclear fusion of hydrogen into helium that occurs at its core.

All this wouldn’t happen if stars weren’t so big. But, under the force of gravity, and under all sorts of other molecular forces, atoms are smashed together, and new elements are formed. All of this releases energy. This process, which we call nuclear fusion, is, incidentally, something we hope to replicate on Earth – because of the sheer amount of energy that it produces.

But no, stars aren’t really ‘burning’ or ‘on fire’ or any of these words we use to describe them. Rather, the processes that are happening mean that the sun is much hotter and much more energetic than any fire we’ve ever seen.

Learn more about our solar system!

How is a Star Formed?

But why does all this happen? One of the most amazing things about our universe is that there is anything at all in it. As the philosopher Gottfried Wilhelm Leibniz once asked, how come there is something rather than nothing? This question is a little relevant when it comes to thinking that stars produce the very conditions that support life.

Imagine an empty, desperately cold space filled with dust and gases that are the debris of old planets and stars. Star formation begins when, in this intense cold, all of this interstellar dust and gas slowly starts to clump together. Gases reach higher densities in the cold, whilst the atoms bind together.

This is the first step in the life cycle of stars: the planetary nebulae, these molecular clouds that drift across the universe.

As soon as higher densities are reached, the gravitational forces get stronger, meaning that all of the gases and particles in the nebula slowly start coming together. These great big molecular clouds then start collapsing and, as they start moving in on each other, the heat increases.

With all this stuff clumping together, the core becomes what will later be the star – or often even two or three stars known as star clusters. Meanwhile, different parts of the cloud might become planets or might just stay as dust – as in our solar system.

(All of this, by the way, takes about ten million years. As a comparison, humans have been about for only two hundred thousand years.)

Learn about some of the major astronomical discoveries.

What are the Stages in the Life of a Star?

So far we have seen how stars are created – from the big messy clouds of dust and gas in the universe. But what these nebulae create are hardly even stars just yet. Rather, they are protostars, which are the very beginning of the star life cycle.

After the initial phase as a nebula, the start of stellar evolution is in the protostar. This is when the star is essentially still growing – when it is still gathering dust and material from the cloud that formed it.

The protostar begins with only one percent of the mass of its future self. But, with all of the mass that is ‘infalling’ due to the core’s gravity, it builds up relatively quickly.

Only when thermonuclear fusion begins at the core does the star stop being a protostar and becomes instead a main sequence star. At this point the star’s mass is stable – as it produces a ‘stellar wind’ that prevents the infall of further mass.

If protostars don’t become big enough, however – and by that we mean about eight percent of the size of the sun – they never really become stars at all. Instead, they become brown dwarfs, sort of failed stars in which thermonuclear fusion does not take place.

What Happens Next? It Depends on the Size of the Star.

After the protostar stage, the nature and processes of a star’s life cycle depends on the particular star’s mass. And so we’ll split this here into two separate streams.

There are those stars that have roughly the mass of the Sun – the sun being fairly ‘normal’-sized as far as stars go. Then there are those that are much bigger. The bigger stars are, the quicker they burn. So, whilst Sun-sized stars remain as main sequence stars for about ten billion years, a massive star would live less long.

Even so, about ninety percent of a star’s life is as a main sequence star – in which it will casually fuse hydrogen into helium. When the hydrogen in its core runs out, the core will begin to collapse and will get much hotter.

As the core increases in heat, it pushes the rest of the star outwards, meaning that the outer edges cool.

Stars the Size of the Sun – Roughly.

The most commonly sized stars are stars the size of the Sun. After about ten billion years, once they have run out of hydrogen, they slowly become white dwarfs.

White dwarfs are cool little things that have perplexed scientists despite their commonness. Imagine the mass of the sun all in the space of the earth and you’ve got yourself a white dwarf. And bizarrely, they are denser the smaller they are – meaning the bigger stars would form the smallest white dwarfs.

They are hugely dense things that keep themselves from collapsing further due to the activity of electrons. However, with no way of producing energy, there is nothing really that keeps them together. So, gradually cooling, they just tend to fade away.

Massive stars have a different end in store for them.

If a star is about eight times bigger than the sun, you can expect it to end in a massive explosion known as a supernova.

Remember that the bigger the star the quicker they burn through hydrogen. And when they have run out of hydrogen, they produce iron as the result of a long series of chemical reactions. When that happens, the core collapses in a matter of seconds from five thousand miles across to just twelve.

Temperatures reach a hundred billion degrees and the supernova becomes brighter than a whole galaxy.

What is a Black Hole?

Particularly dense stars produce one of the most fascinating phenomena in the universe when they die. These are black holes.

Rather than exploding outwards, these stars implode, collapsing into themselves to form an object so dense that nothing – not even light – can escape it.

These things pull everything around them into themselves – whilst emitting huge amounts of radiation.

Is there life in the universe?