Looking For Tips On How To Speak Portuguese? Portuguese is a wonderful foreign language to learn, for so many reasons. For example, Portuguese is:

If you have decided to take up Portuguese, then there’s plenty to learn on your way to fluency. However, what’s worth realising from the outset is that every language comes with its own set of challenges that non-native speakers may struggle with.

For an example, take German. For an English speaker, some aspects of German are relatively straightforward – for instance, some words are very similar (die Hand / the hand). However, German has four different cases – the nominative, accusative, dative, and genitive – which English speakers often struggle to master.

With that in mind, this article provides some tips when it comes to getting a hold of Portuguese grammar and pronunciation so that you can improve your Portuguese speaking skills. 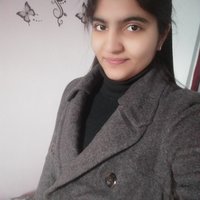 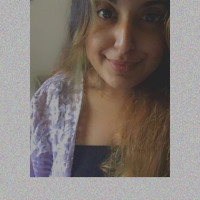 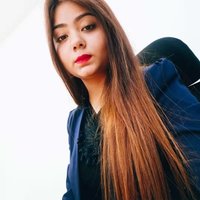 Learn The Portuguese Language Basics – Starting With The Alphabet

Before you can set about mastering Portuguese pronunciation, you’ll find have to memorise the Portuguese alphabet.

Although the alphabet is one of the most basic things you can learn in any language, learning it has so many benefits. For example:

Portuguese has 26 letters in its alphabet in total and those 26 letters are the same as in English. Specifically, Portuguese comprise 23 letters that historically were part of the language, while 3 additional letters – K, W, and Y – were introduced into the official Portuguese alphabet in 2009.

While it might be reassuring to know that you don’t have to learn any new letters to learn the Portuguese alphabet, it’s vitally important that you learn how each letter, and in fact combinations of letters, are pronounced in Portuguese.

To give that statement some context, take the following examples of the difficulties of English pronunciation:

Although Portuguese pronunciation doesn’t have the exact same issues that are present in the English language, many non-native Portuguese speakers do struggle with how to pronounce certain Portuguese words.

As a result, some tips are provided below for how to improve your understanding and knowledge of the nuances of Portuguese pronunciation.

As mentioned above, it’s important to identify early on how each letter in the Portuguese alphabet sounds and to also try to get a handle on how common combinations of letters are pronounced.

Some common letter combinations include:

However, while learning how these letters are pronounced is a very important first step to take when learning Portuguese, it will only take you so far. This is because one of the best ways to improve your overall Portuguese speaking skills, and your pronunciation, as a result, is to put what you’ve learnt into regular practice.

Converse As Much As You Can With Native Portuguese Speakers

The best way to improve your Portuguese pronunciation is to understand how native speakers speak Portuguese.

Whether you’re just listening to Portuguese through mediums such as films, radio, and TV, or you’re actively speaking with Portuguese native speakers, the more you hear in Portuguese the more you’ll come to recognise how certain words are pronounced, which should, in turn, improve both your Portuguese listening and speaking skills.

This is because Portuguese and Brazilian Portuguese do have some differences when it comes to things such as how certain words are spelt and pronounced, so it’s best to learn about those differences early on as you progress through your proficiency in the language.

Another way to improve your Portuguese pronunciation is to get on top of how Portuguese speakers say common words, expressions, and phrases.

While non-native Portuguese speakers will likely be easily forgiven for saying a particularly obscure word incorrectly, learning how to say the most common or frequently used Portuguese words correctly can make life much easier for you when it comes to making yourself understood in Portuguese.

For instance, you could try to ensure that you’re comfortable pronouncing the following common phrases:

Once you’ve got the handle on how to pronounce the most common sentences in Portuguese, you can then move on to mastering how to say more complex or longer words.

Dictionaries are a language learner’s best friend. They come in all kinds of sizes, from compact to absolutely huge, and give you the ability to translate unknown Portuguese words back into English, or to find the Portuguese equivalent of an English word.

What’s more, good dictionaries usually contain some pointers when it comes to how to pronounce words in Portuguese, such as outlining the pronunciation next to the word in question. This can be a real help if you want to quickly find out how a certain word should be pronounced.

Portuguese isn’t known as being an easy language to learn and one of the many issues that non-native Portuguese speakers face when learning the language is how to get to grips with the language’s pronunciation. This is because Portuguese words aren't pronounced the same way they are written.

As a result, to pronounce a word correctly in Portuguese for a non-native speaker you usually need to have a combination of knowing how letters and combinations of letters should sound and also recognising and remembering how native speakers pronounce certain words.

Don't feel disheartened either if you do find yourself making a multitude of mistakes when it comes to pronouncing words in Portuguese. Speaking any foreign language is difficult, and learning how to pronounce words in Portuguese is not a skill that is likely to come to you automatically. This is why regular practice is important, as is the belief that if you keep practising then your level of Portuguese should improve.

Having a Portuguese tutor should give you the opportunity to practice speaking in Portuguese on a regular basis, while also giving you the chance to improve your overall proficiency in Portuguese through other exercises that aim to develop your Portuguese reading, writing, and listening skills.

You may also find that having a tutor gives you sufficient motivation to continue learning Portuguese, and may also inspire you to keep learning and try to improve your spoken Portuguese even more.