Physic tutors are very important people in the life of a student who wishes to make a career out of physics.

A lot of learners dread studying physics simply because it represents the marriage of two most-feared school subjects: maths and science.

But, like every marriage, there are both lighthearted and more difficult aspects and, like most who make committed relationships work know, focusing on the lighter side is often what makes the darker times bearable.

In that spirit, your Superprof now presents you awesome, amazing, cool, fun, neat and nifty facts of physics; aspects of this very serious science that make it so intriguing to so many.

Hire a class 11 Physics and find your physics tutor on Superprof India to help you appreciate science even more.

Hopefully, by the end of this article, you too will be hooked! 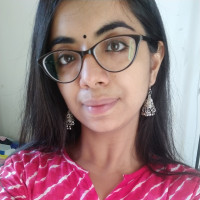 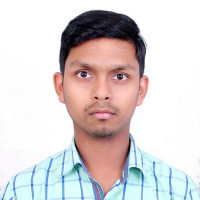 Interesting Facts That Will Make You Choose Physics in Your School

Physics is an amazing subject, we’ve learned a thing or two about it’s mysterious nature, but we still have a long way to go!

Physics is an interesting subject that always expanding our knowledge about the universe. If you are a student interested in the field of physics, it is among the best subjects to learn and improve on!

Best way to learn physics is to learn from teachers who can guide you through the laws of physics!

Interesting Physics Facts About Your Phone

These days, one does not need to be a rocket scientist or have a degree in astrophysics to operate such a high-tech gadget as a smartphone, even though there is a substantial amount of physics involved in their concept and operation.

Have you ever wondered how touching your phone’s screen can make things happen?

First, a bit of background.

Humans are electrical beings: throughout our bodies, there exist positive and negative charges that send messages along our nervous system, regulate our heartbeat and even protect individual cells.

These positively- or negatively-charged ions are especially evident when we touch something with an opposing electrical charge, and especially in the winter.

Static electricity is an electric charge buildup waiting for release – as opposed to current electricity, which flows from wall outlets into devices calling for it.

Friction, such as walking across a carpet in your stockinged feet, will generate a buildup of electrons that discharge when you touch something with an opposite charge, such as a door handle.

Electrical activity in our brains can be measured with an EEG – an electroencephalograph which, curiously enough, works on the same basic principle as our smartphone screens!

EEG and smartphone results are both due to ionic current.

That is why you cannot operate your average smartphone with your fingernail or pencil rubber; they do not have the proper electrical charge!

Nor can you tap to play your fav video with gloves on unless you have those special gloves that permit the conduit of ions through the knit.

Another nifty physics fact related to phones: they make use of Einstein’s Theory of Special Relativity.

Unnoticed by you, your phone is under constant scrutiny by a minimum of four precisely calibrated satellites that measure the distance you’ve travelled between exactly-timed signal pulses and apply your positioning on known maps.

Look for the best class 12 physics tutor near me.

You may well turn off your phone’s location services but your positioning data goes on regardless.

Harvesting that data is one reason why Google is in such hot water just now!

You may want to consult a physics glossary for some of these terms...

Get tutor for Physics online here.

Being as we just mentioned water, we’ll dive right into this life-sustaining substance to discover surface tension and light refraction.

But first, a question: who doesn’t enjoy a refreshing gelatin dessert?

Maybe not right now, when chill winds blow and winter storms threaten... let’s think back to summer when the heat was unbearable...

Who among gelatin dessert lovers has not tapped their spoon on their treat, just to watch it wriggle but not yield?

That phenomenon is called surface tension: when the outer surface of a body functions as an elastic membrane.

Wood, for example, is much less dense than water, permitting it to float. However, should a tree branch floating in the river absorb enough water, it would become heavier and eventually sink.

Gelatin has a relatively high surface tension, meaning you have to dig into your dessert rather than skimming across its surface, as you might with ice cream.

Water has the amazing property that, while being a cohesive body, each water molecule has surface tension!

That is why, when you look through a glass of water, the image is distorted more so than if you looked through the glass alone.

It has to do with water slowing down light: by the time it reaches your eye, you are not getting the whole picture.

When light passes through water, its protons are only travelling at 3/4 speed.

That doesn’t mean that classical physics is wrong: light does travel fast... under vacuum.

If you filled the Large Hadron Collider with water and shot a beam of light through, it would travel much slower!

Now, let’s talk about a body of water that has no more surface tension than any other, yet is denser than any on earth.

The Dead Sea’s salt content is such that, although you can’t see the salt crystals swimming around in the water, they render that body so dense that an average human cannot sink!

Which begs the question: why do drowning bodies sink and then float back up to the surface?

Find a class 12 Physics near me.

The cause of drowning is taking water into the lungs, which makes the body heavier than the water. As the body decomposes, it fills with gas, making it lighter than water.

What a gruesome idea!

One last, most famous example of how water helped advance discovery: Archimedes and his bathtub.

He was tasked with calculating whether crown makers had cheated the king by mixing silver with the gold the king had provided for his new crown, but he was not allowed to melt the crown in order to test its contents.

Pondering the problem as he got in his bath, he noticed that the water level rose in exact proportion to his body’s volume. Thus, he reasoned he could submerge the crown in question, measure the water’s displacement and calculate the density of the crown.

Gold is far denser a metal than silver, as you may know.

So excited by his postulate was he that he completely forgot he was nearly in the bath – not a stitch of clothing on. He ran thus through the streets, shouting “Eureka!” - the ancient Greek equivalent of “I’ve got it!”

Learn more about Archimedes' Principle, along with other key concepts in physics! As a total science geek, crazy for anything to do with quantum mechanics or computational physics, I often bemoan the fact that I was born centuries too late to converse with Leonardo da Vinci, humanity’s most prolific polymath.

But then, I am cheered by the fact that I lived in a time when Stephen Hawking was on earth and wonder if, centuries from now, would some soul get their introduction to physics through his Theory of Everything and bemoan the fact that s/he was born too late, too?

Did you know that the entire human race could be condensed into something the size of an ordinary sugar cube?

We are all made up of atoms: protons, electrons and neutrons... and a whole bunch of empty space between them.

If we were to remove that space in every human body, all of humanity would be as large as a cube of sugar, but it would be incredibly heavy because it would be extremely dense!

That means that the theory behind the exploration of the quantum realm in Ant-Man and the Wasp is valid but the visuals aren’t: shrunken cars, buildings and people would be too heavy to pick up with just one hand.

Space has the same space issue: what we can see comprises only about 5% of the whole universe.

It’s not that we need better telescopes or equipment; it’s just that most of what the universe is made up of is space... filled with dark energy and dark matter.

Perhaps that dark energy is what keeps virtual particles popping in and out of existence.

Next time you pour yourself a glass of cola or other carbonated beverage, consider the life cycle of one bubble: it forms seemingly out of nothing, rises to the top and pops, releasing its tiny, gaseous load.

The same thing happens in space, a phenomenon known as quantum foam. It stands accused of constantly breaking the laws of physics... but nobody knows why their doing so doesn’t affect other aspects of cosmological events or balance.

And then, there are black holes.

The general relativity theory predicts that a sufficiently compact mass, perhaps one with all of the space sucked out from its atoms as described above, can deform spacetime and cause such a gravitational pull that nothing, not even light, can escape it.

The late, great investigator of cosmic phenomena, Stephen Hawking, not only postulated that black holes emit radiation but that they retain the trace memory of every cosmic event that falls into them.

That concept is more famously expressed by our favourite fictitious Doctor, who can see everything there ever was and everything that ever will be.

You don’t have to be Sheldon, Leonard or Raj – or Stephen Hawking to appreciate theoretical physics and our universe, and you don’t need to be Howard to love the science behind statistical mathematics, electricity and magnetism.

So much for actors playing physicists; how about real physicists and their discoveries?

You only need to recognise that you are the embodiment pure physics: full of electricity and magnetism, with a dash of uncertainty principle thrown in.

Now that you are comforted and enthused about physics, you only need to decide your undergraduate field of study:

And let us not forget the emerging role of women in physics!

Ladies, you too can learn all about physics: how do experimental physics or quantum physics sound to you?

Physics is too much intresting to me , don’t how peoples says that it’s boaring 🤷‍♂️🤷‍♂️🤷‍♂️

Can you give me, some interesting facts about physics? It would help me a lot in my tomorrow’s anchoring…pretty please!

hello it was a nice subject facts

If you need any assistance, connect with our team at namaste@superprof.com

heihei that was a good idea!!!