Learn the Art of Savate "French boxing is a bold, unpredictable, and sparkling game full of romantic illuminations."

This is a beautiful quote from a French professional boxer, who played the sport from 1911 to 1920 and took part in 25 professional fights. We would all love to have access to the joy that savate gave André Dumas!

This French-born kind of boxing is much less known in the UK than its counterpart, British boxing. This is also the case of most other boxing styles, such as the martial arts of karate, judo, viet vo dao, ju-jitsu, and aikido...

In any case, UK boxers may be interested in learning how to box in the savate style, for French boxing is a sport that we think is very worth knowing.

And there is absolutely no need to wear a beret, striped sailor shirt, or a fine moustache for your French boxing classes near me, nor practise while sipping wine and bring home baguettes of bread. All you will only need boxing shoes, boxing gloves, and other boxing protective wear (mouthguards, shinguard, bandages, the official outfit, and chestguard). Here, we'd like to specify that Dumas's "romantic illuminations" can perhaps mean the lights before you black out during a KO!

Find boxing lessons throughout the UK. 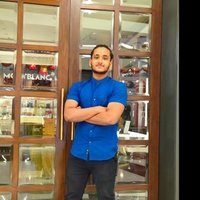 Learn How to Improve and Enhance in French Boxing

Like all boxing, French boxing - also called "savate" - is a combat sport with some underlying violence and blows that can hurt receivers. Fans will sometimes call it a "fist-and-foot-fighting sport," although the feet are much more used than hands (up to 99% of the time).

The savate happens with two opposing opponents in a boxing ring (4.5 × 6 meters) or in a boxing gym. The two boxers must wear boxing gloves, but also special boxing slippers. This is crucial, because the use of feet is also allowed.

The kicking aspect of savate means that this sport is very technical and must be learned. In fact, the different forms of punching and kicking are varied and there is a high number of different techniques, which is important insofar as it allows both the defensive and the offensive to defend themselves.

If the feet are at the heart of the game (as the name of savate points to in French!), shins and knees are absolutely prohibited. The offensive blows which are allowed are named "armed kicks" (the other types of kicks are forbidden). This is a process specific to French boxing.

In regards to the upper body, the four basic punches of boxing here are the jab, the cross, the hook, and the uppercut.

Here are two lists of the kicks and punches in savate:

The punches clearly hail from English boxing. Note that sweeps and throws are both prohibited.

Savate can be practiced by men, women, children, and adults. It requires a lot of agility and energy, sometimes seeming like a form of gymnastics (one in which we fight!)

Savate does not allow assault, that is to say it does not allow its players to seek out a violent confrontation (the players are disqualified after three warnings). The referees, judges, or officials evaluate the style, tactics, and technique used by the opponents. This is usually done over three rounds of two minutes each, with one minute to one minute and a half of recovery time in between each round (each fighter is near the ropes in a corner of the ring).

You have to strike your opponent as many times as you can and protect yourself from his blows during a limited time.

If you are looking to do this professionally, you must be of age and possess have attained at least the level of yellow. Strength is required here, and five sessions of two minutes each are favoured.

It's up to you to become one of tomorrow's pros--and you won't have much competition in the United Kingdom!

Check out these boxing classes in Chennai that will help you train for kickboxing near me.

The History of Savate

Western Boxing is called the "noble art" mainly because it has preceded all other kinds of boxing. This probably explains its popularity and universality today.

In fact, it is the first kind of boxing to have acquired official rules in the eighteenth century, under the supervision of bookmakers...The first boxing champion appears in 1719, but it is not until 1857 that the modern rules of this discipline begin to come into effect.

In 1899, Louis Lerda returns from the United States of America and prides himself in introducing Western boxing to France, with a first Parisian fight at Wagram Hall, while the semblance of a sports federation is erected by enthusiasts in 1903.

However, shortly before, French boxing - which is born in the streets - has been codified in the wake of its popularity throughout different regions in France (the most popular place for the sport remaining the capital of Paris). Charles Lecour (1808-1894) is considered the father of the Boxing Federation in France.

Charles codified French boxing into the sport that we currently practice today. It has evolved a long way from the different variants that existed some time ago.

History reveals that Savate entered its "modern" era when one of Charles's pupils, the count Pierre Baruzy, became champion of France 11 times before, during, and after the Great War! In 1924, he participated in the Olympics.

For the record,in 1907, Georges Clemenceau and his mobile police brigades (called "Tiger" at the time) trained regularly in savate boxing.

The first European Savate Championships took place in the 1970s.

It is no surprise then, that this typically French sport became part of the cultural heritage of France.

You should also discover the art of muay thai. Nothing to do with American boxing - read on to find out why!

The Details of French Boxing Techniques

In French boxing, it is impossible to lie or lie to oneself: you have to give the boxing your all and know how to prove your skills if you want to give a good show and win.

The brute force, the obsessive search for a KO, is far from being the key to any match.  Intelligence and subtlety are key to this kind of fighting, the latter requiring perfect psychomotor coordination.

You will need to develop your flexibility and balance, otherwise you'll hit the floor on your own, no need for a KO ...

You have to know how to be perseverant and courageous at the same time. You need special skills if you want to be the best at this sport and impress your opponents.

There is a strategic dimension to French Boxing Savate. The statistics on this type of boxing say it all. American scientists have found that "French boxing [...] has a lower number of injuries every year than in sports like American football, ice hockey, football, gymnastics, basketball, baseball, and rollerblading "- yes, you heard right! So, for those of you who are looking for injuries, go your way, Savate is a gentlemen's sport! It is played in fancy savate slippers, and the referees are normally required to wear a bow tie!

There is another kind of boxing you should know about. It is called Chinese boxing.

As a result, it is not surprising that this boxing is the boxing "most appreciated by the fairer sex," according to Cosmopolitan Magazine.

Savate is both relaxing for the body as well as a fun activity that will allow you an escape from your daily life. No wonder savate attracts people seeking to maintain a slender and athletic figure.

There is also a "savate" adapted to French fitness boxing fans.

In fact, fencing has been a great influence on this gentlemanly sport (Jean-François Loudcher believes that it initially was a resurgence of duels from the time of Louis XIII and Richelieu)...

If championships mean blows and danger, then you can be sure that regular practice sometimes lead to blows that do not result in getting hurt - this is all part of the etiquette of savate.

There are outright competitions like this: we see that finesse with this type of boxing is at the heart of its concerns.

There are other elegant elements to this sport, it is forbidden to aim at someone's private parts, but also the breasts for female fighters. Strikes from behind, considered unworthy, are prohibited.

Do you know what shadowboxing is?

The Levels and the Champions of Savate, French Boxing

French boxing has existed for centuries and had a rich history since its professional debut with Charlemont's 11 national titles in Baruzy during the First World War ..

The greatest French boxers that have ever existed are called Scheffler, Robin, Nandi, and Berro ...

But before you get to the high ranks, you will have to do your learning and practice.

These gloves allow you to have a worldwide ranking and understand how to register to a competition.

Here are the colors of gloves one must go through when evolving from the beginner's level to being qualified as a champion:

Let's be clear though: it's hard to get to those top 5 ranks! But your motivation can work miracles and tackle these obstacles!

Savate can teach us many things, and courage is one of them!

Learn What is Thai Boxing About?
Find out how Shadow Boxing Could Change Your Workout
Discover What Are the Combat Sports Coming Out of China?
Check out all you need to know about American Kickboxing: The King of Full-Contact