The parade of the Chinese New Year proves it to us every year: the Chinese history and culture is based on a particular and advanced thousand-year-old tradition.

Whether a traveller or a lover of culture, the history of China and its empire tempt to learn Mandarin Chinese, if only to approach its cultural foundations. The pull of the Great Wall brings thousands to China today to marvel at this wonder of the world.

A country ruled by many dynasties over the centuries, such as the Tang dynasty, Ming dynasty, Qing dynasty and the Sui dynasty (just to name a few!) These historical eras in Chinese history bare the name of the family that dominated that period in time. Fascinatingly, some dynasties lasted for centuries while others only lasted mere decades. Each of which all had an important impact on Chinese culture, economics, art and politics and we can learn a lot about China from studying their history.

Martial arts, traditional medicine, Buddha, the Dragon Boat Festival, yoga and origami (Yes, it's a Chinese art, I didn't make a mistake) are just a few of the many components which make up this extremely rich cultural.

In the search for spirituality or for a way to have a deep look at the history of mankind, China is filled with answers for the souls in questioning.

The Chinese characters of nobilities are so many cultural traits of the history which you can acquire by combining active meditation, focus and peace of mind.

Far from the pseudo-racists sketches of certain English comedians, while taking lessons of the official language of the Republic of China you will be more able to understand the specificity of this territory.

At the same time in the use of the language as in its relationship with the mind or still with health, China intrigues the British.

Lets take a walk together along the linguistic tracks of China, taking all the cultural paths that are offered to us... Thank you 谢谢

Discover how to learn Chinese if you are English... 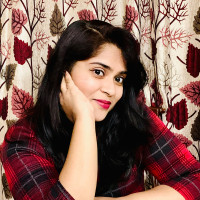 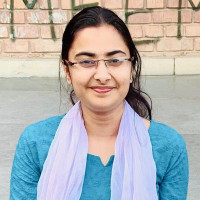 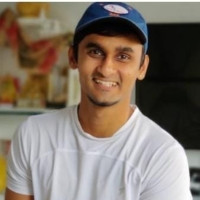 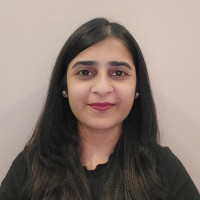 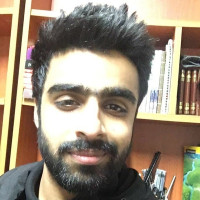 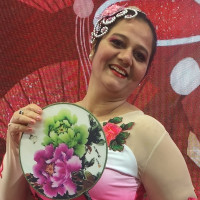 The Chinese Culture of Martial Arts

Sitting in front of the television, the images showing and the child that can't peel himself away…

The hero of the movie makes a sequence of technical movements of martial arts without stopping and a single stick of bamboo allows him to face a dozen opponents without taking a single shot.

That child, is you a few years ago… The heroes, in turn, are called:

The movie, it's one of the Chinese origin features films that rocked your childhood, such as:

Despite the passage of time, you always find the same pleasure when watching again and trying to reproduce the scenes of those choreographed fights that you know by heart without speaking Chinese.

Nevertheless, even with the best will in the world, the control of your body, your kicks thrown in the air and the sketches of somersaults on your bed, they do nothing: you don't get to fight like those actors.

As the Chinese saying goes:

“You try to catch the wind and to run after a shade”.

To get closer to the origin of all the martial arts, it's necessary to go back to the history of China all the way back to the illustrious temple of Shaolin situated in the province of Henan…

Unfortunately for you, foreign students are forbidden to train directly in the temple Shaolin with the monks as trainers.

On the other hand, in a trip to China, you can join a school "Wushu", known for Shaolin Kung Fu, where you will find the monks of Shaolin who will guarantee your learning of the martial arts at a much higher level.

These schools - which welcome novice pupils from all over the whole world - are situated in a quiet and traditional environment which provides ideal conditions to bring to a successful conclusion the study and your training in the Chinese martial arts.

Naturally, this is not a linguistic exchange and your masters will be capable of speaking English, but to make a success of your stay in China and of your immersion in the tradition of the martial arts, it's better to know Mandarin.

By learning Chinese, the vocabulary and the tones of masters of the martial arts such as the Kung Fu/Wushu Modern/Sanda/Tai Chi and Qi Gong, you get closer to this traditional philosophy that has implicitly embraced you.

“It's difficult to catch a black cat in a dark room, especially when he's not there.”

This Chinese proverb can seem harmless, but it summarizes well the paradox that we can feel between western medicine and eastern medicine. Both disciplines compete for the first place, however, it's the Chinese medicine that again becomes a subject of conversation of these last years.

Take a Chinese class Chennai to improve your skills.

The numerous financial scandals of the western medicine don't help, the traditional Chinese medicine has seen a return of its ancestral knowledge up-to-date.

A product of the daily oral transmission from masters to pupils since millenniums, this medicine was born from the experience of the ancients and is part of the founding cultural property of the Chinese civilization.

This therapeutic knowledge has more than 3000 years of practice and keeps adapting itself to the everyday life of the modern world, without ending its founding theories.

For numerous Westerners today, the Chinese medicine is an alternative health option that is reliable. There, where medicine heals through medication and generic drugs, with harmful side effects, the Chinese medical science, on the other hand, proposes an ethical evaluation of your body to understand the reactions.

Named in the west and in France "alternative medicine", "soft", or even "complementary", the Chinese medicine includes several methods such as the traditional acupuncture.

Away from the pharmaceutical techniques, it's then through another quite different approach that Chinese medicine tries to overcome health problems.

To study it, it's in the university and in the Institute of Chinese Medicine that you have to go. Open to all, including foreign students, these formations are provided in English and in Chinese Mandarin. So, to mitigate your lack of knowledge in the language of the dragon, one year of study will be proposed to you to practice your pronunciation, to perfect your Chinese writing and to assimilate the concepts without an English-Chinese dictionary.

And to discover the culture in a little more depth, why not go to work in China?

No more stress with Chinese Yoga

There's no need to go to Wing Yip to understand the power of the Chinese empire.

This one crossed our borders several centuries ago and with it the spiritual Chinese culture with the famous theory of the yin-yang.

As the karma in India, the yin-yang is a theory that has never been forgotten and remains one of the spiritual Chinese foundations and Buddhism. This idea claims that every object or phenomenon in the universe consists of two opposite and complementary sides.

The relation between the yin and yang is a universal law of the material world which we find at the heart of everything. It's at the same time the principle and the origin of the existence of all the beings of our world.

Present in traditional medicine to establish diagnostics and to explain the physiology and the pathology of the human body, this relationship between yin and yang are the very foundations of the Kung Fu. This is still practiced in modern China.

This school of life that is kung fu, consists of several branches of one same tree. Apart from that oriented to the fight, which is the most popular, another branch exists: the Nei Chia.

We are here in the presence of a more internal practice, oriented towards harmonizing the body and mind, the focus and the self-control. The only enemy to fight is, in this particular case, the inner dispersion, the lack of will and concentration which affect us all.

Considered as a superstition, this practice was forbidden and intended for a long time only for the Chinese. However, it's in the origins of this Kung Fu and its breathing exercises to allow a better meditation for the monks of Shaolin, that we find what we know today as the Chinese Taoist yoga or the "Qi-Gong".

This old technique of regeneration is intended to protect the body against the rheumatisms in particular and helps to fight against ageing. Today, we can learn these active meditation techniques almost everywhere in the world, but it's necessary to understand Mandarin to seize the deep sense with it.

Consider learning Chinese as you travel through China...

Originated in China it's, nevertheless, the Japanese term "Origami" which is known all over the world and not the Chinese term "zhézhi"  折纸.

Even etymologically, the term origami (or: fold and come: paper) results from Japanese kanji that comes from Chinese characters.

When becoming masters (sensei) on the subject, the Japanese completely absorbed the history to turn it to their benefit.

When most of the students turn to the Japanese peninsula to learn the art of the folding of the paper, it's, however, in the traditional Chinese and thousand-year-old culture that it finds its foundations

Dating from Han dynasty, it wasn't brought to Japan until much later with the success known today.

It's, however, in the popular rituals of the Buddhist monks that the techniques of cutting and folding to obtain a form representing a reality, were developed.

Every creation, whether it's about animals, objects or flowers has a particular meaning. We will offer, for example, a creation of flowers in origami to prove friendship (it doesn't smell as good as real flowers, but it's also attractive).

So, if you wish to travel to China, in an immersion in the Chinese culture, you will probably have to do some figures on a square sheet of paper through a series of folds.

You will need to be skilled with your hands, but also with your language and your brain, because, to ensure the basic understanding of this thousand-year-old art, you will have to have notions of Chinese!

Discover also the many benefits of learning Chinese...