What is a Screenplay? "Writing a screenplay, for me, is like juggling. It's like, how many balls can you get in the air at once? All those ideas have to float out there to a certain point, and then they'll crystallize into a pattern." -James Cameron

Storytelling is no easy task. There are many pieces of the puzzle that must fit together to create a tale that is informative, engaging, and understandable.

Hardworking writers dedicate a lifetime to fabricating stories that will transport an audience to a different place when reading a novel, watching a movie, binge-watching a series, or analysing poetry.

Therefore, without further delay, in today's article, we will focus our attention on a specific sector of writing known as screenwriting and correctly examine the definition of a screenplay.

Improve yourself with acting classes Manchester here on Superprof. 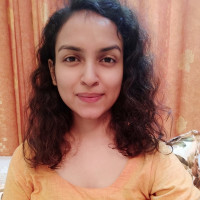 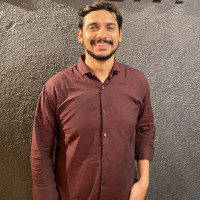 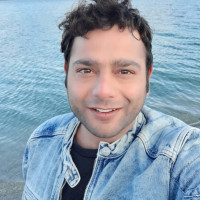 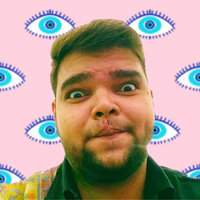 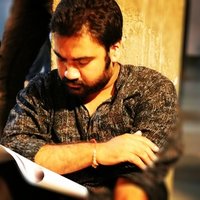 A Brief Description of a Screenplay

What exactly is a screenplay?

In short, a screenplay is a script written by a writer for a movie, television series, or video game. Screenplays include acting instructions, scene directions, and narration.

A screenplay can be wholly original and 100% from the imagination of the writer or partially based on some other medium such as a foreign film, a short story, a poem, or a television program. That is why there are two categories for screenplays at the Academy Awards: Best Original Screenplay and Best Adapted Screenplay.

It is essential to mention that a screenplay is not always followed faithfully. A screenwriter may write 200 pages, but in some cases, specific scenes are cut due to studio requests or overall impact of the story.

A general rule of screenwriters is that every page equates to roughly one minute of screentime; in practice, when writing the story, this proves true but after editing the running time of the final movie changes.

The majority of screenwriters who have written successful screenplays follow the one-page-one-minute rule use 12 points standard font to ensure that the information stays organised.

Little do many people know that a screenplay is primarily composed of two components: action or "screen direction" and dialogue. Action refers to anything that can be seen or heard by the audience, such as character movements or sound effects. Discussion is quite self-explanatory and signifies the words that the characters speak.

Reviewing classic screenplays is a brilliant way to observe how dialogue and action phrases are written on a script. For example, the dialogue is different from the action and is always written in the centre column.

It is interesting to point out that the paper on which screenplays are written differs from the United States to the United Kingdom. For instance, in the US, a three-hole-punched American letter-size paper is used, and in the UK, double-hole-punched A4 paper is utilised by screenwriters.

A4 paper is slightly taller and narrower than the standard American letter-size.

Also, as we have previously seen, there are uncompromising formatting rules to writing a screenplay that must be followed. Therefore, to help beginners write engaging stories and follow the rules from the start, there are many software systems that have been developed.

Writing screenplays is a fantastic career for those who have great ideas and who want to see their stories hit the silver screen.

Where to find helpful resources for writing a screenplay? Click this link to find out.

Science-fiction, drama, comedy, action, fantasy, historical, and horror; all are different types of movie genres that can be watched. Screenwriters may specialise in one, two, or more styles to fabricate stories that completely thrill the audience members.

Nevertheless, it is essential to state that there are different screenplay formats that can be observed. The following is a brief explanation of each form that has unique "blueprints" or rules to abide by:

By specialising in and following the format of a feature film, television, or documentary screenplay, screenwriters hone their skills and create meaningful work that inspires others.

Need any advice to write a better screenplay? Click this informative link.

Analysing the Best Screenplays of All-Time

Francis Ford Coppola, Woody Allen, Joseph L. Mankiewicz, Harold Koch, and Billy Wilder; what do these talented men have in common? They have all written one or more of the world's most acclaimed screenplays.

Whether their screenwriting efforts were works of fiction, non-fiction, action, drama, or comedy, the previously mentioned legends have left their mark on cinema and have paved the way for aspiring screenwriters of the 21st-century.

What would the world of cinema be without Casablanca, The Godfather Parts I and II, Some Like it Hot!, All About Eve, or Annie Hall? I don't even want to imagine a world without those masterpieces!

Without further ado, we will briefly analyse some of the best film screenplays of all time and why they are so irresistible.

Set in 1940s Casablanca, Morocco, Casablanca was written by Julius J. Epstein, Philip G. Epstein, and Howard Koch. The screenplay was adapted from the play. Everybody Comes to Rick's and became a significant success. The chemistry between stars Ingrid Bergman and Humphrey Bogart has left a lasting impression on worldwide audiences.

Classic lines such as "Here's looking at you, kid", "We'll always have Paris", "Louis, I think this is the beginning of a beautiful friendship", and "Play it, Sam. Play 'As Time Goes By'" have been quoted and misquoted by movie lovers everywhere. Casablanca is real work of art and the titles it has received as "Best Screenplay of All-Time" and "Best Hollywood Movie Ever" cannot be disputed.

Also, the manner in which the story effortlessly weaves in and out of generations and continents proves it is a feat on its own that deserves recognition for being an epic story.

Awarded the Academy Award for Best Adapted Screenplay in 1974, The Godfather Part II has become a classic that is studied by aspiring screenwriters in film schools all over the world.

Woody Allen is a master with words. He has written some of the most intriguing screenplays of all time; Bullets Over Broadway, Hannah and Her Sisters, Crimes and Misdemeanors, Manhattan, Blue Jasmine, and Midnight and Paris.

Nevertheless, there is one screenplay that reigns supreme above all of Woody's other works. Which screenplay is that? Annie Hall. One of the most enchanting yet heartbreaking romantic comedies ever made, Annie Hall hilariously displays the breakdown of a relationship and highlights the very human inability to appreciate something special until it is gone.

Annie Hall was not supposed to become the film it became; which provides further proof that a movie or a story becomes a masterpiece in the editing room.

Eternal Sunshine of the Spotless Mind

Since the previously mentioned screenplays were all written in the 2oth century, there is a desperate need to include a story that was crafted in the last twenty years. Therefore, the screenplay that we believe deserves honourable mention is one that has topped the charts of the best screenplays of the 21st century; it is a stroke of genius written by Charlie Kauffman known as Eternal Sunshine of the Spotless Mind.

Starring Jim Carrey and Kate Winslet, Eternal Sunshine of the Spotless Mind is a story about two partners from a failed relationship that have such painful memories that they want to erase the memory of each other from their minds. A masterful exploration through the human psyche that earned Charlie Kauffman a well-deserved Oscar for Best Original Screenplay.

Since the majority of screenwriters are based in Hollywood, it comes as no surprise that one of the best screenplays ever written is a Hollywood satire. Sunset Boulevard was written by Billy Wilder, D. M Marshman Jr., and Charles Brackett.

They are deemed culturally significant and relevant for correctly representing the fatal allure of Hollywood in only one film. Sayings uttered in the film from the cast have been featured on some of the lists of the best movies quotes of all time. For example, who could forget the line, "All right, Mr DeMille, I'm ready for my close-up."

After carefully analysing today's article, the basics of a screenplay, its different types, and the most recognisable screenplays of all time are clearly understood. Good luck and godspeed with your first screenplay!

Did you know that there are also teleplays written by talented writers?