The History Of Dutch Cinema

The Netherlands is a relatively small country in Europe. In fact, Holland accounts for less than 1% of the European Union total territory, and the Dutch people make up only 3.3% of the EU population. Despite that, the Netherlands has been at the centre of European visual arts ever since painters such as  Rembrandt and his likes, promoted the country's culture onto the international stage.

The Dutch industry being such a small community most Dutch actors, actress, directors and cinematographers know one another. It might also explain why many Dutch talents often turn to the international cinema industry, including Hollywood.

But let's examine the History of Dutch cinema and how the country's movie industry became internationally acclaimed.

Find Dutch language lessons you can take on Superprof. 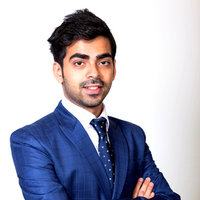 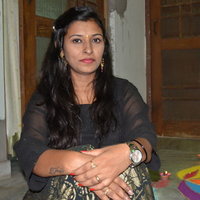 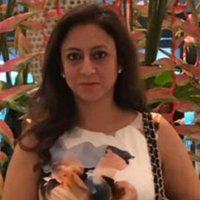 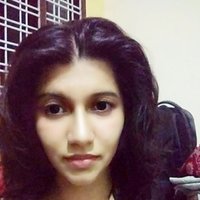 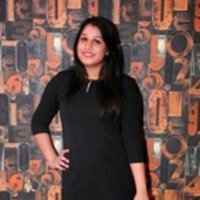 The very first public movie screening was held in Paris, in December 1895. The aptly named Lumiere brothers projected a series of ten short movies at the Salon Indien du Grand Café. It was the beginning of the film industry.

A few months later,  M.H. Laddé, a Dutch photographer and film director, produced the first Dutch fictional film, Gestoorde hengelaar (Disturbed Angler). The movie was a silent slapstick comedy only featuring two actors: Lion Solser and Piet Hesse. The film was projected in Slieker's cinema, and a pipe organ provided the audience with the movie's music.

This projection marked the very beginning of the Dutch cinema, but sadly, the movie was lost, and no pictures of it were taken.

In the following, Dutch cinema continued to develop, and one of the driving force behind it was the Mullens brothers, Willy and Albert. In the early 1900's they started their own cinema studio and produced the oldest surviving Dutch movie, The Misadventure of a French Gentleman Without Pants at the Zandvoort Beach.

The silent six-minute long comedy movie caused quite a raucous at the time as the actors and filming crew got arrested for indecent exposure for showing naked legs, which at the time was illegal. Profiting from the free advertisement, the movie ended up selling-out at Zandvoort's "Olympia Circus Theater.

The World War I Boom

During World War I, as the Netherlands remained neutral in the conflict, the Dutch movie industry continued to flourish. Willy Mullens started a second movie studio, the Haghefilm and quickly established himself has the largest and most respected movie production company in the Netherlands.

One of his Mullens main competitors was the Filmfabriek Hollandia, a film production and distribution company created by Maurice Binger in 1912. Together, it is estimated that they produced almost every Dutch movies from 1914 to 1922.

In 1913, Binger produced the very first Dutch feature film: The Living Ladder. This 50 minutes silent drama film full version was lost, and only a 25-minute English translation of the movie remains.

Two more names should be added to the list of pioneers that established the Dutch cinema:

During the 1930's, the beginning of talking motion pictures called for Dutch spoken movies. 37 movies were released between 1934 and 1940, and the rapidly growing industry had to rely on foreign film professionals, many of whom were fleeing Germany as the National Socialist party of Adolf Hitler rose to power.

During WWII, Holland was not spared by the Nazis and was occupied from 1940 until the liberation in 1945. Throughout this period, the Dutch cinema industry came to a near halt. The only movies that the German-occupation government allowed to be produced were propaganda films that served the ideology of the Third Reich.

Three of these movies are well known as they were used by the Nazis extensively: A New Order Arises (1941), With Germany against Bolshevism (1941) and Work in Germany (1942). However, in 1943, the Dutch movie industry stopped completely as fundings were cut by the occupation government.

The Rise of The Dutch Documentary

After the liberation, the economic effort focused on rebuilding the Netherlands, which had been extensively bombed by the Third Reich and the Allies attempting to liberate the country.

It was not until the end of the 1950's that the Dutch cinema started to be revitalised. The Dutch government decided to establish several cinematographic institutes to promote the cinema industry. This included the Nederlands Film Fund, founded in 1957 and the Dutch Film Academy created in 1958.

It is around that time that the Dutch documentary tradition emerged. Led by directors such as Bert Haanstra, this movement brought back Dutch cinema under the spotlight.  Haanstra won multiple awards including the Short Film Palme d'Or at the 1951 Cannes Film Festival for his movie Mirror of Holland and an Academy Award for Documentary Short Subject for his 1959's Glass. He was also rewarded at the Berlin International Film Festival.

Other names of the Dutch documentary school include:

Documentaries remain an essential part of Dutch cinema and every year since 1988, Amsterdam has been home to the International Documentary Film Festival.  Over almost two weeks, the festival screens more than 300 films, sells more than 250,000 tickets and welcomes more than 3,000 guests.

Dutch directors were known to be very liberal in their creation, often filming nudity, crude language or gore scene. Though it might have stopped Dutch cinema to spread to more conservative countries such as the UK or the US, this was only a reflection of the Dutch society open-mindedness.

Do you want to learn Dutch in London? Find lessons on Superprof website.

With the 1970's came new kind of Dutch cinema and the renewal of an industry that some saw has lacking personality.

One of the leading directors that brought the Dutch film industry into the modern era was Paul Verhoeven. You may recognise his name as Verhoeven had a nearly two-decade-long directing stint in Hollywood. But before that, he was the one who reinvented Dutch cinema and droveDutch people back into movie theatres.

Turkish Delight and Soldier of Orange were also met positively abroad which gave Verhoeven a chance to export his talent to Hollywood. He also brought with him a couple of Dutch actors, Rutger Hauer (who played in the original Blade Runner movie opposite Harrison Ford) and Jeroen Barbe.

This export of Dutch talent gave the national cinema a newly found appeal and allowed for the current generation of Dutch actors to follow.

Verhoeven came back to the Netherlands in 2006 and directed the most significant Dutch production ever: Black Books. With a budget of nearly €18 million, the movie was met very positively, both in Holland and abroad. It won three Golden Calved at the Netherlands Film Festival and was nominated for the BAFTA Award for Best Film Not in the English Language.

You may not have noticed but many Dutch actors have been cast in super-production movies and international phenomenon series such as HBO's Game of Thrones.

Fans of Games of Thrones may have spotted a couple of Dutch actors:  Michiel Huisman who portrays Daario Naaris (and also appeared in  The Young Victoria, World War Z and The Age of Adaline) and  Carice van Houten who has played the role of Melisandre since the second season of the show.

Despite its small size, Dutch cinema has reached international fame and will undoubtedly continue to set the tone of the European independent movie scene, hopefully keeping the same liberal mindset that made it successful in the first place.