Geometry, From the Beginning It sometimes crosses this writer’s mind to wonder about the first individual who looked at a rock and envisioned its possibilities – as a tool, a weapon; something that could be made into other useful things…

How must one’s mind work to see something so ordinary, so commonplace and see within it endless potential uses?

Likewise with recognising shapes, perhaps in oft-repeated patterns, and setting oneself to studying them.

Admittedly, triangles, squares and parallelograms are not generally seen in nature; if any geometric shape could be said to be prevalent, it would be the circle or perhaps a sphere.

Still, doesn’t that thought make you wonder how quadrangles and polygons of all types came to be universally accepted as basic geometrical shapes?

Today, your Superprof looks at geometry from its early days until now – a discipline so fundamental to our way of life that we cannot do without it.

Discover the best maths tutors near me here. 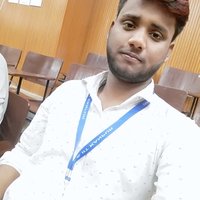 How it All Began

Although Euclid is widely considered the father of geometry, geometric studies were underway long before he consolidated observations into a treatise.

In fact, about 2,500 years before Euclid was born, Ancient Mesopotamians were studying obtuse triangles. Babylonians had compiled substantial empirical data concerning angles, lengths, area and volume to build their fantastic cities and further their astronomy studies.

Some of the principles they established are so elaborate that today’s geometers would have to draw on advanced calculus to arrive at the same conclusions those early mathematicians did.

Concurrent to Babylonian studies, geometric advances were being made in India. By 800BC, Vedic teachings included what became known as the first statements of Pythagoras’ Theorem in their directions for building a suitable altar for worship.

On the other side of the Fertile Crescent, Egyptians were forging ahead with their geometric studies as well. They had to have an understanding of geometry; how else would they have been able to construct the pyramids?

Today, we credit Thales with the original mathematical deduction; unfortunately, none of his work survives. However, it is postulated that Pythagoras must have been a student of his because much of his work reflects his proposed teacher’s ideas.

Did you know that, besides being mad for triangles of all types, Pythagoras was a world traveller? He made his way to Babylon and kept going until he arrived in Egypt.

Some speculate that he was less a geometer than a compiler of already-existing information but what is clear is that he was the first to give deductive proof of what we know as the Pythagorean Theory.

A century on, back in Greece, the great philosopher Plato was also a fan of geometry. Because he was so influential, mathematicians soon adopted his credo: that geometry should employ no tools other than a compass and straightedge.

Wouldn’t you know it? Some of the straightedge and compass problems were proven through the usage of the (mathematical) theory of fields to be impossible… but not until about 2,200 years later!

Finally, we get to Euclid.

Thought to be a student at Plato’s Academy, his 13-book (chapter) treatise titled Elements of Geometry presents certain ‘truths’ - ideas about geometry that are widely held to be correct.

You can see for yourself; Euclid’s five axioms are:

These precepts, proven time and again, form the foundation of the discipline we know as geometry.

Today, many of the concepts expressed by Euclid geometrically are now classified as algebra rather than purely as geometry, giving irrevocable proof that all maths are related.

Have you mastered these basic geometry equations?

These classical Greek studies, which included geometry, had to somehow make their way into the wider world, specifically to Europe, where some of the greatest minds were at work.

Much of the bounty of the Islamic Golden Age, the period between the 8th and 14th centuries appeared in the great royal courts of the day.

Ptolemy’s Almagest, a mathematical/astronomical treatise to this day considered the most influential scientific text of all time, was given to King William I, the second king of Sicily, as a gift.

This work and others written by Euclid were translated, permitting further development of Euclidean geometry as well as algebraic geometry. The end result was explosive new theorems and concepts.

By this time, the Italian Renaissance was well underway; artists became unlikely beneficiaries of advances in geometric studies; their paintings gained depth and dimension from the geometrical method of perspective.

Think about Leonardo da Vinci’s most famous work, Vitruvian Man: the exactly-proportioned human form perfectly contained within a circle which itself is ‘squared’ - again, we return to the compass-and-straightedge challenge!

Still, information moved slowly; not every Renaissance artist or scholar gained exposure to the latest ideas regarding shapes and equations.

Mathematician and philosopher René Descartes levelled the playing field by introducing geometry with coordinates and equations – what is now known as analytic geometry.

The second big shift in geometric studies of the day was projective geometry – how points align with no measurement involved.

Do you need a geometry tutor to help you understand calculus as it relates to geometry?

Not everything Euclid postulated was gospel; the parallel postulate proved impossible to prove, which gave rise to a type of geometry that proves the impossibility of that postulate; it was dubbed non-Euclidean geometry.

Other theories and discoveries soon followed. One, by Bernard Riemann, applied calculus to smooth surfaces, founding a different branch of non-Euclidean geometry and provided the groundwork for the world’s most famous equation: e=mc2.

Topology, the study of the properties of a geometric object, looks at larger aspects of shapes such as their connectedness and boundaries rather than elemental qualities such as length and equality of angle measurements.

Today, with computer applications governing so many aspects of human life, new fields of geometry have taken the lead. Some deal with geometric algorithms (computational geometry) while others concern themselves with individual geometric data sets (digital geometry).

It seems almost a shame that the field of geometry is so advanced; long gone are the days of Euclid and Descartes – after all, nobody is going to rename the Cartesian coordinates system after a current-day geometer.

Meanwhile, students in primary and secondary school scratch their heads over why they have to learn the Pythagorean Theorem when there are so many tools at our disposal to measure, calculate and quantify everything.

Such a view is painfully short-sighted.

You may not ever build a house or a piece of furniture yourself but you surely must appreciate that whoever is involved in the building process, from the architect to the machinist running the lathe that spins the wood to make the chair or table leg, must know geometry – otherwise, houses would crumble and no chair would be safe to bear any weight.

Everything, from the volume of the glass you drink your morning juice out of to the tyres on your car employ geometric principles in their making and in their usage.

What if you simply don’t care about straight lines and geometric shapes?

If you can’t see a future for yourself in some murky lab, doing calculations all day long, indeed if you’ve reasoned that coding and computer programming is where the money and prestige are at… guess what? You will have to know geometry!

If you aspire to become the next great game designer, you should know that everything from vector graphics to the polygons that form the game’s terrain is geometric.

What about sat-nav, GPS and even your new flatscreen television? All of them make use of geometry to calculate everything from positioning to pixels to provide you with the optimal experience based on your position.

Maybe you’re currently stymied at having to calculate the circumference of a circle or the area and volume of a pyramid now but, the more you learn about geometry and its functions in the world around you, surely, the more you will warm to this area of study – maybe even make it your life’s work!

To get you properly started, we've compiled basic Euclidean geometry formulas in this handy table.