Why Take Drama Classes? Because Learning To Act Is A Real Confidence Booster BlogArts and HobbiesActingLearn to Act and Gain Confidence With Acting Classes

Suffering From A Lack Of Confidence: Is Acting Just For Extroverts?

You could easily be fooled into believing that most screen actors are pretty self-assured, and that's how they've had so much success in the entertainment industry. However, the truth is that acting is more often than not what gives them the confidence to grow in the first place and be comfortable on camera.

Do you remember the popular girls and boys as a teen? They were usually the ones who played up to teachers and got the most laughs from the peers around them! At the time, as someone on the sidelines, you probably envied how outgoing they were, wishing you could be just as happy in your own skin. In actual fact though, those who are the most self-conscious and vulnerable usually develop a persona - they act in the way that they want to be perceived in order to protect their emotions.

The idea of using drama to get away from who you really are is just as common in adults too, however, some use the skills learned through acting classes to begin finding out more about themselves.

Anyone who has had even a minor, supporting role in a school or village play, or who has attended their first ever acting workshop, will admit that learning to act is a truly liberating experience. Not only can you, while portraying a character, temporarily forget about all of your financial worries, relationship troubles, work stress and other concerns, you can also take away all of the energy and positive traits of the person you have trained to play and transmit that to the stage.

Meanwhile, many find that this newfound euphoria that they get from being an actor spills into their personal lives and changes their outlook on life entirely.

I am a firm believer in taking yourself out of your comfort zone to really find a sense of accomplishment. That is why I think that taking acting classes to become an actor are the perfect way to bring an introvert's personality and emotions to the forefront and help them to realise that it is good to express themselves, find their creativity through acting and to be heard (even if it is through the voice of their character initially!).

But, as mentioned, acting isn't only an activity that makes you seem more extrovert to those around you, the positive effects are usually long-lasting which means that you get hooked on theatrics.

Is It True That Some People Are Born Masters Of The Stage?

It is often said that some people 'are meant for the stage'.

A lot of parents and grandparents, for example, joke about their little ones being destined for life as a star, because of how confidently they showcase their singing, dancing or acting skills as well as how they react to the reception that they get from their families. Some might even start applying for modelling or acting classes for kids on their behalf.

While I do believe that some people are indeed born to be film stars, I am in no way saying that less self-assured human beings shouldn't even bother competing for places in the industry. Far from it!

The difficult thing, however, is convincing those with low self-esteem to be proud and actually sign up and go to a drama workshop. And ultimately, it should be their decision because if they want to change then they need to seek out ways of making alterations in their life for the better.

That is not to say that friends and family members can't be emotionally supportive and encourage enrolling up on a beginners drama classes.

If you know someone who you feel would really benefit from a confidence boost through singing lessons, dance lessons or learning acting skills and getting valuable acting tips, then highlight all of the pros and offer to come along with them for support. You could even be someone that they become comfortable opening up to and rehearsing with, and can watch them explore their creative talents, see their passions develop and witness them finding their confidence. 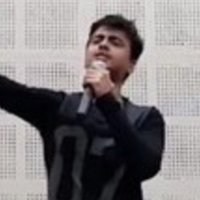 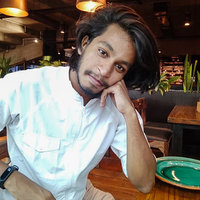 Drama Therapy: How Can Acting Courses Help Me To Grow In Confidence?

So, in what specific ways will acting impact on my abilities and qualities?

Interaction With Other Actors And Actresses

Firstly, taking part in acting classes and rehearsals means taking an hour or two out a week (if not more) to interact with other like-minded individuals in the class and work on technique. Not only can chatting to others who share your passion for theatre (or share your fear of it!) be good for you when it comes to forging relationships, it also serves to help you combat shyness and become less awkward in a range of social situations.

By placing emphasis on these social skills with people that you feel comfortable with, it should make things much easier for you the next time you do find yourself in a social situation that makes you feel self-conscious or nervous in any way. For example, if you have always avoided large corporate events, coming up with excuses each time the festive period comes around, then with some acting experience under your belt you might feel a bit more certain about joining in with your colleagues and working on getting to know them better.

You never know, you could even start to get excited about going out and meeting new people!

Having to act off of others, learn about emotional cues and body language and searching for character motivations can also help you learn to really listen and negotiate - good skills for any career!

When you register for an acting class, you are more than likely going to develop new bonds and friendships that could wind up being the beginning of relationships for life!

Discovering More About Yourself

Furthermore, an acting coach can encourage you to succeed in thinking about yourself in terms of your emotions and fundamental welfare. This doesn't necessarily mean to say that it will make you arrogant, but it will teach you to focus on yourself in a range of situations rather than worrying about others. For people who spend their entire lives doing things for other people, drama classes can allow them to delve into their own escape and provide a section in time whereby they can learn to just live for themselves, in the moment. Life can be quite intense but learning how to become an actor can culminate in you being more truthful to yourself and thus confident with who you are.

There aren't many activities other than creative arts that allow you to become focused on yourself and explore your own uniqueness and individuality. By learning to understand yourself better than ever before, you can also work on expressing yourself more effectively so you will certainly gain much more from the expenditure than just acting skills. There are many different acting techniques that offer different methods of projecting yourself and your character, like the Meisner technique, free acting, the Strasberg ideology and Method acting, to name but a few.

Interestingly, performing in front of an audience can teach you more about yourself than you could have discovered on your own!

Feeding From The Atmosphere Of Performances

The way that you react and interact with an audience says a lot about the way you engage and connect with those around you. Anyone who knows you will no doubt notice a change in you after participating in a few stage productions, as you'll most likely begin to be more impulsive in your actions and feelings, as though you can identify easier with yourself and others. And spontaneity is essential for a life in Hollywood on broadway!

Some actors and actresses have stood out in history as being so electric to watch on stage or on screen, many of whom would admit to feeling alive when performing. The legendary Audrey Hepburn is a perfect example, and enjoyed a very successful television and film career thanks to her acting skills and overall likeability. She touched her audiences with her personality and brought something special to each role she played through on set storytelling.

Finally, if you are a beginner in the world of acting, then even the smallest accomplishments can feel like you have overcome a big, exciting hurdle. If you have never been one to attract attention, then even considering a drama seminar and walking through the door of the theatre on that first day can feel like a massive step for you personally.

Reaching new goals and challenging yourself culminates in a great sense of achievement and is often the best cure for low self-esteem and conquering your fears.

But while the build up to stage productions can feel daunting for someone who isn't good at showcasing their passion, it is the actual performance that will really bring home everything you have learned in the weeks or months of professional rehearsals.

Portraying a character on stage will mean that you can focus solely on the part, instead of the hundreds of pairs eyes watching and judging you! You will definitely need to be prepared to use your imagination and listening skills and trust your new improvisation techniques if you are to reach the end of your monologue or dynamic performance without breaking into a sweat!

A fear of speaking in public is quite common, and is called glossophobia. If you are to truly overcome your speech and self-esteem anxieties, then the skills acquired through drama lessons like learning breathing techniques, practising lines and watching other performers can be the key to doing so. By studying positive body language and how to achieve a strong mental foundation then you can apply yourself to anything, whether acting jobs or pursuing another avenue.

Many experts say that the best way to get over a fear is to face it - so with a bit of self-encouragement and plain courage, you can do it, and you will feel so happy when you do!

Find acting classes near me with a private tutor on Superprof.