When Was The Industrial Revolution? BlogAcademiaEconomicsThe Growing Importance of Economics during the Industrial Revolution

This period of intense change is associated with a change in manufacturing and production processes, within both an agricultural and industrial context, which led to huge changes throughout all aspects of life in Britain during the time.

Some of the most famous advances brought about by the Industrial Revolution were:

However, there were many more changes to British society and its economy, as we’ll see below.

However, it isn’t uncommon for this area to not be given as much attention as other historical events. As a result, you may find that you can learn more about this period of history by hiring an economics or history tutor to guide you through the particular twists and turns of the Industrial Revolution.

Superprof offers economics and history tutors, as well as tutors across a range of other subjects like economics tutors, to help you get the learning results that you want. 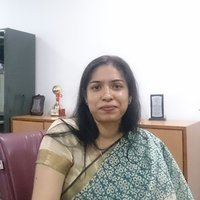 What Happened To Britain’s Economy During The Industrial Revolution?

There were huge changes during the Industrial Revolution.

Its precursor, the Agricultural Revolution, helped to pave the way for those advances, as huge leaps forward in the number of crops that could be grown and harvested promised to sustain an increase in population size.

Aside from the countryside, advances could be felt elsewhere as well. With the advent of steam power, for example, which was pioneered by figures such as James Watt and Matthew Boulton, there were huge changes to how goods were produced and manufactured.

Many industries were impacted by technological advances, including:

Many of these industries were helped along by mechanisation, particularly the cotton and textile industries, and mills are commonly used by historians as examples of how much working practices changed during the Industrial Revolution, including increases to productivity.

This is because steam engines were able to be used in the mills to make them more powerful, and so produce an even higher output of goods. This led to the creation of mill towns, which were often found in the north of England, for example, Manchester or nearby Salford.

Although advances in the cotton industry, through steam power, did help improve manufacturing output, there is a lot to be said for the wide-ranging impact that steam power and steam engines had on how the Industrial Revolution developed in Britain.

Steam power and the advent of coal also helped improve the state of transport across the U.K., with an increasing number of railways and trains springing up to help transport goods across the country.

Even across the waters, Britain’s advancements could be felt. International trade began to increase, resulting in the further development of many port towns, such as Liverpool and Newcastle. Indeed, many towns sprung up with a particular focus on specific industries. Manchester, for instance, became associated with the cotton industry.

These changes were also driven by an emphasis on free-market capitalism, meaning that economic thought also had an important guiding influence during this period of change, as seen below.

There have been many prominent economists across history – John Maynard Keynes and Milton Friedman being just two of the more recent examples during the twentieth century.

The Role of Adam Smith

Adam Smith (1723 – 1790) was a Scottish philosopher, who wrote a number of significant works during his lifetime.

In terms of economics, Smith’s most recognised contributions are often considered to be the works below:

In particular, Adam Smith was known as one of the founders of the classical school of economics and has also had an impact on the later neoclassical school. He is well known for concepts such as the “invisible hand” and it is for this reason that Adam Smith is often associated with the Industrial Revolution from an economic perspective.

In many ways, Smith’s "Wealth of Nations" helped to lay the foundations of economic policy during the early Industrial Revolution. As such, it’s not too far a step to say that Smith was influential in the beginnings of capitalism.

His influence could be seen in the fact that the Industrial Revolution was characterised by the extent of free trade, and broadly liberal economic policies, which helped to foster an environment of increased trade, both within Britain and internationally.

While agricultural communities changed, with new equipment and technological progress permitting more crops to be harvested, there was also an influx of people towards newly founded towns or huge industrial cities.

As a result, living conditions for many men, women, and children, became difficult, especially within the urbanised areas. Children would be sent to factories to work, and the role of women changed too, as an increasing number went to work in industries such as textiles.

Although poor living conditions and long hours at work made life difficult for many, there was good to come out of the Industrial Revolution. For example, more disposable income meant that more people were undertaking cultural activities, such as going to the theatre.

What's more, depending on which historian you ask, the working conditions and standard of living for a worker during the Industrial Revolution may not be as poor as previously thought. The fact that workers could earn an increased wage resulted, some argue, in an increase in overall wellbeing.

Regardless of which side of the fence you sit on, the uncontestable fact is that the Industrial Revolution certain transformed all aspects of daily life of workers, from the advent of the factory system that dictated their working conditions and working infrastructure, to the wages that they took home.

These changes would then have an impact, directly or indirectly, on how people worked for centuries to come.

The Industrial Revolution also paved the way for the rise of the middle class, whose fortunes were greater than those of the working class, even if their riches were still a significant way away from the wealth of the established upper class.

If you’d like to learn more about the Industrial Revolution, or if you’d like to study more about economic history or the history of economic thought more generally, then you may benefit from hiring a personal teacher or tutor to walk you through key thinkers and events in economics over the past few hundred years.

Superprof has a wide range of economics and history tutors, who can answer any questions you may have about economic history. If you let your prospective tutor know in advances which areas of economic history you're interested in, they can then tailor tutoring sessions to fit your needs, whether you'd like to learn about conditions in the mills during the Industrial Revolution, or what the standard of living was really like.

As this subject is often only touched upon lightly in school curricula or during just a few modules at university, sometimes the best way to learn more about economic history is through the help of external parties, such as a tutor. So, as with everything, it's best to be proactive and get out there and look for a tutor if it's an area you'd like to learn more about.

Find out more about the Roman Empire Economy.

Look here at the inter-war economy.

Finally, check out these facts about behavioural finance.