What Is Behavioural Economics? BlogAcademiaEconomicsThe Rise Of Behavioural Economics In The 21st Century

Behavioural economics is a relatively new field within economics, compared to more established areas, such as neoclassical economics or post-Keynesian economic theory.

Behavioural economists would argue that this is because individuals are not completely detached from their emotions when making economic decisions, and as such the heart can overrule the head at times.

Classical and neoclassical economic schools of thought, on the other hand, believe that individuals:

Until recently, neoclassical economics has enjoyed a period of almost unrivalled popularity, with many of the school’s theories and models taking pride of place among economics students and economists alike.

However, with the rise of global events, such as the 2008 financial crisis, that could not be explained by traditional neoclassic economic models, other schools of economic thought are gaining even more traction. Behavioural economics, as a result, is enjoying a period of increased attention, and it’s easy to see why.

With a number of Nobel prize-winning economists in the field, along with the fact that behavioural economics helps to better explain why we make the decisions we do, this relatively new, and growing field, will only gain traction.

This article outlines some of the key areas of behavioural economics theory, while also highlighting some of the key figures within the field and their respective works. 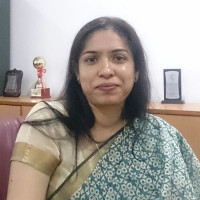 The field draws on the same principle as behavioural economics - namely that individuals are not rational decision makers, and do not always act, as previously thought, in ways that will ultimately maximise their own personal wealth.

As a result, behavioural finance does not prescribe to the efficient market hypothesis – the idea that prices of goods or services reflect all the information available.

With these principles, behavioural finance tries to explain why market anomalies occur, such as:

Some of the main concepts of behavioural finance are outlined below.

Confirmation bias is one way through which individuals have a tendency to interpret information in a biased manner. This happens because individuals tend to acknowledge evidence that supports their own interpretations or beliefs while ignoring evidence that may contradict them.

The idea behind the herd instinct is people’s tendency to follow the actions of others without giving much consideration as to whether they should actually be doing it.

Herd instinct can be used to explain changes in the stock market, notoriously bubbles, for example, the dotcom bubble in the 1990s, and large-scale stock sales.

Loss aversion is one of the cornerstone concepts of both behavioural finance and behavioural economics more generally. The theory posits that individuals feel the loss of something much more keenly than they feel about the prospect of gaining something. This means that individuals are happier to take a risk to prevent losses.

Also known as the self-serving bias, this concept has been studied in great detail within psychology. It describes individuals’ tendencies to attribute positive outcomes to their own abilities and knowledge, but to assign negative outcomes with events that were out of their control.

Kahneman and Tversky are, in some circles, considered to be some of the founding figures of the field of behavioural economics.

Although Daniel Kahneman has done much to contribute to the field of behavioural economics, oddly enough, he is not actually an economist himself. A psychologist by profession, Kahneman worked with his late friend Tversky on a number of projects, with their collaboration spanning decades.

In 2002, Kahneman received the Nobel Prize in economics for his contributions, although Tversky could not be in receipt of the award as well, as the awarding body does not grant posthumous Nobel Prizes.

Some of their main contributions to the field of behavioural economics have been concepts such as:

Richard Thaler has certainly received a lot of media attention over the past few years and deservedly so. With a Nobel Prize in Economics under his belt, which was awarded in 2017, the general public’s interest in behavioural economics has continued grown along with the rise of Thaler’s ideas.

Although Thaler has worked with Kahneman and Tversky previously, he is also known for his own achievements. He is perhaps most well-known for theories such as:

Discover other economics tuition on Superprof.

Not only should these works highlight some of the key concepts in behavioural economics, but they should also help familiarise you with the leading minds in this field, and the kinds of topics that you may end up studying if you took a behavioural economics module at university.

Some popular, relatively accessible works include the following:

However, this list isn't exhaustive, so if you find a book on behavioural economics that appeals to you, or a friend or teacher recommends, then feel free to pick that up and give it a read instead. Ultimately, try to find behavioural economics books about topics that appeal to you, are writing in an interesting or engaging manner, and can help teach you something new about the field.

If you’d like to learn more about behavioural economics and its key concepts, then you can also reach out to a tutor for some additional help and guidance. Superprof, for example, has tutors across a range of subjects, including psychology and economics.

Simply let your economics tutor know in advance what areas of behavioural economics or behavioural finance you’d like to learn about, as this should then give your tutor plenty of time to prepare tailored teaching materials to help you get the most out of your tuition sessions. Superprof offers tuition in an online or in-person setting, on a schedule that works for you, so it’s never been easier to find a tutor to work around your schedule and budget.

If you enter your postcode, then you can be matched with suitable local tutors in your area. So whether you'd like to learn more about Kahneman, or want to know the latest theories by Thaler, there is help at hand.