Famous People from Portugal You Ought to Know About From Cape Verde to Rio de Janeiro, famous people from the Iberian Peninsula have represented Portugal throughout history and across Europe and the world. 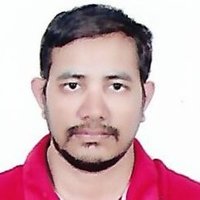 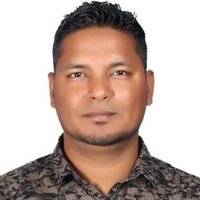 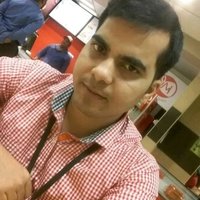 Portuguese Navigators and Explorers in the Age of Exploration

During the Age of Discovery in the fifteenth century, the Portuguese Empire was among the main powers. It saw the discovery of the Americas by Christopher Columbus and a number of important voyages of discovery by Portuguese explorers.

Infante Dom Henrique, nicknamed o Navegador (”the Navigator”) played an important role in Portuguese exploration and colonisation. He was the fourth child of the king of Portugal King John I and was an important counsellor to his father. He was fascinated with trade routes and the legend of Prester John, a mythical medieval figure supposedly ruling a Christian kingdom in the otherwise Muslim Orient.

First, he encouraged his father to gain a foothold in the Sahara trade by conquering Ceuta, a port on the North African coast just across the Straits of Gibraltar. He sponsored a great many naval expeditions that perfected the knowledge of the North Atlantic trade winds, improving navigational data for the circumnavigation of Africa. Under his brother Edwards, he was granted the rights to all trading profits from the regions he discovered as well as a monopoly on tuna in the Algarve.

One of Prince Henry’s expeditions actually meant to locate the source of the merchant caravans of the gold trade that ended in Ceuta got blown off course and discovered the islands of Porto Santo and Madeira. Expeditions financed by Prince Henry the Navigator also discovered more North Atlantic islands, the Azores Islands - one-upping Spain and its claim to the Canary Islands - and the Cape Verde islands. Hugging the African coastline, they eventually found the origin of the Muslim traders' gold, making Portugal rich and ruining Algiers and Tunis.

By the time he died in 1460, explorers from Portugal had made it as far south as the coast of Sierra Leone.

In the last decades of the 15th century, the exploration of the African coast continued. In 1488, a former squire of the Portuguese royal court was once more charged with finding the country ruled by Prester John. King John II gave him command of the man-of-war São Cristóvão which he sailed together with a second caravel, the São Pantaleão. He sailed along the West African coast, past Angola and Namibia, before being blown quite far south during a storm and circumventing Africa from a considerable distance, finally finding land again on the eastern coast of South Africa, where he erected a padrão - a large stone cross - to commemorate the landing (it was rediscovered in 1938). After his crew refused to go on to India, he turned back and officially discovered the Cape of Good Hope on the way home.

He played an important role in equipping Vasco da Gama’s expedition, though he sailed further than the Cape Verde islands on that voyage.

He perished in 1500 off the Cape of Good Hope after sailing to Brazil and on to India.

Taking the navigation data collected by Dias and a Portuguese spy in India (who had travelled there by land) Vasco da Gama was able to reach Calicut in 1498. This opened a new route for the spice trade, cutting out the middleman of overland caravans and helped the Portuguese Empire rise as a world power.

Once they had passed the Cape, they made landfall in several places, including Mozambique, where da Gama pretended to be Muslim, and Mombasa, where the crew resorted to piracy to survive. In Malindi, they found evidence of Indian traders and were able to hire a pilot who guided them the rest of the way through the Indian Ocean.

On his way back, his brother, Paulo da Gama, fell ill and eventually died. He was buried at the monastery of São Francisco at the Azores. Vasco finally made it back to Portugal in 1499.

After his second, larger expedition in 1500 - the fourth of a series of yearly Indian Armadas - da Gama waged war on Calicut’s sultan Zamorin in a brutal and merciless manner, even killing all the pilgrims aboard a ship bound for Mecca. However, he failed to secure the Sultan’s cooperation and returned to Portugal in disgrace. Only when he threatened to follow Magellan’s lead and defect to Spain in 1518 did King Manuel I appoint him Count of Vidigueira, the first Portuguese count not of royal blood.

Fernão de Magalhães, born in 1480, spent much of his early life as a sailor in India, returning to Portugal in 1512. He moved to Spain in 1517 after falling out with King Manuel I of Portugal, and managed to convince King Charles V of Spain to let him lead an expedition in 1519 to find a westward route to the Spice Islands (the 1494 Treaty of Tordesillas gave Portugal exclusive rights to the eastern route around the Cape of Good Hope).

Christopher Columbus had shown that there was another continent to the west, and Vasco Nuñez de Balboa had reached the Pacific Ocean in 1513 by crossing the isthmus of Panama.

Magellan sailed with a fleet of five ships in 1519. He died in the Philippines while fighting Datu Lapu-Lapu, an enemy of Rajah Humabon of Cebu who had befriended the Portuguese explorer and whom he had converted to Christianity. His crew continued on without him, eventually arriving in Portugal with a single ship in 1522. Thus was the first circumnavigation of the globe complete.

Fernando António Nogueira Pessoa is a famous Portuguese poet, writer and philosopher who also wrote in English and French.

Pessoa was born in Lisboa (Lisbon) on June 13th, 1888. His father died of tuberculosis when he was five. His mother subsequently remarried the Portuguese consul in Durban, South Africa (an English colony at the time), where he grew up. While there, he wrote his first poems and stories in English.

At the age of seventeen, he returned to Portugal to study diplomacy, a course he interrupted in 1907 after a student strike against the dictatorship of João Franco, Prime Minister at the time. Instead, he became an autodidact and tried to open his own publishing house, which failed.

In 1912, he published his first Portuguese piece, a critical essay, in the cultural magazine A Águia. In 1915 he co-edited the literary journal Orpheu, of which only two issues were published (the proofs of a third were discovered in 1984). While working as a freelance translator, he published extensively as a literary critic, essayist, political analyst and writer until his death in 1935.

The many names of Fernando Pessoa

Pessoa wrote under various names, or heteronyms (a term he preferred to "pseudonym", as that implies falsification, while all his noms de plume were aspects of himself). Of these, he accumulated over 70 over the course of his lifetime.
Some of Pessoa's best-known heteronyms were:

Apart from his many articles and short pieces, he published four books in English (including a tourist guide to Lisbon) and one in Portuguese (Mensagem). Over 25,000 pages of unpublished work stored in a wooden trunk are still being edited.

From the Alentejo region to the Algarve, Amalia Rodrigues is known throughout the Portuguese-speaking world. This singer and beautiful Portuguese film actress, born in Fundao in 1920 and deceased in 1999, is an icon of the fado tradition, but more as well: she represents the best of everything Portugal has to offer and is a staple of popular Portuguese culture.

A true cultural icon, she has become ingrained in the Portuguese cultural consciousness over years and years. From the Douro Valley to Oporto, everyone knows her name. A true celebrity with a long and prosperous career, sometimes tempestuous, but who has never stopped singing in her mother tongue of Portuguese, making her country shine and influencing Portuguese music in general.

An excellent way of learning this foreign language, through songs and typical lusophone melodies, sometimes off the beaten path, taking us directly into the narrow streets of villages around the capital city of Lisbon to the rolling plains and mountainous vistas of the countryside and on a voyage through the history of Portugal. A must-hear in terms of music and a typical Portuguese personality!

When celebrity status rubs off on your country of origin…

I’ll bet you know of Ronaldo. No? Then turn on the telly!

Cristiano Ronaldo, born in 1985 in Madeira, is the poster boy for Portuguese Men Who Made Iit. Considered one of the best football players in the world, he has won five Ballons d’Or.

Though currently playing for the Italian club Juventus, Cristiano Ronaldo first played for Lisbon club Sporting CP before going on to Manchester United and other clubs, raising them all up in the rankings. He has been nominated as best player by different associations numerous times. With such a prolific career, Ronaldo is proof that Portugal doesn’t just export olivewood and port wine.