Is Proficiency in Maths is Required to Complete an Economics Degree Course in India?

BlogEconomicsDo You Need Maths to Pursue an Economics Degree Course?

Economics is not only an academic term but much historical as well. It kicked off its journey since human beings started appropriating and managing resources. The primitive men used basic calculations to comprehend how well the limited resources at his disposal can be employed and consumed.

This is followed by clans, who used for proper and efficient distribution of the produced. After that, the entire base of economics was revolutionised with the establishment of kingdoms, states and nation. The once needy and indisputed subject matter then became politicised and divided into numerous bits.

However, irrespective of the form economics took in the long course of its development, one thing remains the same, the basic tenet on economics, which is nothing but simple to complex calculations. Hence, imagining chemistry without maths is same as imagining human life without oxygen.

Also, this is not a disputed thing anyhow. Except for a layman, any individual studying economics in school or pursuing an economics degree course will reckon the importance of maths in economics. The thing that concerns us here is the absence of proper understanding and lack of information about what type of maths is used in economics.

If you share the same though as we do and want to dwell deep into this in order to get a clear and correct explanation, you are at the right place.

We will cover what, where and how much maths is elementary in economics degree and studies, economics jobs as well as learn how imperative maths is in solving minor to major economic issues. 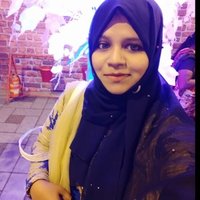 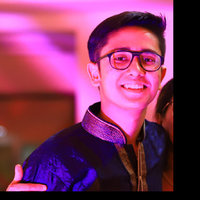 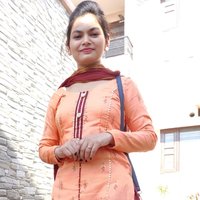 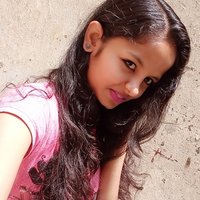 Is Maths Undifferentiated? If Yes, Which One Makes Its Way Into Economics?

Maths, in itself, is everything that deals with numbers, calculations, approximations, and everything similar to these. Also, it is categorised into several categories, not only on the level of difficulty but also into numerous subjects. We will not dive into all the disciplines except for the ones that are part of mathematical economics and quantitative analysis in the same.

Algebra, calculus, graphs, and statistics are the four major parts of maths that are used in economics. Rest of the sections like mensuration, trigonometry, etc are not applicable at all.

This brings us to the conclusion that you do not need to study standalone full-fledged mathematics in order to complete the higher secondaries with economics to pursue bachelor of arts in economics. Unfortunately, the two major educational boards in India alongside the state boards do not offer any specially designed mathematics syllabus for economics students. Maths is kept as an optional subject, which means if opted, the student will have to go through the entire course irrespective of the fact whether it is useful in any sense or not.

Besides, there is another type of amalgamation of economics and maths, which is known as mathematical economics. This branch of economics uses mathematical formulas and calculations to determine economic problems as well as planning out solutions for it. Degree programs under it have differential calculus, linear equations, matrix algebra, mathematical programming, and computational methods in the syllabus.

We will now proceed to know which specific segments of economics deals with which chapter of maths.

Understanding this is extremely important so as to know what maths are you going to learn to study economics. Moreover, proper knowledge of maths is also imperative if you are looking for economic jobs in India.

Different quantitative methods are used to process different economic data. In other and simpler words, the two basic division of economics, ie.; microeconomics and macroeconomics uses a unique set of maths.

Microeconomics, as known to us, is the branch of economics that deals with consumers' and producers' behaviours. The 'behaviours' here means the methods of allocating resources and the interaction between the two parties.

Maths is found everywhere in the principles of microeconomic theory and its derivatives. Besides its application in the subject, maths also enhance one's problem solving skills. Economics, being compulsory for students of 10+1 and 10+2, brings the necessity of studying maths. Thankfully, students in India are taught more or less all these branches of maths in between primary and secondary divisions of class 8, 9 and 10.

As obvious from the definition itself, macroeconomics uses formulas of linear and quadratic equations to solve the problems of computing net/gross domestic product of a nation. Advanced level calculations are used to determine net export/import that a nation is doing, fiscal deficit, trade deficit, national income and many more. Macroeconomics is also the most interesting and intriguing part of the entire discipline. It pulls enthusiasts to seek career opportunities in the field by securing a graduate degree like economics minor, economic major, graduate programs, etc.

The aforementioned explanations clearly show the indispensability of maths from economics. Maths bring precision in the subject and allows to forecast results, frame economic policies and process economic data for the welfare of the society.

With all this information in mind, you must be becoming more curious for knowing what maths is used in popular undergraduate and postgraduate degrees in economics. The next section of this article deals with the same.

Bachelor of Arts (B.A) in Economics

The graduate program of B.A in economics basically contains all the syllabus which you have gone through in the higher secondary. While attending the first few economic classes, you will get to learn all the familiar chapters such as marginal utility, national income, etc.

Except for a few additions, the entire syllabus of the first year of the graduate course remains the same as that of higher secondary. Hence, you do not need to take any extra maths classes for this. The bit of maths used in the studies can be comprehended easily without looking for reference and revising the old maths syllabus.

Masters of Arts (M.A) in Economics

The second and third year of economics honours while pursuing a graduate program will create a perception that the relevance of maths in economics has increased. However, the extensive use of theorems of maths is seen in Masters courses, particularly in statistics.

Advanced summation theories and formulas, equations and graphs are used in almost all the chapters. Masters is mostly done to get economics teacher jobs in India. Hence, it is no wonder why economics professors in universities and colleges are well versed in mathematics.

One such field in bachelors as well as masters programs, in which students have to deal less with maths in business economics. Generally, most of the course syllabus is general study and maths is used only in a few chapters.

Ph.D. is the top level course of economics which once can pursue after completing the masters. The course duration is not fixed in general as it involves not merely studies but also conducting research on economists, economic theories, etc.

A student pursuing this degree course will go through all the major branches of economics such as international economics, applied economics, business economics, environmental economics, etc. The laborious work and dedication required to complete Ph.D. is precisely the reason why a person with this degree receives much respect from society.

All the discussion we have here explicitly demonstrates how maths is attached to economics and also, why is it necessary to actively learn maths in order to understand each and every fundamental of economics. Also, we have seen what maths is used, which will help to sort out the necessary segments and invest time on the same instead of pulling all the fingers to equal length, i.e; learning all the maths, even the ones not used in economics.

Maths in economics is the same as maths in physics and chemistry. Both the subjects have their own studies but maths brings precision and ability to know the things before actually doing it.

For example, we can calculate the height that a stone will achieve if thrown with a particular velocity without actually doing the experiment. In the same way, we can forecast the average outcome of an economic decision and policy before actually enforcing it. All these are not only an academic matter but the pillars that support the finance of a nation, its relations with other countries and also the well being of the people.

Get information about alternative economics here.

Even I want to Know

A little bit of maths is required in personal life.

I don’t have maths in 12th what can i do then? I am still eligible to do ba and ma?

Absolutely! You can choose your discipline!

I am thinking of doing B.Sc economics, with a combination of eco-stat-maths .Can you please elaborate what kind of maths is required for it, I mean do I need hardcore maths including trigonometry and coordinate geometry ?

You require an intermediate level of proficiency in Mathematics.

I don’t want to take maths in 11th and 12th standard. Can I still pursue my dream of becoming a PhD in economics?

PhD in economics does require mathematics

I’m in class 11 and have to choose between applied mathematics and pure mathematics. Which one should I go for if I want to do economic honours??