How to start learning Russian BlogLanguagesRussianStarting from Zero to Learn Russian

"The Russian language! For centuries people have created this versatile, sumptuous, intelligent tool, this poetic medium with an inexhaustible wealth of words to describe their social life, their thoughts, their feelings, their hopes, their anger, their great future.”

If Tolstoy’s words touch your heart, maybe you should learn Russian!

Easier said than done? Obviously, like all foreign languages, learning Russian requires dedication, finding the right Russian course online, motivation and discipline to get to a good level in the language!

Become one of the 280 million Russian speakers around the world! If want to find a tutor, searching for Russian courses London produces the most results on Superprof but there is a lot more choice if you learn Russian online.

In this article, Superprof shares our basic tips to acquire a basic level of Russian - and why not continue learning past the intermediate level to become truly bilingual, whatever level you’re starting from! 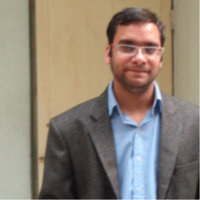 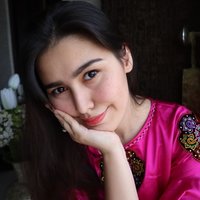 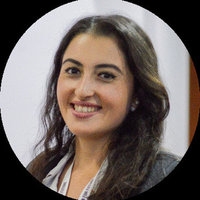 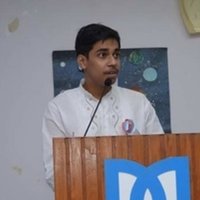 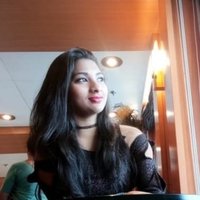 You can’t learn a language without starting with the basics, just like you need to learn to walk before you can run.

There’s no point in trying to learn everything at once because you’re likely to become quickly discouraged. Take your time to learn the Russian alphabet, a few vocabulary words and a bit of grammar, and after a while, you’ll be able to compose sentences in Russian on your own!

When you begin learning Russian, the first step is to learn your new alphabet just like when you start studying Japanese, Greek, or Chinese.

The Cyrillic alphabet is pretty different from the Latin alphabet and it will take several hours of study before you’re able to master it.

If you are interested in learning the Russian language, the first thing to do is to start learning the alphabet.

Russian uses the Cyrillic alphabet which is completely different from the Latin alphabet used by English and many other Indo-European languages.

Other languages that use the Cyrillic alphabet are Ukrainian, Belorussian, Bulgarian, Serbian and more. (So if you're learning Cyrillic, you'll be able to read the written words in those languages too.) Cool, right?

The Russian version of the Cyrillic alphabet contains thirty-three letters. There are many good resources available online for learning the alphabet.

I recommend spending some time studying the alphabet before and at the beginning of all your Russian lessons.

A solid foundation will serve you well later in your studies. Although it is not too difficult to memorize the letters in order, being able to read whole words and sentences with them takes time.

Remember how difficult it was to learn to read in English (and that’s your mother tongue!). It’ll be just the same in Russian.

Fortunately, learning to read as an adult, and therefore, as someone who is already literate in another language, is easier than a child who has to learn to read completely.

Here are a few things to know about Russian:

It’s totally possible to learn Russian on your own.

The sounds of Russian and its pronunciation

The Russian language differs from English and some sounds will be completely new for beginners in the language. One of the most important things to do is to get used to the sounds and accents of your new target language with the help of Russian pop songs or podcasts.

It is true that we don’t often have the opportunity to hear Russian, so it’s up to you to find a good example!

Here are a few rules of pronunciation in order to improve your Russian:

In order to learn Russian as best as possible, here’s a video that goes through the pronunciation of the different Russian letters:

Now that we know how to pronounce words in Russian, let's move on to the bane of many students: the rules of grammar and conjugation!

It’s essential to know the Russian grammar rules so you can learn the language properly:

I firmly believe that studying grammar is essential for learning any language, even your own native language.

Of course, everyone learns in different ways, but Russian grammar is very complex and the sooner you start learning it in Russian class and begin to internalize it, the better.

The good news is that once you know Russian grammar, it will allow you to speak the language with a higher degree of accuracy, even when you encounter unfamiliar words.

For example, all verbs in Russian have certain endings and tend to follow a certain pattern of conjugation, so your knowledge of grammar will allow you to use the new verbs correctly in your Russian classes.

Conjugation can be a little complicated, so we will only go over a few simple rules.

There are many sites, however, who can help the learner improve their grammar, such as russianforeveryone.com or russianforfree.com.

To be speaking Russian quickly requires you to know some basic phrases which will make it easier for you to get to know each other. No one expects you to be an expert in Russian grammar, at least not at the start! The Russians will not refuse to speak to you because you mis-conjugated a verb during a conversation!

The key to improving your language skills and hitting the ground running is to practice and therefore speak the language in everyday life!

Here are some basic phrases and general niceties to help you make your way in Russia!

And to really get going, many websites offer an immersion in Russian through many useful phrases as part of a language course:

It might also be worth to check our guide to free online Russian classes.

Of course, it’s also worth investing in a good English - Russian dictionary like the Oxford English, or choose to download one for your phone so you can take it everywhere with you!

For a one-size fits all resource, Berlitz's "Russian conversation Guide and Dictionary" is a good compromise!

And just like that, you can learn Russian for (relatively) free!

Some advice to keep improving at Russian

If you are going to travel to Moscow, you will definitely need to learn to speak a few words of Russian.

Indeed, it is one of the few capitals in the world where you won’t be able to get by just by speaking English!

If you want to order at a restaurant or ask for directions in English, you might be waiting for a long time!

In addition, you will quickly be labeled as a tourist, something that’s generally best to avoid if at all possible. Here are some of our top tips to improve your Russian faster and integrate better when you arrive in Russia:

Spatial repetition is a learning technique in which flash cards are repeated at regular intervals.

To improve my listening skills, I focused on one element: listening.

From this point of view, any kind of audio material is helpful: podcasts, radio, cd, etc.

It’s also a great idea to watch Russian films, they are excellent.