Is There an Age Limit for Learning Spanish for Beginners? BlogLanguagesSpanishAre You Ever Too Old to Start with Spanish for Beginners?

There are many things that people start to regret as they get older; not travelling more, not picking up a musical instrument, and never learning another language. When it comes to the latter, it is never too late.

It is therefore no surprise that many people opt to learn Spanish, with a lot of schools teaching Spanish to kids from a young age. But if you want to learn to speak Spanish, you don't necessarily have to be young. A beginner setting out to learn Spanish as second language can be of any age.

Obviously those who choose to study Spanish will need to have a plan of action for learning Spanish, and this will change based on each person's individual goals, as well as their age.

Whether you want to master the Spanish language, take Spanish lessons near me to make new friends, learn Spanish online in your free time, or just learn a new language because it's something you've always wanted to do, age is just a number and everyone can enrich their lives by learning a language. 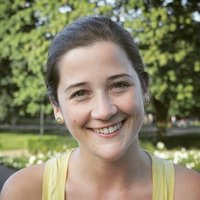 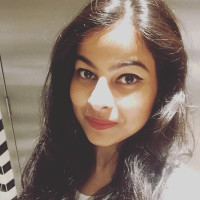 What Does the “Critical Period Hypothesis” Say?

Is there an ideal age to learn a foreign language like Spanish? Are you unable to grasp the grammar needed to speak Spanish once you reach your 40s? Is there a set maximum or minimum age for learning Spanish? These are questions which, if you didn’t know, have been hugely popular among scientists and linguists alike for several decades!

This is also why we thought it was worth mentioning the controversial “Critical Period Hypothesis”. Proposed by Penfield and Roberts (1959) and then Lenneberg (1967), the hypothesis states that there’s an ideal age for learning a language. There’s a window for language learning that closes and makes language learning much more difficult. We call this the “sensitive period”.

Lenneberg, through personal research, suggested that this period begins around age 2 and ends alongside neuroplasticity at the start of puberty. These studies were carried out on deaf children with their acquisition of sign language.

Later, 1989 and then in 1995, studies were carried out to verify this hypothesis and the sensible or critical period. They verified that:

A decline was established over several studies. We should add that this theory is still criticised today and we still don’t fully understand “how and why” this decline arrives.

However, as you might have guessed, learning how to speak Spanish as an adult can't be impossible or there wouldn't be Spanish lessons for adults! In fact, in some ways, adults have a number of advantages over children.

Learn Spanish for Beginners: Advantages for Adults over Children

Almost everyone agrees that it’s easier for a child to learn a language. That’s been proved scientifically.

As we all know, a child’s brain is like a sponge. However, that doesn’t mean an adult can’t learn a language later on in life and become bilingual in it. While it may take longer and be more difficult, it’s far from impossible to get your head around Spanish grammar and learn a few verbs. There are certain advantages to learning a language later in life. For one, you’re more mature.

After several years of studying and working, you know how to work. You’ve got your methods and you know what works. It’ll take you less time to understand certain concepts, too. This can help you make impressive progress.

There’s something else you have that a child doesn’t: concentration. Take a 3 to 6 year old child, for example. We often say that they can only concentrate for 10 to 20 minutes. How could they possibly concentrate for an hour? This is 20 minutes once we’ve managed to get them sitting down and paying attention, too! As an adult, you're much more likely to sit down and study some Spanish vocabulary, or verb conjugation, after one of your Spanish courses than a child is.

On the other hand, this focus can grow over time. Adults still need one thing: motivation. Without motivation, an adult can stop paying attention even sooner.

Motivation is key when it comes to learning Spanish later on in life. This shouldn’t be a problem since learning a language as an adult usually comes from wanting to achieve a form of personal enrichment.

If you’re motivated to learn Spanish, you’ll be proactive in your lessons or foreign language immersion, and remain inquisitive about your language learning and the language itself. If you’re asking when you can start speaking Spanish, you’re probably the kind of person who’ll make rapid progress.

Having such motivation will make studying the slightly more boring topics, such as conjugation and sentence structure, more bearable. It is for this reason that any guide for learning Spanish will highlight the importance of being motivated.

Lexical Similarities with English: Spanish Vocabulary and Much More

As you can see, there are already some advantages to choosing to learn a foreign language in later life. However, there are also disadvantages. There’s one thing you can rely on to motivate yourself as a new learner; Spanish will be easier than a number of other languages because a large portion of English vocabulary shares its roots with Spanish.

As you’ve guessed, the same goes for most non-European languages, too. This is great news for anyone interested in learning Spanish. However, don’t think that this means that Spanish is really easy to learn. It also means that you can’t just put “o” or “a” on the end of every word in English, either!

Are you starting Spanish from scratch? You probably know more Spanish than you think you do. You’ve probably heard a few words, already.

From Private Tutors to Spanish Books for Beginners: How to Learn Spanish When you're Older

Now that we know there’s no age limit to learning Spanish, even if it can be difficult the older you are, we need to move on to the next step! This is the part where we give you a few tips and tricks on how to learn Spanish quickly and effectively.

As a beginner, you'll need to know how to go about learning Spanish, so here are our suggestions...

You probably could have guessed we were going to say that but it’s true! It’s probably not worthwhile going back to college! A undergraduate degree can take a long time and you want to learn Spanish as quickly as you can.

We recommend going straight to a private tutor and focusing on learning Spanish. Learning Spanish with a dedicated personal tutor or Spanish teacher means that the lessons are tailored to you and you can make progress much more quickly than you would in a class. Don't forget that there are also online Spanish tutorials available over Skype if you live in a rural area or can't make it to your Spanish classes.

Rather than sitting in a massive lecture hall and blending into the crowd, get personalised classes! You’ll learn Spanish in no time at all. Your tutor has the freedom to focus on any gaps in your knowledge or things you’re struggling with.

If you're lucky enough to be retired, you might not even want to become fluent in Spanish. Maybe you just want to speak conversational Spanish with friends or family members in Spanish speaking countries. If this is the case, there are plenty of conversational language courses available that can help you hold a conversation with a native, and in doing so you will work on language skills such as comprehension and speaking.

However, if you want to learn to speak advanced Spanish, you are going to have to do a lot more than read a few basic Spanish phrases before you go to bed. That said, intensive language lessons can help you learn about Spanish culture as well as all the intricacies of this fascinating language.

There’s nothing stopping anyone from moving abroad to learn a foreign language. You can go to Spain, Central America, or South America. The choice is yours!

Once you’re surrounded by Spanish speakers, you’ll have a chance to train your ear and get used to speaking Spanish every single day.

There is no black and white answer for how long it takes to learn Spanish, but if your goal is to learn Spanish as quickly as possible and get a good level in a matter of months, immersion is really your only option!

Not everyone can just move to a Spanish-speaking country whenever they want. We know that! If you don’t want to do tutorials or go back to college, what else can you do?

In cities all over the country, there are groups where you can practise speaking a language with other learners. These groups are often found in student towns (where large numbers of students are learning foreign languages) and are operated by students.

There are also exchanges organised by those who’d like to practise English with a native speaker in exchange for helping someone else practice a foreign language. They also organise events for people to meet Spanish speakers. However, the main objective is to practise Spanish with as many people as possible. On your first night, you’ll probably have more conversations in Spanish than you’ve ever had up until now.

You should try the site meetup.com. This site specialises in getting people together based on their interests (learning Spanish, for example). Members meet up and go for picnics or walks, for example, during which you can practice and get better at Spanish.

If you practise enough, you might even end up having dreams in Spanish, too. This is when you really know that you are making great progress!

Finally, the last tip for those who’ve just begun learning Spanish and are sitting in front of their TV, computer, or tablet: movies and TV shows! With so many streaming sites popping up in recent years, everyone has access to media from all over the world. You could use this to find TV shows and movies in Spanish.

Whether you’re learning new words by reading the subtitles or training your ear with them turned off, films and TV series are great for learning languages.

Get a Good Book to Help you Learn Spanish

Whichever method you think is the best to you, it is probably advisable to get a Spanish textbook to accompany your studies. This won't be your only learning method, but it can act as a good way to practise outside of the classroom, or in a different way to your principal Spanish learning method.

Learning a foreign language is extremely useful for jobs in the field of language translations! You can find your ideal teacher on Superprof