The Violin in Africa BlogMusicViolinHow Is The Violin Played in Africa

“A man without culture is like zebra without stripes.” - African Proverb

This proverb, while somewhat humorous, references culture, which includes music. Since Africa is famous for percussion in its music, the violin is in the minority with less than 3% of the population playing the instrument. African drums, and the djembe, in particular, are far more common.

So how do you play the violin in Africa?

What is special about the way the violin is played in African music? 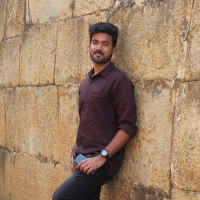 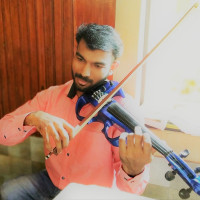 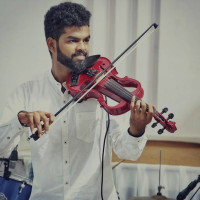 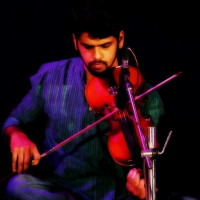 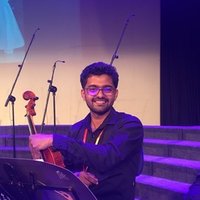 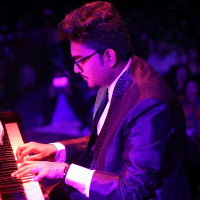 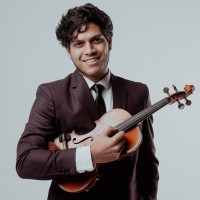 Thus, it’s not uncommon to find instruments similar to the violin in African countries.

Did you know that over 400 different types of string instruments have been found in Africa?

Instruments like the kundi and seto (Central Africa), the sintir (Guinea), and the krar (Subsaharan Africa) are also common. Most of these stringed instruments are used for folk music and local customs.

What are the local customs associated with the violin and related instruments?

The Violin and Stringed Instruments around Africa

As we said before, violin concerti aren’t widespread in Africa. Furthermore, the concepts of classical music, the symphony orchestra, and the string quartet are relatively new to the continent and the musical instrument itself doesn't really blend with local African music.

North Africa, Where the Violin is King

The violin arrived in the region around the 19th century and was quickly adopted into Arabic culture. However, the violin was played on the floor while standing up rather than with a shoulder rest and chinrest.

Did you know that there’s an agreement between Northern African countries called the Sol-Ré-Sol-Ré Accord?

This allowed the violinist to sit down while playing and helped create the nouba. In the 20th and 21st centuries, this trend changed and North African violinists started adopting the traditional European posture with the violin under their chin using a chinrest and, in some cases, a shoulder rest.

As a result, North Africa is where you can find the most violin players in Africa.

The Rest of Africa

In general, Africa is a continent of percussionists with many different types of drums used in traditional music.

With the exception of South Africa, there aren’t a huge number of establishments offering violin tuition. After all, symphony orchestras and orchestral music don’t really work well with traditional African repertoire.

Where Can You Learn to Play the Violin in Africa?

African musical culture is folkloric and passed down from generation to generation either through family members or village musicians. As a result of this musical culture, there are very few musical establishments and even fewer that offer violin tuition. As we said before, you’re more likely to find violins in North Africa, where it’s more commonly played.

However, there are a few places you can learn to play the violin:

There are also private establishments and schools where you can learn to play the violin in Africa:

Generally speaking, there are very few establishments offering higher education and violin tuition on the continent and less than 10% of Yehudi Menuhin International Competition for Young Violinists entrants are African.

That said, that doesn’t mean there aren’t any famous African violinists.

While European violinists like Vivaldi, Beethoven, and Mozart are the first people mention, there’s also a massive musical heritage in Africa. Just like the greats, they played chamber music and were given violin lessons during their youth. There are child prodigies and musicians passionate about string instruments just as you would find anywhere else in the world.

Joseph Antonio Emidy. Born in 1775, this African violinist was a slave before he became famous in the UK. His compositions are part of the UNESCO Emidy Project.

Adama Dembélé. This famous violinist was born in Burkina Faso. His family were wordsmiths and raconteurs, a common vocation in African culture. He played the sokou, a traditional stringed instrument.

Monia Rizkallah. This Moroccan musician quickly developed a passion for the violin and she now plays in symphonic orchestras all over the world. While she doesn’t often return to Morocco, she has performed concerts there.

Jasser Haj Youssef. As one of the only violinists to play the viola d’amore, he’s one of the greatest violinists of his time. Originally from Tunisia, he attended a conservatoire from the age of 8 and was well-versed in all the subtleties of a symphonic violin. He’s now a composer and performer.

Issa Mbaye Diarry Sow. While famous across Europe but not in his native country of Senegal, this violinist has had a wonderful career.

Abdo Dagher. This Egyptian virtuoso is thought of as a living legend by many. Born in 1936, he’s played in several Arab orchestras, including Umm Kalthumm.

Kyla-Rose Smith. This young South African violinist was born in 1982 and was classically trained in the violin. She played the violin alongside Shakira for the World Cup.

As one of the noblest instruments to exist, the violin perfectly complements local and authentic techniques. Of course, you won't be studying baroque music as you would in Europe.

If you can't travel to Africa, don't forget there are private tutors available in the UK such as the tutors on Superprof. Since you're a tutor's only student (in that class), they can tailor all the lesson to you.

Additionally, a large portion of the tutors on Superprof offer the first hour of tuition for free. This is a great opportunity to talk to them about how they teach, what a violin teacher can bring you, and just to see if you get along. Whether you want to learn the violin for fun, get into a prestigious music school (in Africa or elsewhere in the world), or become a professional violinist, you can find a tutor to help you work towards your goals.

For those who live rurally or have a work schedule that doesn't allow them to get regular violin tutorials, there are always online private tutorials via webcam. These are often cheaper than face-to-face tutorials as the tutor doesn't have to cover the cost of travelling in their rates.