The Rules of the Game and More: Your Essential Guide to Kickboxing The combat sport of kickboxing has a long history – bringing influences and inspirations from boxing traditions across the globe. From Muay Thai kickboxing to Brazilian Jiu Jitsu, Taekwondo to full-contact Karate, from English boxing to French savate, all of these different combat sports were brought together to form the thing that we, in the west, now know as kickboxing.

To this fact we owe the beauty of the sport – as well as its potential complexity and heterogeneity. American kickboxing does not necessarily follow the same rules as Dutch kickboxing, just as different world championships – run by different organisations – do not have the same rules either.

So, Glory kickboxing will not be precisely the same as K-1 kickboxing, as each has its own specific regulations. And it should go without saying that Muay Thai boxing and savate are essentially different sports. Find out more about the different types of kickboxing here.

But, for those of you who are looking to get started in the sport – or who are just interested in hearing what it involves – we’ve put together a guide of the essential things you need to know about the sport. And, the important thing here is that we are going to be focusing on the Glory rules, as this is probably the largest kickboxing association in the world right now.

Here we go. These are the essential rules you need to know before embarking on your kickboxing training. And then check out the health benefits of kickboxing! 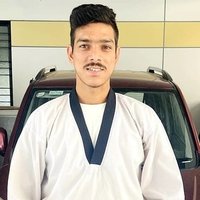 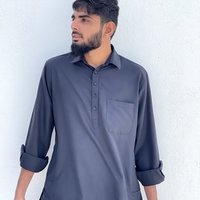 A Guide to Kickboxing Rules.

To the uninitiated, kickboxing – like every martial art – just looks like two people beating the hell out of each other. This, in fact, is precisely not what kickboxing is.

Rather, the bouts are defined and regulated by a very specific set of rules, which outlaw particular moves, which value particular moves over others, and which provide the structure which allow the fighters to be ranked.

Like all martial arts, kickboxing is more about the elegance of the techniques and the agility of the fighter. Just slinging punches and low kicks is never enough.

What’s the Aim of a Kickboxing Bout?

Let’s start with the fundamental question: what exactly is the point of a kickboxing fight? How do you win it?

Whilst many things depend on the particular association under which you are playing, the central aim of essentially all kickboxing matches is the knockout. Quite simply, here, you are aiming to knock the other person out.

This can happen in a number of ways. The first, simply, requires that one of the fighters can’t resume the fight – either within a count to ten or before that if the fighter needs medical assistance.

Besides a knockout – technical or otherwise – a fighter can win through points, which are allocated at the end of each round for the quality of the fighters’ fight. If no-one has suffered a knockout, then points are added up at the end. This is how kickboxing matches can end in a draw.

You’ll have noticed, however, that fighters are often listed with the number of knockouts they’ve dished out. This, primarily, is the aim.

How Do You Score Points in Kickboxing?

In Glory kickboxing, points are awarded at the end of the fight only if there hasn’t been a unanimous winner through knockout.

At the end of each round, points are noted by the judges – of which there are three or five. Scores for each round are one of the following:

Besides the number of knockdowns, the points are awarded for a number of other reasons. These are the amount of damage that one kickboxer inflicts upon the other; the number of ‘spectacular’ or simply ‘normal’ techniques that strike the opponent cleanly; and the degree of aggressiveness.

These ‘spectacular’ techniques are those in which ‘flying’ or spinning is involved – such as the roundhouse kick or high kick. And the point about aggressiveness is to encourage action: you ain’t going to do very well if you limit yourself to self-defense moves. Giorgio Petrosyan is famed for his defense skills, but he has a wicked attack too.

And How Do You Win?

As we said above, kick boxing is won either through a knockout or through the quality of your punching and kicking performance.

Ultimately, this is all up to the judge’s decision – or to the referee’s, if you are fighting at a much lower tier.

Any Other Rules You Need to Remember?

It’s important to keep in mind some of the other rules of the sport. Whilst in Muay Thai you can use elbows and knees to strike your opponent, only the knees are permitted in Glory kickboxing.

The same applies with clinching. This is a common move in Muay Thai, yet, if you want to clinch in Glory, you need to immediately follow it with a knee strike – otherwise it is forbidden and you will be penalised.

Otherwise, avoid strikes to the knee, the groin, and the back of the head and back.

Glory kickboxing is all about fighting techniques striking with the fists and feet: the jab, uppercut, front kick, hook kick, right cross and sweeps are the sort of things you are aiming for. In short, punch and kick.

What is Classed as a Foul?

Anything that is not a legitimate move will be classed as a foul. This includes elbow strikes, biting, head butts, or moves from judo or wrestling. Kickboxing is not really a game of grappling.

However, you’ll be penalised for a whole range of other things too: passivity, ignoring the ref, spitting out your mouthguard, ‘unsportsmanlike conduct’, or continuing to strike if your opponent is on the ground.

Honestly, these are all pretty legitimate. And if you do this stuff, it’s really not a great look.

Some Notes on Kickboxing Ages and Weights.

If you are looking to turn your personal training in kickboxing into something more competitive, then you need to know a few things about the structure of the sport and the different categories under which you might fall.

The main ones regard age and bodyweight – and, again, they are fairly legitimate. It’s not really on if, as a lightweight black belt you enter the ring with a super heavyweight. Whilst you might be in the best shape, there’s not much chance that you are getting up from a straight punch.

How Old Do You Need to Be to Start?

The same applies to age – and there are three age categories that you need to be aware of in Glory kickboxing.

Kickboxers between sixteen and eighteen are juniors, whilst fighters between nineteen and 49 are seniors. Not though, people, that you can’t start to kickbox competitively if you are over thirty. That means that the first fight of all boxers should be before their thirtieth birthday.

Which Weight Class Do You Fall Into?

Whilst other associations have classes for bantamweight, Glory kickboxing do not.

People in a particular weight class will only fight others in the same class. The boxing gloves that opponents wear need to be the same in weight – and competitors need to be ranked similarly too.

How Does Ranking Work for Kickboxing?

You might be interested in finding out how different kickboxers are ranked. Because, a bit like tennis, sure you can say ‘he’s the best in the world’ – but where does that actually come from?

Obviously, to be a world champion, you need to have won a world association championship. But how does a kickboxing champion gets ranked among all the others?

Check out some of the biggest names in kickboxing!

The answer, in Glory rules at least, is through ranking points. These are a little complex.

Throughout a year, during each fight, you earn or lose ranking points. If your opponent has x number of points, if you win, if receive twenty-five percent of their points (or thirty-five for a KO).

If you lose to someone with fewer ranking points than you, however, you lose twenty-five percent of the difference between you and your opponent’s points.

All clear? Good. Now you can learn everything else you need to know about kickboxing.

So, that’s it. What are you waiting for?

Get down to your local gyms and join some boxing classes. With sparring and using the punching bag, you’ll get your heart pumping and you’ll reduce stress. Get fit and get in shape through kickboxing!

Find out what kickboxing equipment you will need!