What Brought On the American Revolution? BlogAcademiaHistoryAll About The American Revolution

As our prime ministers are fond of saying, the UK has long enjoyed a special relationship with the United States - quite possibly because the first settlers in that land that would become the U.S. were British citizens!

Indigenous peoples’ claim to the land and settlers’ origins notwithstanding, the American Revolution is a fascinating slice of political and economic history that gave rise to world power; one who still today is a leader in global affairs.

For better or worse...

Did you know that the Great Depression started in America?

We now go back in time, to uncharted territory that could only be reached by ship, to discover the reasons those isolated colonists rejected kingly rule and established themselves as citizens of an independent, yet-to-be-established nation.

Check here for history classes you can take. 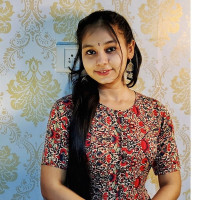 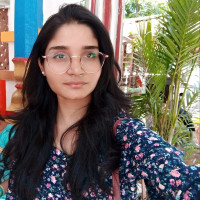 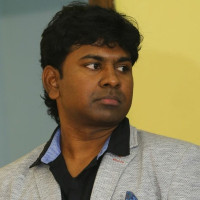 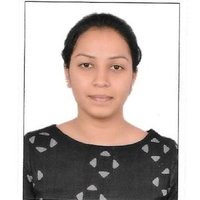 Prelude to the American Revolution

As with every event historical or otherwise, the colonies’ revolt against the Crown did not happen in a vacuum – there were distinct legal and economic reasons for the uprising.

And, as many such eruptions, this one took a long time to build up. Over 100 years, to be precise.

By comparison, the Russian Revolution flared rather quickly but lasted much longer!

Although the Navigation Act, drafted into law by Oliver Cromwell’s Rump Parliament in 1651, that was meant to regulate trade in The Colonies, records show that colonists were not severely impacted by it.

However, it sowed the seeds of discontent and anger towards The Crown; sentiments that were passed down from father to son, through the years, with each insult adding fresh fuel to the simmering fire.

The idea that England and the monarchy should more greatly benefit from the Colonies’ trade and labour than the colonials themselves was the root of their ire.

King Charles II did not help matters when, in the 1680s, he revoked their colonial charter. And then, King James II established dominion over New England – as that region is still known today.

Politically, that meant that not only did the colonists lose their right to an autonomous government but they became subject to England’s laws once again, including the economically punishing Navigation Act.

James II abdicated/was overthrown in 1688. The colonists celebrated their mother country’s change of government with an uprising that cast off dominion rule; the colonies were once again governing themselves.

Subsequent English governments did not attempt to impose leadership on the colonists; instead, they treated them as trading cash cows, fervently taxing them on everything they exported, from wool to hats.

The Molasses Act (1733) was particularly incendiary because the colonies derived much profit from the sticky, sweet substance.

Rather than paying the heavy duties that the law attached to them, the colonists resorted to bribing or intimidating British customs officials working American ports in order to ship their products to other nations.

Here, we see the mindset of those engaged in such trade.

As those merchants tended to be more politically aware, their circumventing English laws shows their readiness to establish themselves as a trading entity in their own right.

By the 1760s, they were ready to fight for total independence from England.

The Fight for American Independence

In quick succession, a flurry of taxation laws was passed in English parliament:

The colonists did not mind those taxes as much as they resented being taxed in absentia.

With no one in Parliament to represent them, those edicts were seen as unilateral and imposing, especially as the colonies were getting no support from England and, in fact, were made to fight wars – for them on foreign soil and against them on their home turf.

Of all of the insults, this taxation without representation was the straw that broke the camel’s back.

The Sons of Liberty, a rebel group, went on the offensive. They demonstrated – not always peaceably, set fire to public records and looted Chief Justice Thomas Hutchinson’s home.

Other colonists, taking a more diplomatic (and less destructive) tack, presented the Declaration of Rights and Grievances at the Stamp Act Congress in New York.

It is important to note that, even at this time, colonialists considered themselves Englishmen, with all of the rights and privileges due them under English law.

You can imagine how those with such a loyalist attitude felt when Parliament expressed the idea that the colonies belong to the Crown and thus were completely subordinate to Parliament rule.

Besides, Parliament contended they were virtually represented, just like every other Crown subject.

It might be seen as a concession to the colonies that the Stamp Act was repealed in 1766 – albeit because of heavy discourse from Benjamin Franklin.

But, if it appeared that Britain was softening its stance, the Declaratory Act (1766) dispelled that illusion: they were keeping for themselves full rights to make laws and dispositions with regards to the colonies.

Nevertheless, that small concession was a cause for celebration, for loyalists and anarchists alike.

What Was the American Revolution and Why was Tea Involved?

Shortly after the Declaratory Act, the British Parliament passed the Townshend Acts (1767) under the false belief that colonists’ grievance was having to pay internal taxes, not customs duties.

Under these new laws, practically everything used in colonists’ daily lives, from tea to the glass to drink it from – anything imported into the colonies would be taxed.

Americans protested these new taxes because they were not meant to regulate the colonies’ trade with other nations but to generate revenue for England.

They had a valid point: already they had helped finance and fight wars, and they were paying heavy taxes as it was: how were they to thrive economically if constantly put upon – unlike other British subjects living in England?

The crux of the matter was really about tea.

The British East India Tea Company was the Empire’s largest company but it was in danger of failing because tea smuggled into America from the Netherlands was much cheaper, undercutting their profits.

The five Townshend acts were meant to ensure that anything destined for the American colonies had to go to England first, whereupon the English could sell goods at a huge markup and tax shipments heavily – and that included tea.

The Commissioners of Customs Act, the fourth of the five Townshends, installed British customs officers in Boston and other ports so that smuggling – of tea and other goods became much more difficult.

Once those worthies were installed, it became much easier to enforce the Indemnity Act, number three of the five Townshends, which voided tea taxes and sold British tea at cost – cheaper than smuggled Dutch tea.

That was seen by the colonists as paltry coercion to force acceptance of the stiffer tariffs on other goods and they didn’t like that one bit!

Now the pressure, on both sides, was really on... just as, centuries later, Europe felt the pressure of Nazi Germany!

A boat belonging to John Hancock ( the initial signer of the Declaration of Independence) was seized in Boston harbor under suspicion of being loaded with illegal tea from Holland.

A large-scale riot broke out. British customs officials, fearing for their lives, fled the scene. To quell the riots and restore order, the British government sent troops to Boston.

A large group of colonialists clusters around the British soldiers patrolling the harbour. They are angry, throwing snowball and debris – chunks of wood and glass. One British soldier takes a hit and, even though no order was given, they all open fire.

Eleven civilians took a bullet; five of them died as a result.

This event came to be known as the Boston Massacre and did much to turn any remaining British loyalists into American patriots.

The soldiers were tried for their actions and acquitted in a British court. As a result, any chance at cordial relations between Massachusetts and London evaporated.

While radical patriots such as Samuel Adams continued to incite anger against Britain, he also implemented and coordinated the Committees for Correspondence in all 13 colonies; a legitimate and respectable way to set up a government to rebel against British rule.

That is downright bureaucratic compared to rebel patriot John Brown, who set fire to a British warship!

Another bureaucrat, Benjamin Franklin, at the time Postmaster of the colonies, intercepted letters that were construed as proof of England’s intent to systematically suppress American rights.

When confronted with this seemingly treasonous act by the British, Franklin admitted to taking the letters. He was then dismissed from his position.

During this time, there were several acts of treason committed but, after John Brown’s burning of the Gaspee, no attempts were made to punish traitors to the Crown.

Meanwhile, the issue of tea was coming to a head.

Boston merchants were appointed to sell British tea exclusively but they were soon forced to close shop under pressure from other tea vendors and the governor of Massachusetts himself.

Furthermore, the governor declared that any incoming British tea ships would be turned back... but not before rascally rebel Sam Adams and his cronies, dressed in Native American garb, offloaded an entire shipment of tea into the harbour.

This event became known as the Boston Tea Party; one of the world's most significant historical events.

Thoughts on the American Revolution

As British control of the colonies eroded, other intolerable acts followed. Indeed, they are now known as the Intolerable Acts:

It is said that the tighter one holds on to something, the faster it will slip away.

That certainly proved true in the case of the American Revolution: the more restrictive England’s laws became, the more reluctant, and then rebellious the Americans became - much as militant Austrians became after their country's annexation prior to the Second World War.

Matters having come to a head in 1775, the colonists turned militant.

When the British garrison received orders to disarm all rebels, said rebels fought back, earning a decisive victory in the Battle of Lexington and Concord.

The first shot fired in that battle, the opening salvo of the American Revolutionary war that launched a brand new nation, came to be known as the shot heard ‘round the world.

So did the shot that launched the first World War!

Incidentally, the special relationship phrase was coined by Winston Churchill in 1946, alluding to his American-born mother – not necessarily to any economic or political ties.

Learn about another pivotal moment in history; the Battle of Waterloo.