The Grace of Redemption: Les Misérables

Creating an engaging musical from classic literary works is nothing new. From that perspective, the stage show based on the work of French poet and novelist Victor Hugo is but one of many musicals.

It is a complex story with many elements – drama and humour, tragedy and romance… plot twists and parallel lines that make it seem nearly impossible to condense the entire story into a couple of hours and a few songs.

The classic novel, though written in the Romantic period when passionate stories fairly littered the literary landscape, was initially not considered for staging by English show writers… that is, until the gift of a music album.

The French composing team of Claude-Michel Schonberg and Alain Boublil had put together an album of songs for their adaptation of Les Misérables, which graced a Paris stage for only three months, in 1980.

The initial leap from written word to musical was that concept album, from which the show derived – a complete reversal of the normal order of things. Usually, the show comes first and, based on popular demand, recordings follow.

The English-speaking world might not have ever experienced Les Misérables had it not been for stage director Peter Farago gifting producer Cameron Mackintosh the French concept album.

Mr Mackintosh, riding the wave of success derived from Cats opening on Broadway, was initially reluctant to embrace Mr Farago’s idea of creating an English adaptation of the French show.

Aren’t we all so glad he changed his mind!

Your Superprof now transports you back in time to pre-revolutionary France, to a time when a man could be convicted to life in prison for petty theft and women were in turn victimized and stigmatized. 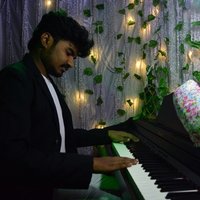 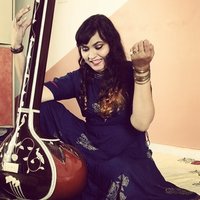 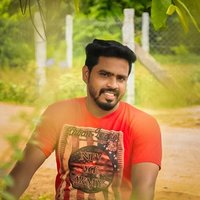 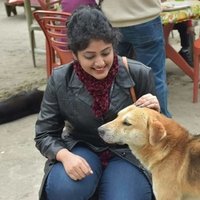 Sentenced to years of hard labour for the reprehensible act of stealing a loaf of bread for his starving nephew, prisoner 24601 finally earns parole after 19 years. As a condition of his release, he must display the yellow ticket that proclaims him an ex-convict everywhere he goes.

That visual leaves him shunned by the public and turned away from respectable employment. No decent lodging house will give him room. He finally finds relief from a Bishop who feeds him and shelters him in the church.

Jean Valjean, formerly 24601, is embittered by the treatment he receives from society at large and concludes that if he will be treated as a criminal, he must become one to survive. He takes a few silver pieces – a chalice and a platter from the church and steals away in the night.

When caught, a scruffy, emaciated figure with such riches in his bag, he is automatically suspect but, upon being dragged to the church by the police, instead of being denounced by the bishop, he is not only validated but rewarded.

That redemptive act changes Valjean. When next we see him, he is prosperous and respected.

He has cast away the yellow card that indicted him and changed his name, a clear violation of his parole which puts Javert hot on his heels.

Even though they now live in the same city, Javert does not recognise Valjean, now cloaked in respectability and fashionable clothing. Instead, a wretched figure thought to be Valjean is arrested.

The former prisoner realises this case of mistaken identity could be his ticket to permanently casting away the shadow of suspicion against him but cannot bear the thought of an innocent man being sent to prison in his place.

He confesses his identity to Javert but pleads for time to arrange his affairs and those of Fantine, the gravely ill woman whose child will soon be orphaned. The two fight; Valjean then runs away.

When he discovers the conditions the child Cosette is kept in and how she is treated, he takes the girl and raises her himself… at a cost, of course. Thénardier would never let his golden goose go free!

Set against the larger backdrop of the June Rebellion of 1832, this human drama is as relevant today as it was 200 years ago when it was written.

The French lyricist had been attending a showing of Oliver! in London when the idea occurred to him that he should adapt Victor Hugo’s novel for the stage. All at once he visualised all of the story’s characters, even the seemingly secondary ones such as Marius and Eponine onstage, laughing, singing, crying.

He could hardly wait to discuss his idea with composer Claude-Michel. They engaged in a lengthy discussion of character analysis – their mental and emotional state and the effect they would have on the audience.

They also factored in the political and social climate of the story's era, along with any commentary or remarks that Mr Hugo himself might have made that he had compiled in his source novel.

The part of the story when Valjean rescues the prostitute from the angry client comes directly from Mr Hugo’s experience.

He had been on his way to his editor’s office, a respected, quasi-famous citizen, when he saw that very scene play out before him: the rejected customer shoving a handful of snow down the woman’s dress and then pushing her to the ground.

She raised her fists to defend herself and the man called for a policeman to charge her with assault. Mr Hugo, having witnessed the whole thing, intervened on her behalf. She became his Fantine and the scene was included in the story and the show.

Once Messrs Boublil and Schonberg decided on the particulars, the latter composed the music as each set of lyrics was completed.

When the entire work was done, Mr Schonberg sang the entire show, accompanying himself on the piano. The recording was a little more than two hours long.

Filling the roles came next.

Packing CTS Studios in Wembley with powerhouse vocals such as Rose Laurens (Fantine) and Maurice Barrier as Jean Valjean, they recorded the soundtrack for a show that did not yet exist.

Discover the mysteries of The Lion King’s soundtrack…

The Most Evocative Songs

English songwriters had half their work already done for them.

The songs were already written; they only needed lyrics in English. Herbert Kretzmer did a bang-up job of things, delivering songs that accurately reflected the mood and the actions of the characters.

It is important to note that he did not simply translate the French lyrics but one might guess that he took inspiration from them. You can recognise his efforts by the song titles alone.

Also, take a closer look at how Chicago uses its music to give the story’s characters more depth...

The original French show was a hit!

It had been projected to run for a minimum of eight weeks but ran for twice that long.

Unfortunately, the venue it played in could not accommodate a longer run. Nevertheless, for its 107 performances, the box office sold nearly 500,000 tickets… and would probably have sold more!

To say that this is a most popular piece of musical theatre would be an understatement. Les Mis, as it is known in English-speaking theatre circles, has picked awards up as though hoovering.

The West End production picked up the Audience Award for Most Popular Show and Patti LuPone won the Best Actress award for her role as Fantine. It was also nominated in several other categories.

That might have something to do with the show’s creative team tightening up production during the move from London to New York; one of the aspects they tweaked was the lighting in the sewers, to make it more dramatic.

So beloved is this testimony of the human spirit that, since its opening night in London in 1985, it has run continuously – only closing in July 2019.

Likewise, it holds the record for the second-longest running show on Broadway.

Les Misérables has twice been made into film, has set (and broken) box office records for ticket sales and, according to Playbill, the Les Mis Original Broadway Cast recording is the second most popular cast recording of all time.

It beat The Phantom of the Opera to take that spot…

Whether you have a thing for revolutionaries or the French Revolution was never your thing, there is no doubt you will find something (everything!) to like about Les Misérables.

Now read all about the new Broadway sensation, Hamilton.

You can also search for singing lessons on Superprof.