Enrich Your Arabic Vocabulary With a Map of the Arab World BlogLanguagesArabicLearning Arabic by Studying the Names of Arabic Countries

Students and teachers of the Arabic language are constantly searching for new and fun ways to learn and teach.

It is not only by traveling through the Arab world that you can learn Arabic.

With the help of a geographical map, you can learn new Arabic words and phrases by studying the etymology and origins of the names of Arab nations, cities, and locations.

Did you know, for example, that Morocco means "land of the setting sun", or that Sudan translates to "land of dark people"?

Don't wait! Improve your Arabic with a bit of Arab world geography! 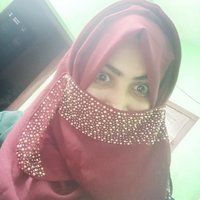 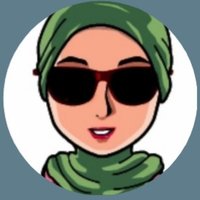 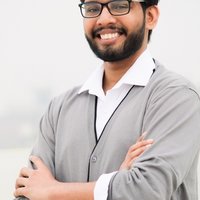 Mastering the 5th most spoken language in the world requires hard work and perseverance.

But, we've got a few tips for helping you overcome any obstacle you might encounter while increasing your Arabic language proficiency.

To be exact, learn how to use a geographical map of the Arab World to deepen your knowledge of Arabic vocabulary.

But how will this help you to learn to read and write Arabic?

Arabic is an official language of 26 countries. Originating on the Arabian peninsula, Arabic has been the language of the Quran and Islam since the 7th century.

Additionally, many countries and famous places have Arabic names.

A study of the semantic and lexicographic nature of the names of these nations reveals a close link between these names and Arabic vocabulary.

The names of a vast majority of Arab countries have specific meanings.

Understanding these meanings can help you memorize a significant number of new Arabic vocabulary words and boost your geographical knowledge at the same time.

Links between these locations and their meanings can serve as excellent memory aids. Let's take a closer look.

Learning Arabic Via the Names of the Countries that Speak Arabic

The prevalence of Arabic speakers within these countries differs from state to state, but holding the status of official language means that it holds legal status in each country.

In other words, Arabic is the language, or one of the languages, used by governments in these countries. It is therefore found in all government buildings, parliament, courts, as well as on all official documents and laws of the land.

So lets have a look at some of these countries, as well as some other places, to see what we can learn from their names.

Morocco is one of the oldest nations in the world. Its origins date back to the founding of the city of Fes by Idriss the First in the 8th century.

The Arabic name for Morocco is Maghreb al-Aksa or al-Magrib, "المغرب", which means "land of the setting sun". This term can also refer to the Maghreb region in North Africa.

As you can see, Maghreb al-Aksa gets its name from its geographical location, where the sun sets, as opposed to Mashriq or al Mashriq, which means "where the sun rises".

Morocco and the Maghreb are also called " al-Djazirat al-Maghrib" which means "the sunset peninsula".

Sharja, or "الشارقة" in Arabic, also written ash-Shariqah, is an Arab Emirate.

Its name comes from its capital city, Sharja, the 2nd most populous city in the United Arab Emirates after Dubai.

Geographically, this Emirate is found in the Eastern part of the UAE, making it easy to understand its meaning in Arabic, "rising sun" (in the East).

Sudan, " السودان" or as-Sudan in Arabic, is found on the African continent.

Sudan's official language is Arabic, and its name comes from the Arabic term, balad as-sudaan, which translates literally to "land of the dark people".  Sudaan is the plural of aswad, the root of which conveys the idea of darkness.

The Arabic people were renowned explorers. Upon meeting the Sudanese people in the course of their voyages, they named the country after the color of its inhabitants' skin.

Later, Arab geographers during the Middle Ages used the term to refer to the African territories located south of the Sahara.

This vast desert found in the northern part of the African continent stretches for more than 3,100 mi. (5,000 km) from the Atlantic Ocean to the Red Sea.

The Sahara, "الصحراء" or as-Sahra in Arabic, refers to the desert region. It translates literally as "desert".

Studying the term "Bahrain" during your Arabic courses will teach you two new vocabulary concepts.

In Arabic,  Al-Bahrayn or "البحرين", is a small island nation off the west coast of the Persian Gulf.

When examining the root of the word, we find "بحر" , Bahr, which means "the sea". To this is added the suffix "اثنان", making it plural.

Al-Bahrayn, therefore, means "two seas" in reference to the waters to the north and south of the archipelago.

We now travel to Tanzania and its former capital, "دار السلام" or Dar as-Salam.

Dar es Salaam is the largest city in Tanzania and the economic center of the country. Historically, it served as the major port for Arab maritime commerce.

Translated word-for-word, Dar as-Salam means "house of peace" or "region of Islam". The term salam refers to both peace and Islam.

Take a moment to find out the benefits of learning Arabic script with an Arabic keyboard.

Learning Arabic isn't so complicated after all!

Next, we'll explore learning Arabic by examining some world-famous sites and locations.

To practice your oral and written Arabic comprehension, take a look at the southern tip of the Iberian peninsula and the Strait of Gibraltar.

In Arabic, this rock formation is called Djebel Tariq or "جبل طارق", which translates to "Tariq's mountain" in English. This famous landmark is named for Tariq ibn Ziyad.

So, thinking of Gibraltar will help you easily remember the Arabic word for mountain, djebel or "جبل".

After mastering the Arabic alphabet, either by using apps or downloading an Arabic keyboard, the next logical step in is to learn the names of colors in Arabic.

Here's a suggestion for memorizing the Arabic word for "red".

Alhambra, Al-Hamra or "الْحَمْرَاء " for Arabic speakers, is a majestic palace located in Andalusia.

It represents one of the major achievements in Islamic architecture.

Its full name, "قصر الحمراء", means "red palace". In Arabic, al-hambra is an adjective that signifies the color red.

We now return to the United Arab Emirates.

Abu Dhabi, " أبو ظبي " or Abu Zaby in Arabic, is the capital of the United Arab Emirates.

The name Abu Dhabi translates to "father of the gazelle" and gives students the chance to learn two more vocabulary words, ab for "father" and dhabi for "gazelle".

The history of this name remains a bit mysterious. Legend says that the name of this city comes  from the nickname of a man who hunted gazelles in the area.

Want to uncover more mysteries of the Arabic language? Sign up for Arabic classes London!

As you can see, there is a multitude of ways to use word associations to learn to speak Arabic.

It takes practice to learn a foreign language, and learning Arabic is not easy. Before taking on the basics of the Arabic language, learners should keep an important point in mind. Spoken Arabic is very different from written Arabic.

Accumulating a large Arabic vocabulary will lead to mastery of oral and written Arabic.

To help you get off to a good start, here are 5 extra vocabulary lessons to enrich your Arabic lexicon.

Algeria, al-Jaza’ir or " الجزائر" in the Arabic language, means "the islands".

This Arabic term refers to the islands found opposite the port of Algiers. Today, these islands are connected by a pier to the port.

Jeddah is the 2nd largest city in Saudi Arabia. Located on the coast of the Red Sea, this metropolis is at the heart of commercial exportation in the Arab world.

Written as " مسقط " or Masqat in Arabic, Jeddah is a derivation of the Arabic word for "grandmother".

Asian tradition says that the tomb of Eve, who believers consider the grandmother of humanity, is found in the city of Jeddah.

Muscat, " مسقط " or Masqat in Arabic, is the capital of the Sultanate of Oman.

The root of this words conveys the notion of "something that falls or lands on the ground".

The addition of the prefix "m", as in Masqat, produces the translation "the place where something lands".

Sana'a, "صنعاء", is the capital of Yemen.

Home to a Muslim university, dozens of mosques, and numerous cultural buildings, the capital of Yemen represents an important Islamic heritage.

The term Sana'a contains the same root as the Arabic words meaning "production" and "artisanal".

There's no need to leave Yemen for this next Arabic word. Aden is a port city on the Red Sea.

From the Arabic " عدن" or Adan, Aden and the word Eden share a common etymology. Both terms come from the Akkadian noun "edinnu", meaning "plain" or "paradise".

The above is only a partial list of new Arabic vocabulary words you can acquire by studying the geography of the Arab world.

You can find a lot of tips for learning Arabic online, and this is just one example.

Learning Arabic through geography is a basic technique for memorizing a large amount of vocabulary words while reinforcing your knowledge of Arabic letters and Arabic pronunciation.