How The Expressionists Changed Art Arts and HobbiesSchool ArtWhat Is Expressionism And How Can I Recognise It?

Unlike some other movements of the era, expressionism wasn't a group of artists who all followed a set of rules and produced work from within those guidelines. Expressionism was freer than that, a point which can be seen in the work of artists that considered themselves expressionists.

Vincent Van Gogh, Symbolist Paul Gaugin, Maurice de Vlaminck and many others all have different styles. But somehow they all come together under the premise of the idea of expressionism. Expressionism is the fundamental idea that the artist has the right to express themselves and their inner emotions through their art. It cast out ideas that artists merely copy ideas from compositions set before them without thought.

They highlight that more interesting is the expression of an artist and the sharing of how they view the world. Perfection and accuracy were replaced by broad brushstrokes, swirling and layered in exaggerated and inaccurate composition. Turmoil and stress were communicated on the canvas, which created the atmosphere and carried the emotion depicted to the viewer. 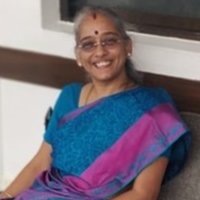 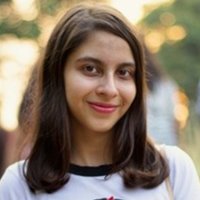 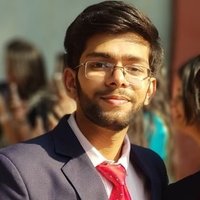 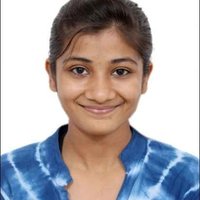 10 Characteristics And Ideas Of The Expressionist Style

You can get a good art tutor here.

The Most Well-Known Expressionist Artists

Vincent van Gogh was born in the Netherlands in 1853. Van Gogh first passion was to become a priest, It took van Gogh many years to follow in his passion for art. He began in an art gallery and had the chance to travel, and later he was supported by his brother to take paint on as a career. He continued his study of drawing, different painting mediums and other artists work for many years. Early in his career, he struggled to find a defined style and experimented with many styles of painting that crossed many artistic styles. You can see this when you look at his body of work.

However, it was when he went to Paris that he really began to find his style as an artist. His interest in colour began here as did his interest in Japanese art, Rubens, gauging and the painting style of the impressionists.

He slowly became mentally unstable, which lead him to the cutting off his ear, manic painting sessions which helped him fight against the insanity. He is famed for living a short but fascinating life which sadly ended in suicide, for painting autobiographical pieces and for his painting style which used broad brushstrokes with colour slapped onto the canvas.

Considered one of the greatest artists of our time. His genius was greatly misunderstood during his lifetime, and he only sold 1 painting. Without knowing it, he pioneered 20th-century expressionism with his expressive paint application which was linked to how he was feeling at the time.

Through his constant experimentation, a fusion of styles and search for new ways to express himself. He probably also pioneered or inspired the fauvism, abstract expressionism,

Edvard Munch was born in Norway in 1863, he had a big family that sadly had a history of illness, weakness, mental instability and sickness. This experience fuelled Munch’s artwork, and he often focused on themes of death, personal loss and illness.

His style differed to many other artists and the brooding style didn't immediately win over critics who found many of his images to appear unfinished. His work, however, continued to be melancholy grounded in the subject of death in one way or another. He found acclaim with his Frieze of life series which are a series of paintings about life, love and death.

The scream is a painting that has been reproduced in different mediums by the artist. He made in total 4-5 versions of the piece; In Oil, tempera and pastel (1893), pastel (1893), Pastel (1895), Tempera (1910), lithograph for reproductions. Munch was a Norweigan painter and so the original title for the piece is ‘Der Schrei Der Natur’ (German title) Which translate to the scream of nature.

Munch came from a family lineage where ill health, weak, sick and mental instability was recurrent. He is quoted as saying that ‘illness, insanity and death kept watch over him all of his life’.

The scream is made up of 3 main parts separated by lines, the line of the railing, the line of the horizon and the line of the land. Dimension is given by the 3 groups of images in the picture. The screamer, the boats on the sea and the 2 figures are walking together in the background. The image is painted with pastel lines of different thicknesses.

The artist was inspired to paint the image while walking one evening and feeling ill. He said he looked at the landscape which seems to be screaming with colour and emotion as the sunset. The colours and the lines make the image seems to be energised. It is emotional, and reflective of the artists experience in that moment and in life.

One of the pastel pieces sold for almost 120m to an art collector at a Sotheby's auction and remains one of the highest selling paintings to date.

Expressionism was about freedom in an era where many of the artists had just come back from war. It gave them an outlet to express what may have been inexpressible verbally. Expressionist art had a dual purpose; to help to purge the artist of his unexpressed emotion and to exhibit it on the canvas.

These anxieties, yearnings, restrictions and reactions to the modern world as it was changing fuelled expressionism. Creating a confrontation between the self and reality, which blurred the lines of how art was seen up until that point and since. Opening the doors to true free expression, artistic experimentation and a historical record of the conflicts of the era.