Grasp The Basics of Econometrics The topic of econometrics came up while chatting with a friend the other day - yes, we talk like that a lot. She holds a degree in accounting and works in a government tax office; it would seem that she might know at least something about it, right?

Colour me astounded! She remarked that she had never heard the term 'econometrics' until reading The Kiss Quotient by Helen Hoang.

In hindsight, I shouldn't have been so surprised. Plenty of people have at least heard of economics and a fair proportion of them have some idea of what that subject is about. Econometrics, it seems, is economics' dirty secret; kind of like the weird relative nobody talks about.

Even the internet has little to say on the subject, but don't take our word for it. Try typing 'econometrics' into your favourite web browser and be prepared to be underwhelmed at the number of hits. And of how little information there is to be had on those pages.

Even Britannica's entry on econometrics is limited to a single page containing just a few paragraphs, and with no sub-headers and no links to further reading on the subjects.

That's why your Superprof has taken on the task of explaining econometric basics: what it is and what it does, how it's used and how it helps shape economic policy across the globe. 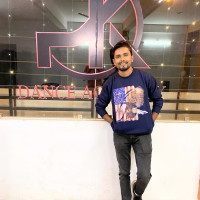 What Is Econometrics and Why Is It Important?

The concept of economics has been around ever since people have been assigning a value to things. Plato, Socrates, Aristotle and other Ancient Greeks; the Sumerians and the Yangshao and the... the list goes on and on.

Every civilization, from antiquity until now, has debated economics.

And that's the rub, really. For centuries, economic debate flourished but very little proof could be given to substantiate those theories. Indeed, even Adam Smith, widely considered to be the father of modern economics, had no better rationale for economic phenomena than 'The Invisible Hand'.

That's not to say that that Scottish economist was lazy in ascribing market forces to some unseen yet presumably benevolent hand; it's simply that, at the time of his pronouncement, the tools - the math did not exist to prove a hand, benevolent or otherwise.

Even François Quesnay, the French physiocrat who produced what is arguably the world's first spreadsheet, correctly deduced that landlords gobbling up the value of agriculture were putting the entire economic system at risk.

Note: physiocracy was one of the best-developed economic theories of its time, centred as it was on agriculture and land. Today's so-called New Physiocrats advocate for a variation on the land value tax, branding it as a unified location tax and positing that it could serve as a primary source of government revenue.

Mr Quesnay had no numbers to back up his claim. His Tableau Economique dubbed those wealthy landowners The Sterile Class, an effective way to illustrate that they produced no economic value. He was limited to drawing lines positing different relationships and possible economic outcomes should the distribution of value change.

He had no numbers to back up his assertion but, then again, nobody did. No economist or physiocrat had much more than theory until about 100 years ago, when Ragnar Frisch and Jan Tinbergen applied scientific methods to economic theories.

Working independent of each other, they both arrived at the same mathematics-driven solutions for complex economic questions. By using multiple linear regression models to translate qualitative statements into quantitative assertions, they could provide concrete analyses of economic phenomena.

Is it any wonder that an entirely new class of Nobel Prizes was established because of them? You should read our in-depth article that explains what econometrics does and how it works; it includes a nice overview of these men's work.

Discover other refresher course in economics on Superprof.

What Is Applied Econometrics?

Thanks to those Nobel Prize econometrists, economists the world over now have a way to put numbers to the various economic theories that have been around for centuries. And, thanks to econometrics, a whole new class of economic study has opened up.

Feminist economics, evolutionary economics, ecological economics, econophysics and others all explore and define discrete avenues of economic activity. They all fall under the macroeconomics header.

Still, whatever type of economics one focuses on, they all use the same tools and follow the same steps to arrive at a quantitative answer to whichever question is posed. Those steps are:

You might wonder why there must first be an economic model if econometrics will provide the answer; isn't that one modelling step too many? Not at all.

Formulating a hypothesis is a bit like saying "I wonder if this has an impact on that and, if so, how much". Of course, that grossly oversimplified but it serves well to show how you first have to qualify your hypothesis - in other words, develop an economic model before you can represent it mathematically.

That's the fourth step, of course.

But this is all just an overview of applied econometrics; to find out more about every step of this process and learn more about the discipline, you need to read more about it.

What Is Theoretical Econometrics?

Applied econometrics involves converting qualitative statements pertaining to economic matters into quantitative assertions that can be measured and studied. Theoretical econometrics sets out to prove that new formulas can accurately draw factual inferences which, in turn, can lead to correct conclusions.

To continue to be a viable predictor of economic conditions, econometrists constantly strive to update statistical procedures - or develop new ones outright. This is a daunting task, considering that what econometrists study, namely economic data, itself is perpetually in flux.

However, theoretical econometrists don't focus on the data so much as the means of analysing it. They study the properties of statistical models and the procedures used to find a given model's unknown values.

Analysing those procedures, in particular, occupies most of theoretical econometrists' time and it's easy to see how the ever-changing nature of economic data could seriously put a crimp in their processes.

In a sense, you might say that theoretical econometrists rely much more on scientific analysis than their 'applied' counterparts. They turn their focus on the math and statistics that drive econometric study to ensure that any new calculating procedures will provide the expected results.

Could one accuse theoretical econometrists of trying to reinvent the wheel? Find out in our full-length article on the topic.

What's the Aim of Econometrics?

It's all well and good that we have a way to quantify economic phenomena and find new ways to test data, but to what avail? What do those masses of data tell us?

Or, more to the point: what answers do we seek from the data econometrists model?

Critics of the discipline aver that numbers can be made to say anything those who manipulate them want them to; there is a fair measure of truth to those criticisms. Still, they are rather belittling, especially since econometrists strive to attain three distinct goals. They are:

Policymakers from the global to the local level rely on econometrists rendering accurate predictions of economic phenomena and, more importantly, any risks that might impact its prosperity.

What risks could impact economic prosperity?

A big one in the US is stimulus money going to landlords. It's wonderful that thousands have avoided eviction (for the nonce) but that money goes into the landlord's pocket. It does little to nothing to move the economic needle.

Ironically, a mass eviction event would have moved the economic needle, just not towards growth.

Another risk: people are wary of getting caught short in the next, inevitable crisis so they're saving their stimulus payments rather than spending them. Their doing so generates profits for banks but, again, does little for the economy.

The IMF, OECD and governments of individual countries must constantly focus on such phenomena to maintain their fiscal health and viability. Econometrists must constantly revise their calculations and predictions to arm policymakers with all the information they need to make appropriate fiscal and economic decisions.

Is econometrics an exact science?

No, not at all. In the last 20 years, world economies have been rocked by extraordinary events that have rattled the global and individual countries' economies. The September 11th attacks, the US housing bubble bursting and, now, the COVID pandemic have all sent economic shockwaves around the world.

Particularly regarding the global downturn of 2008, how could econometrists have missed the signs if they're constantly modelling data?

Let your voice be heard: should econometrists formulate different goals considering those serious misses over the last two decades? How the War in Ukraine Is Rattling the Global Economy

The Economic Impacts of War in Ukraine People start wars for all sorts of reasons. Sometimes they are provoked into war; other times religion or the belief that their nation is superior and they have to prove their belief by force prevails. All animals, especially the more evolved species, fight each other for resources, mates […]