What You Need to Know about the Tudor Period The Tudors are almost certainly the most famous dynasty of monarchs in English history. And with good reason.

With some of the most seismic shifts in British history occurring under their reigns, with the consolidation of the English state, and with all sorts of debauched, philandering behaviour going on in the royal court, there is a lot to be interested in and excited about.

But, apart from a certain King Henry VIII marrying plenty of women – a number of whom he then beheaded – and maybe the Spanish Armada, not much about this fascinating period is incredibly well-known.

Because the importance of the House of Tudor in the history of English kings and queens is not really about the wives so much as the politics. This is the real contribution of Tudor history to the contemporary world as much as to the that of the sixteenth century.

And whilst you can find out about the lives and personalities of the Tudor monarchs in another article, here we’ll be looking at the changes that they made to the Tudor era in general. 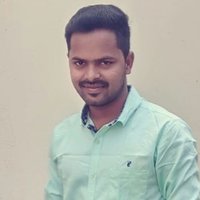 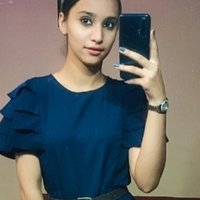 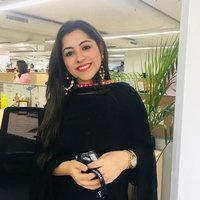 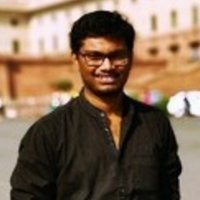 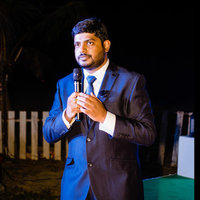 When was the Tudor Period?

The answer to the question, ‘who were the Tudors?’, starts with another question: ‘when were the Tudors?’. Because the particular time in which this most famous of dynasties ruled is largely the reason why so much of significance happened – and why we endlessly return to the Tudors throughout school.

The ‘Tudor times’, as they are often referred to, lasted between 1485 and 1603, from the coronation of Henry VII – or Henry Tudor – and the death of Elizabeth I. This long sixteenth century came after a period of extended war – the Wars of the Roses – and before the consolidation of the first British Empire.

Generally speaking, it was in this period that England prepared itself for the period of global power that began in the seventeenth century.

Who were the Tudors?

Long before the period which took the family’s name, the Tudors were an aristocratic family from the north of Wales.

They came into importance during what we now know as the War of the Roses, a series of civil wars throughout the fifteenth century between the House of York and the House of Lancaster (the former with being identified by a white rose and the latter by a red one).

These wars kicked off due to the perennially problematic monarchical issue of heirs – i.e. which son of whom was actually entitled to be the king. Throughout history, there have been too many similar conflicts on this matter to count – but, generally speaking, a lot of people died because of these disagreements.

Given that the War of the Roses lasted some thirty-two years – through the reigns of Yorkist kings Edward IV and King Richard III – not many of the people who started the war in 1455 were there, in 1487, to see it finish.

And this is precisely why Henry Tudor, the descendant of an obscure Welsh aristocratic line, became the leader of the Lancastrians and a claimant to the throne: simply because everyone else in the Lancastrians with a stronger claim had already been killed in the war.

Find out more about the Tudor period!

The Start of the Tudor Dynasty

As we all know, the Lancastrians – led by Henry Tudor – ultimately won the war, at the Battle of Bosworth Field in 1487. Henry Tudor therefore became Henry VII.

This moment started the Tudor monarchy, which managed to retain power for over a century due to the actions of Henry VII – an often-underrated king. He, through threats and a strategic marriage to Elizabeth of York, managed to unify the two warring houses – and he brought the two symbols together as the Tudor Rose, both red and white.

Nonetheless, Henry VII had plenty of rebellions on his plate throughout his reign, despite forbidding the private armies of lords and dukes across the country. None of them, fortunately, caused him too much trouble.

The early years of the Tudors was characterised primarily by Henry’s financial shrewdness and diplomatic pragmatism.

Throughout his reign he managed to secure treaties with the French, with the Holy Roman Empire, with Spain, and even with Scotland – the long-standing enemies of the English.

Meanwhile, under his leadership, he built up the government treasury – by means of heavy taxation and through his determination to see a healthy wool and fabric trade in England.

Although he wasn’t the most exciting person to have ever existed – and although his reign didn’t see half as much of the drama as those of his descendants – all of these things would be massively important for the rest of the Tudor dynasty.

Let’s quickly run through the reign of Henry VII’s son, Henry VIII, probably the most notorious of the Tudor monarchs. Sure, he had six wives. Sure, he died an obese and grumpy man. And, sure, he was probably quite a charismatic bloke in his time, jousting and writing poetry and music.

But what is important about his reign, really, is the much greater power that he held over the England and Wales than any other king previously had. He made this happen – and it certainly couldn’t have happened at any time other than the sixteenth century.

We generally know that the Break with Rome – in the early 1530s – was due to Henry’s desire for a divorce from his first wife, Catherine of Aragon, and that it caused a whole load of trouble with European powers afterwards.

Yet, this is only half of the story. Because all of the stuff that happened in England in the 1530s – the dissolution of the monasteries, the establishment of the Anglican church separate from the Pope, etc – was the result of all sorts of different pressures and ideas that were coming from elsewhere.

The Reformation and the Tudors

We said earlier that the most important part of knowing who the Tudors were is knowing when the Tudors were. And whilst the facts and events of the War of the Roses makes up part of this ‘when’, the other part comes from elsewhere.

Generally, that other part comes from Europe, where all sorts of different ideas were being spread around as a result of dissatisfaction with the Pope and with the Catholic Church in general.

Such dissatisfaction came from the vast wealth of the Catholic Church, the fact that the clergy did not fulfil the roles that they were supposed to, and the fact that many of the ceremonies in church were facilitated by monetary exchanges – at the expense of the poor.

These issues were widespread. Yet, it wasn’t until theologians such as Martin Luther, Huldrych Zwingli, John Calvin and many others started speaking out about it, that sentiments against the Catholic church had much political impact.

Find out what life was like in the Tudor period.

The Reformation in England

Whilst Henry VIII’s search for a divorce from Catherine of Aragon was the spark that set off the English Reformation, these ‘protestant’ ideas had been in England for a while. Anne Boleyn, the second wife of Henry VIII, was known to hold Protestant ideas – as well as Thomas Cromwell, Henry’s most important advisor.

It was these two forces – alongside Henry’s personal desires – that lead to what we know as the Tudor Reformation, and to the Anglican Church.

And whilst many historians hold that Henry VIII died a committed Catholic, the significance of his actions for the future of England were huge. He brought much more money to the crown than before, through seizures of monasteries and church property and the diversion of church taxes.

This moment provided a key incident in the development of a central state in England – as the monarch became an absolute power in the land.

The Tudors after Henry VIII

These actions of Henry VIII, however, caused all sorts of problems for the rest of Tudor dynasty, however.

Edward VI, the young king who took the throne when Henry died in 1547, was a committed protestant. However, his half-sister, Mary I, or ‘Bloody Mary’, who succeeded him in 1553, was a devout Catholic.

These monarchs’ personal religious convictions made life a little complicated for normal people during these years, as state religion – religion that you were allowed to practice – was not at all time entirely clear. Mary, in particular, developed the reputation for being profoundly authoritarian and murderous – a reputation that is, incidentally, increasingly challenged by historians.

Queen Elizabeth I of England

All of this toing and froing ended with Queen Elizabeth, whose reign is known for religious compromise, cultural brilliance, and increasing diplomatic strength.