Why Buy a Windows Computer? With the launch of Microsoft Windows 10 in 2015, Microsoft seems to have cemented its position as the new operating system of choice for PCs. According to NetMarketShare, a quarter of devices connecting to the internet are making use of a Windows operating system.

So what makes Windows the number one choice for everyday users, be them professionals or individuals?

Why choose Windows over another OS?

While you might have been looking at Apple products, here are our top 10 reasons to choose a Windows PC! 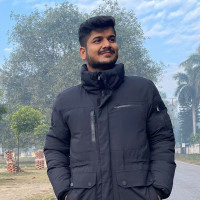 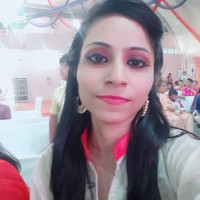 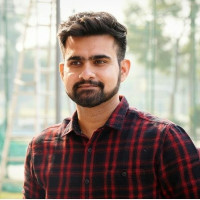 Microsoft: The History and Models Available

Microsoft: Pioneering the Internet with Windows

Windows was the first operating system with a graphical user interface (GUI) in the 1980s. In 1985, to be exact, Windows launched their first version of Windows compatible with a desktop PC. It became very popular and the was used on almost every computer around the world and by the end of the 1990s.

I use Windows on a daily basis and in terms of navigation, it works fine. In fact, since I work from home and all my work is done on my computer, it's hugely important that I have something that I can rely on.

If you are interested in buying a Mac, check out our guide to Mac computers.

When we talk about a Windows PC, we’re talking about a computer that can run the Windows operating system. There are actual Microsoft computers such as the Microsoft Surface.

Some of the more recent versions of Windows are:

In terms of market share, Windows PCs account for 82.16% of the market with Linux accounting for 1.46% of computers. Of course, this doesn't specify which brands of computer people have, unlike an Apple, which is pretty much guaranteed to be running MacOS. For example, you can run Windows on:

If you're a newbie to computers, here is our complete guide to the IT world.

How Much Does it Cost to Buy Windows?

This will vary on the brand you opt for, whether you go for a Microsoft computer or another brand that uses Windows. Before you decide on a budget, you need to ask yourself the following questions:

For example, you can buy a copy of Windows 10 for £119.99 for one computer. You can get laptops for cheaper than PCs except when it comes to gaming. An entry-level Windows laptop will cost you around £300. While you’ll pay £119.99 for a copy of Windows to install as a new OS, a lot (almost all) computers will come with it included.

Check for a good IT course here.

1: An Operating System with Experience

The first version of Windows dates back to the 1980s. While the first OS with “windows” was made by IBM, since Microsoft’s first foray into the market, they’ve been on the up and up and, for a long time, seemed to have a monopoly in terms of operating systems.

With the new Windows 10 (which came out in 2015), a new browser, and new functionality, Microsoft remains the market leader when it comes to operating systems.

The latest version was a welcome update in terms of the look and the effectiveness of applications.

Microsoft is the preferred OS for businesses.

Because Microsoft has provided businesses in the US with digital tools since the 1980s at a price that American firms couldn’t turn their noses up at. The same would later be true for Europe and then Asia. Nowadays, it’s very tricky to find a business without a Windows computer.

Bill Gates has always understood the needs of American businesses. This has helped Microsoft become recognisable in the public eye.

It’s really easy to get started with Windows, too.

3: Windows Is Available at Unbeatable Prices

For around £300 you can get a lightweight laptop that’s great for everyday use. Of course, while this is the cost of an entry-level laptop, you can pay a lot more if you need something powerful for playing the latest games, for example.

While the Windows Store is at the heart of Microsoft tablets, Windows Phone, and computers running Windows 10, there are plenty of universal programmes that you can get for any Windows computer. Skype, for example, can be used for calls and video conferencing on almost any computer using Windows.

If you want a new Windows PC, you’ll be able to download a plethora of apps and programs for your system. It doesn’t matter if you replace your old LG with a Lenovo, for example.

There are also integrated programmes and apps like Windows Defender and Windows Server which can protect any computer regardless of its brand.

Whether you’re using a laptop, desktop, or tablet, it’s up to you. By choosing a Windows computer, you’ll get:

There are plenty of accessories and devices for both individual and professional use.

With Microsoft OneDrive, anyone with a Microsoft account can store photos, videos, and files. The paid-for versions start at £1.99 a month.

It’s also easier to save to the Cloud with Gmail and Google Drive from a Windows PC. This is very useful if you need to change computers.

The Windows Get Help App can provide you with support. You no longer have to look for the “Help” tab, which is often of little help.

This can help you use your computer and Cortana is a bit like having your own personal assistant. If you played the Halo games on the Xbox (also made by Microsoft), you'll recognise her voice.

While you might have problems with bugs and programs operating slowly with an older version of windows, in my experience, updating to Windows 10 sorted out a lot of the problems I was having.

With Windows 10, the Start Button and Start Menu are back alongside the taskbar after having disappeared for a few years. This is good news for purists, who were very unhappy with the decision to remove it. This is a quick way to access your files in just a few clicks.

Thanks to regular upgrades, Windows is more effective than ever when it comes to everyday use. There’s a reason that professionals love the design and functionality of Windows.

Additionally, when a new version of Windows is released, it's often very easy to upgrade. My older laptop was running Windows Vista (which wasn't great) but I got a free Windows 10 Upgrade and never had to install the hugely unpopular Windows 8 that was like having a giant smartphone or Surface Pro if you used it on a desktop computer or laptop.

9: Windows Graphics Are Better for Gamers

Have you heard of Nvidia graphics cards?

Any self-respecting gamer needs to have a decent graphics card so that they enjoy beautiful games without the framerate dropping. Some of the most popular cards include:

What's the best thing about them?

They’re only available for Windows systems! Windows has been the OS of choice for playing online, especially with Intel Core i3 and Intel Core i5 processors.

Interested in getting to the source of things? Why not take some coding courses with a Superprof tutor?

You can also check out our price guide to computers, and check if you would rather get a PC or a laptop.

Most users know that Microsoft Office is available for both business users and individuals. Everyone’s familiar with Word, Excel, and PowerPoint to such an extent that they’ve entered the everyday lexicon. Additionally, you'll probably need to be familiar with these programmes if you're looking for work as it's generally expected that most employees working in offices.

Have you already used PowerPoint to make a presentation?

Whether it’s for everyday use, work or play, are you ready to buy a Windows computer?

If you're not convinced, you should consider checking out our article on the reasons to buy an Apple.