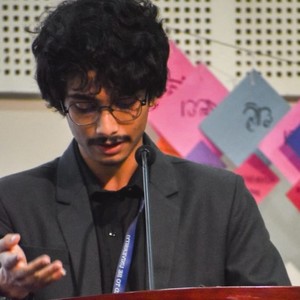 I follow the bottom-up approach while teaching. I would either start with an example or a story about the idea I'm about to teach and then via the story/example start from the base of the idea. The foundation matters and once the concept is understood, the way becomes easier.
My classes would be available to anyone in Grade 9 or above.

I am a second year student of Journalism Psychology and English at Christ (Deemed to be University). I have done three online courses from Yale, Edinburgh and IIT Madras in political theory and philosophy and have been a part of a panel on Democracy and Media with two senior political scientists by my side. Having taught my batch mates in class and having made political explainers on YouTube, I have a fair idea and experience of teaching.